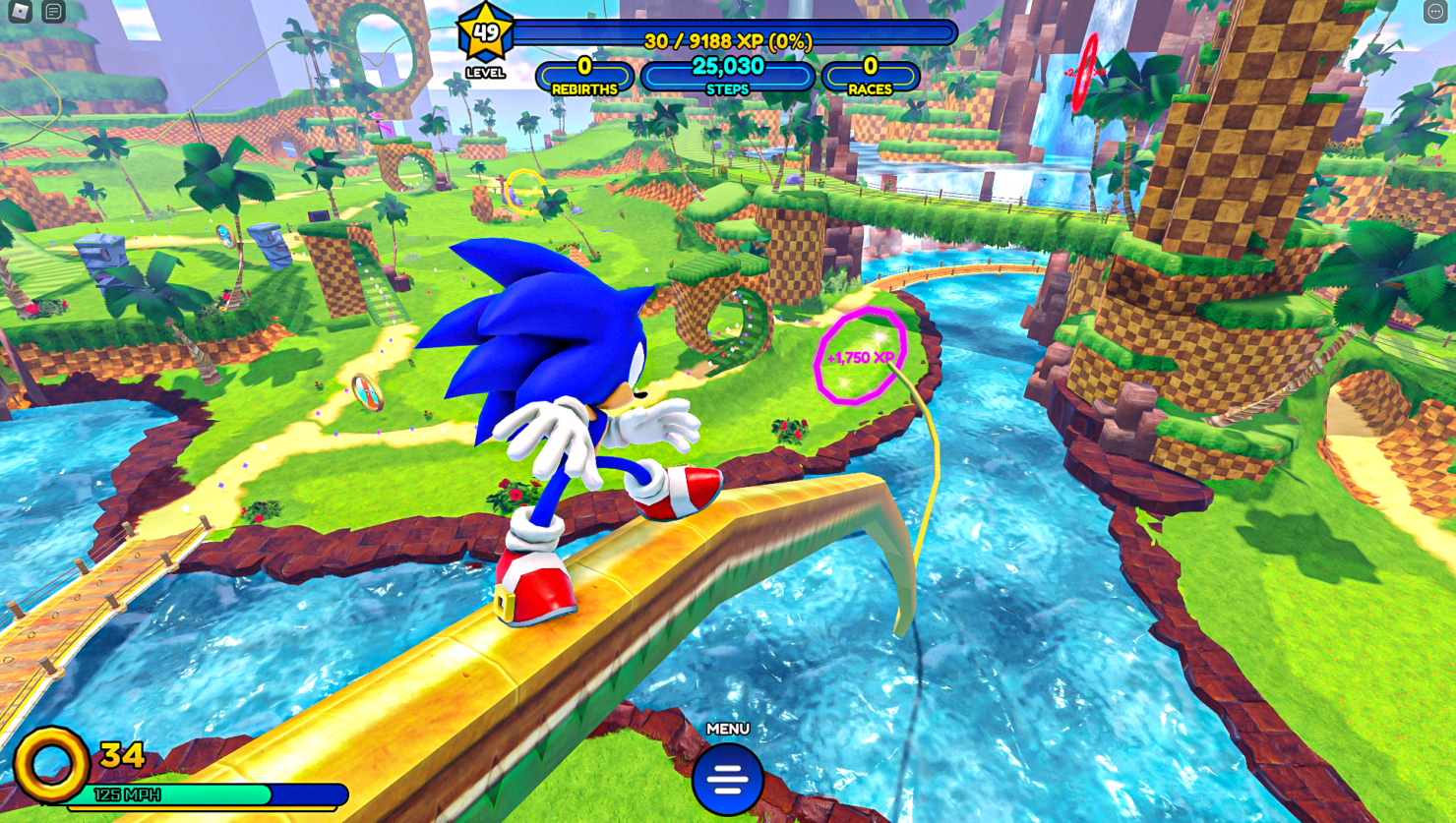 Roblox is probably one of the most downloaded titles in the gaming industry, being introduced to players nearly 16 years ago, back in 2006. Through the power of the in-game tool Roblox Studio, it has tools that allow players to create their own sub-games within itself, and as of April 2020, about 20 games have been accessed over one billion times, and players log millions in hours daily.

People within Roblox’s community have also reached out to official publishers, and one such case is Gamefam partnering with SEGA. This union brings Sonic the Hedgehog to Roblox in an official capacity. Through developer Gamefam, Sonic the Hedgehog jumps to the massively popular service in the form of Sonic Speed Simulator, the first time a AAA gaming character has done so.

Sonic Speed Simulator, in essence, features Sonic and others as players can race through unique worlds, gaining speed and racing their friends. The game also features a level-up system and also has unlockable pets that can increase stats, such as maximum speed. Players will be rewarded with an exclusive community Sonic the Hedgehog skin after reaching 10,000 likes in Roblox.

Gamefam, the developer from Roblox’s side, is no stranger to collaborating with other companies. Their previous work includes collaborating with the likes of Ubisoft, Mattel, Sony, MGA, and more to create highly engaging experiences for players.

Joe Ferencz, CEO of Gamefam said the following in a press release:

We’ve worked closely with SEGA to create an official Sonic the Hedgehog experience on Roblox that will authentically delight the hundreds of millions of Blue Blur fans around the world. We’re proud that SEGA entrusted our talented team of creators to bring Sonic to the metaverse and deliver the highest velocity -and probably best-looking- game in Roblox history.

Sonic Speed Simulator is available to play right now within Roblox. Roblox is available to download from the official website, or from most digital retailers, be it on consoles or mobile phones. This Sonic the Hedgehog simulator seems like it'll be a permanent fixture rather than a limited-time event.