Everyone knows over here that Exynos 7420 is not a mobile chipset to be trifled with. While next generation SoCs like Snapdragon 620 and Snapdragon 820 are able to barely zip past Exynos 7420 (and that too, just in the single core test), LG’s own developed NUCLUN 2 makes short work of Samsung’s powerful ‘system on a chip’ in the latest Geekbench results. The reason why you have every reason to be excited is because NUCLUN 2 is not only able to zip past the 14 nm FinFET processed chipset in the single-core test, but in the multi-core test as well. 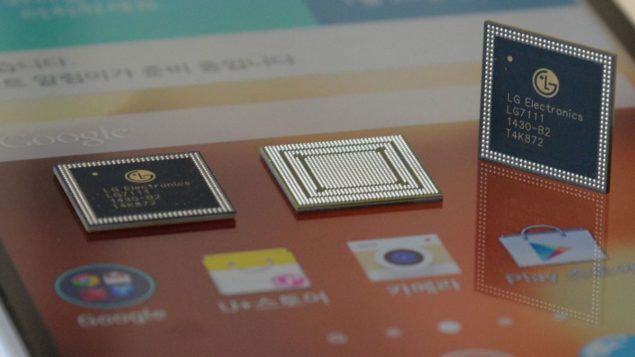 NUCLUN 2 Is Processed On 16 nm FinFET Process; Mass Production Expected From Next Year

According to Weibo, a screen shot showing the benchmarking results of NUCLUN 2 were shown, and the chipset is able to walk all over Exynos 7420. Given below is the score comparison of both mobile SoCs.

It is quite obvious why NUCLUN 2 is able to prevail in these benchmarking results. Thanks to an octa-core processor where one-half of the processor comprises up of four Cortex-A72 cores, we’d be surprised if Exynos 7420 was able to win over LG’s own SoC. Perhaps the 85,000+ points scored from the mysterious LG device might feature the company’s NUCLUN 2. Looks like we are going to have to wait to find out. 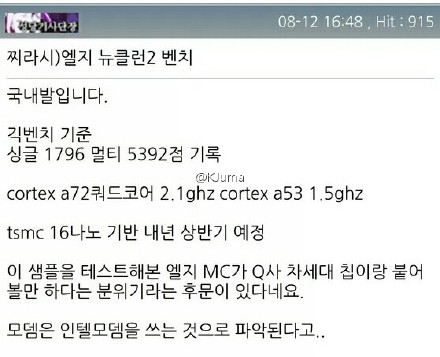 NUCLUN 2 has been processed under TSMC’s 16 nm FinFET process, and features the following CPU combo:

Additionally, for blazing fast mobile connectivity speeds, the chipset will also be assimilated with Intel’s cellular modem. Mass production of NUCLUN 2 is expected to commence during the second half of 2016, which only means that we could very well be seeing one of these powerful goodies inside LG’s future flagship offerings. Looks like only time will tell if this happens or not. Looking at the scores, we are thoroughly impressed with what NUCLUN 2 is able to bring to the table.