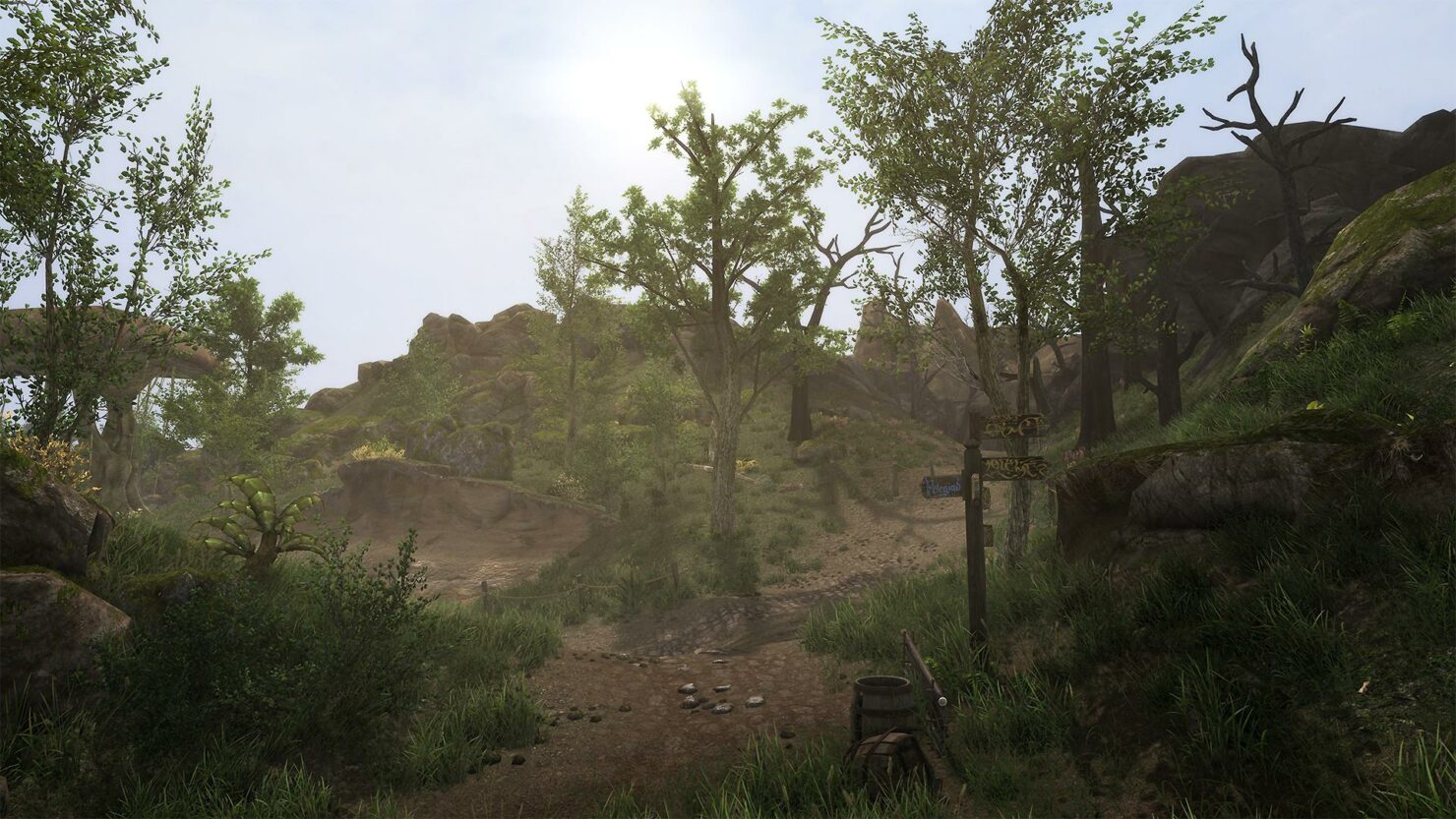 Skywind received a new 'Call of the East' trailer just last month and we thought it would be a while before we got another update. However, the modders of the TESRenewal group were at Gamescom 2019 this week to showcase a gameplay demo of the total conversion mod project.

You can check it out below. So far, it's the most polished look we've had at the project yet.

The first official gameplay demo for Skywind shown at Gamescom this year! Two of our developers had a chance to talk about the game during GameStar’s live coverage of the convention. Check out the link above to hear their commentary and insight. While we want to show off iconic things like levitation, cliff racers, and new dungeon types, we felt the need to show something more polished and presentable for Gamescom. This gives a great preview of our music, voice acting, spears, town AI, and more but we know it isn’t exactly groundbreaking. We’ll have more gameplay to share in the coming months that will give you a rougher but more in depth look into the current state of the game and it’s unique systems, so be sure to subscribe and keep an eye out for that!

As a reminder, to play Skywind you'll need to own (and have installed) the following titles:

However, do note that at launch the two Morrowind expansions, Bloodmoon and Tribunal, won't be available. The developers have said they might add them to the game at a later date.

Keeping the same spirit of the original Morrowind release, Skywind will let you kill pretty much every character in the game, although that might break the storyline. Horses won't be available as well, though fast travel is there as it's baked into the Skyrim engine. On the other hand, some improvements from Skyrim like smithing and crafting are expected to be in Skywind once it releases.

For those that would rather see Oblivion remade in Skyrim, there's also Skyblivion, in development at another TESRenewal modding group. A new trailer for that came out earlier this month, with the makers confidently stating the completion of the project is almost in sight.