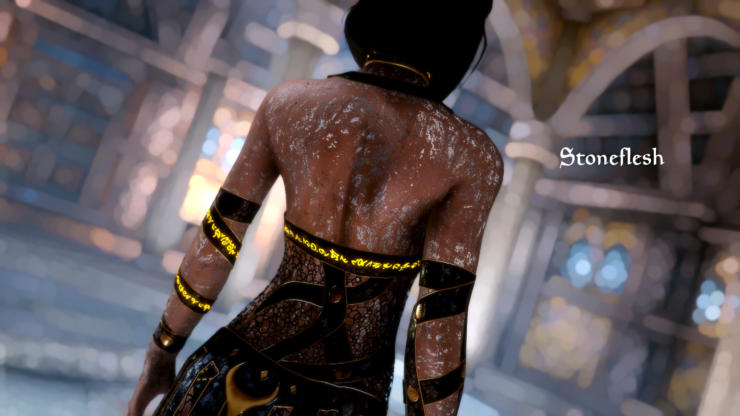 Two new mods for The Elder Scrolls V: Skyrim Special Edition have been released which offer proper animated flesh flow effects and a gloomy touch to the world of Skyrim.

Created by modder ‘Deserter X’, the FleshFX mod replaces Skyrim’s infamous alteration flesh glow with proper animated effects. “Removes the terrible green glow and replaces it with animated textures”, the mod’s description reads. “There is also a new effect at the end of the spell circle.”

The mod works on both female and male characters and only affect the skin. In addition, the modification also works on any NPCs and followers casting alteration spells.

The Skyrim Special Edition FleshFX mod can be downloaded through Nexusmods here.

We also wanted to share another mod for Skyrim Special Edition today – ‘Firemanaf’s’ Ominous ENB mod that aims to bring an ominous feel to world of The Elder Scrolls V. The mod includes a gloomy color palette, subtle lighting and dark skies. In addition, various performance options are included alongside DOF strengths and a Night Eye Fix (Off By Default).

The Elder Scrolls V: Skyrim Special Edition is available globally now for PC, Xbox One and PlayStation 4. These mods are only available for the PC version.