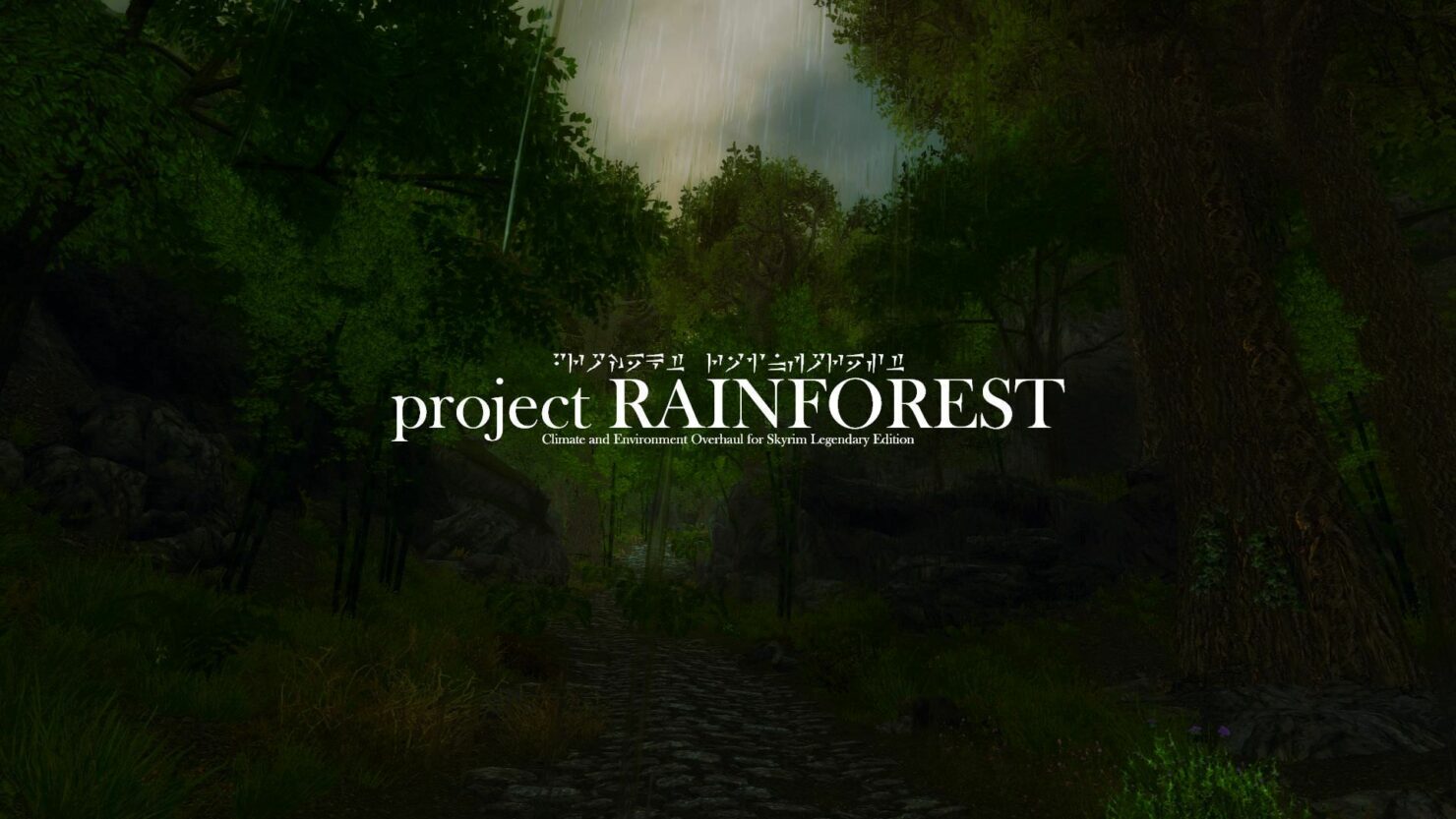 Created by modder ‘sa547’, the tropical rainforest mod overhauls most worldspaces of the base game and expansions. Icy and snow interiors have been changed to temperate green caves, and icicles and ice sheets are removed or replaced with lily pads. In addition, the mod swaps snowy weather with rainstorms. The full list of features has been included below:

Version 1.1 of the mod includes various fixes to trees and should offer performance gains over the initial 1.0b Beta version.

A video and some screenshots of the mod in action have been included below: