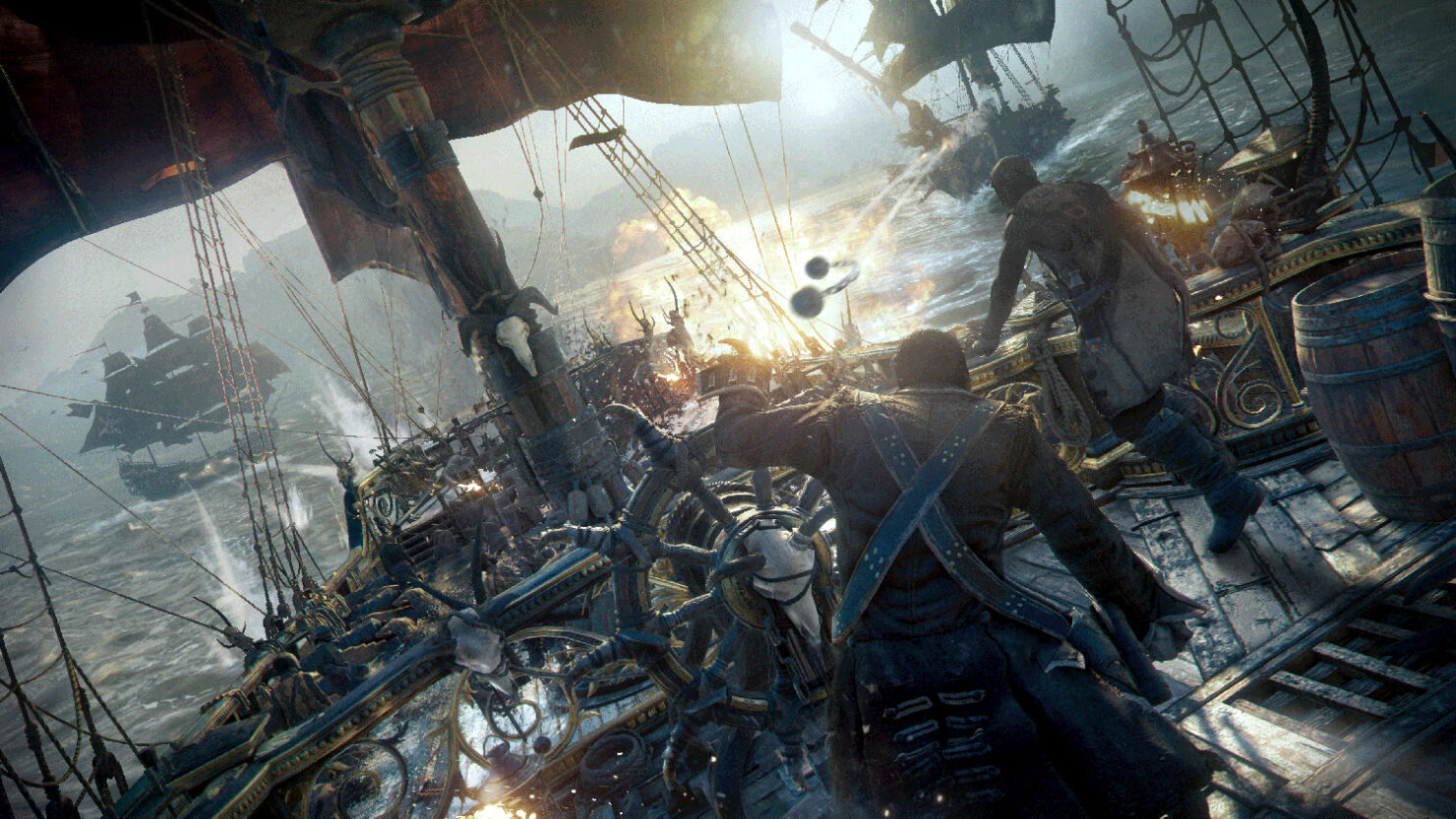 At E3 2018, Ubisoft has released a new cinematic and gameplay trailer for the upcoming Skull and Bones.

We’ve included both new trailers down below. The gameplay trailer shows off the multiplayer open world of Skull and Bones' Hunting Grounds.

Sail the high seas of Skull and Bones, an online naval open world game set during the Golden Age of Piracy in the exotic and untamed frontier of the Indian Ocean.

SKULL & BONES is an online naval game that will take players across a dynamic, shared open-ocean that reacts to their actions and evolves to continuously challenge them. Building upon the studio’s naval gameplay expertise, SKULL & BONES introduces an innovative wind system that gives gamers tactical opportunities to navigate more quickly, shoot further, hit harder, escape deadly blows, and position themselves to decimate their victims. Gamers will also be able to build their own fleet of ships, which can specialize in different battle conditions using the game’s extensive customization options.

“SKULL & BONES is the game that our team has dreamed of building ever since we first set sail singing along to sea shanties and we are excited to finally share our vision here at E3,” said Justin Farren, creative director. “Thanks to our systemic living world, our gameplay innovations, a strong fantasy and the team’s commitment to support the game in the long term, we believe that SKULL & BONES will bring players a unique experience allowing them to live the intriguing and thrilling life of pirates.”

Skull and Bones will release for PC, PlayStation 4, and Xbox One in 2019. The game was initially slated for a release this year.