Ross Ulbricht, founder of the notorious online marketplace Silk Road, was sentenced to life in prison on Friday in Manhattan. Considered as the mastermind behind the underground website Silk Road, the marketplace was used to sell and buy drugs anonymously. 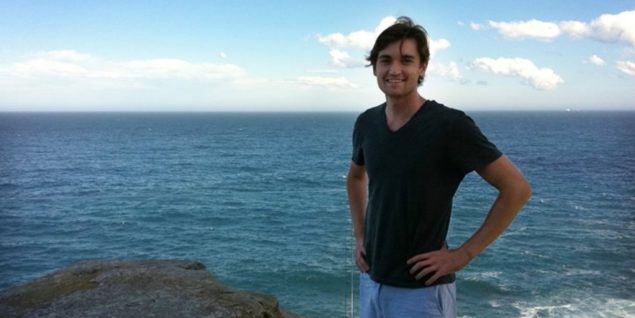 Silk road was an unregulated online market place used for the sale of LSD, heroin, cocaine, and other illegal drugs. As much as $214 million worth of transactions were facilitated over the network in its three years of lifespan before it was shut down in 2013 by FBI. Working in the so-called dark net, the platform allowed complete anonymity and secrecy keeping the store out of law enforcement.

According to authorities, over 1.5 million transactions were carried out on the website involving over 100,000 buyer and several thousand seller accounts. These transactions were paid through Bitcoins and according to officials, Ulbricht under his pseudonym Dread Pirate Roberts took millions of dollars in commissions.

Ulbricht had earlier pleaded for leniency,

"I wish I could go back and convince myself to take a different path."

Facing a minimum of 20 years in prison on one account, a much longer sentence was handed down as Judge Katherine B. Forrest told the convicted, “what you did in connection with Silk Road was terribly destructive to our social fabric.”

Prosecutors have described the Silk Road founder as “the kingpin of a worldwide digital drug-trafficking enterprise.” The jury wanted to make an example of Ulbricht by deterring others from committing similar crimes online. Earlier in the week, Preet Bharara, attorney for Southern District of New York said in a sentencing memorandum,

“He developed a blueprint for a new way to use the Internet to undermine the law and facilitate criminal transactions. Using that blueprint others have followed in Ulbricht’s footsteps, establishing new ‘dark markets’ in the mold of Silk Road, some selling an even broader range of illicit goods and services.”

Joshua Dratel, Ulbricht's lawyer, has said that he would appeal the case. Ulbricht in his letter to the judge had expressed his remorse,

"If I had realized the impact my creation of Silk Road would ultimately have on the people I care about most, I never would have created Silk Road. I created it for what I believed at the time to be selfless reasons, but in the end it turned out to be a very selfish thing to do."