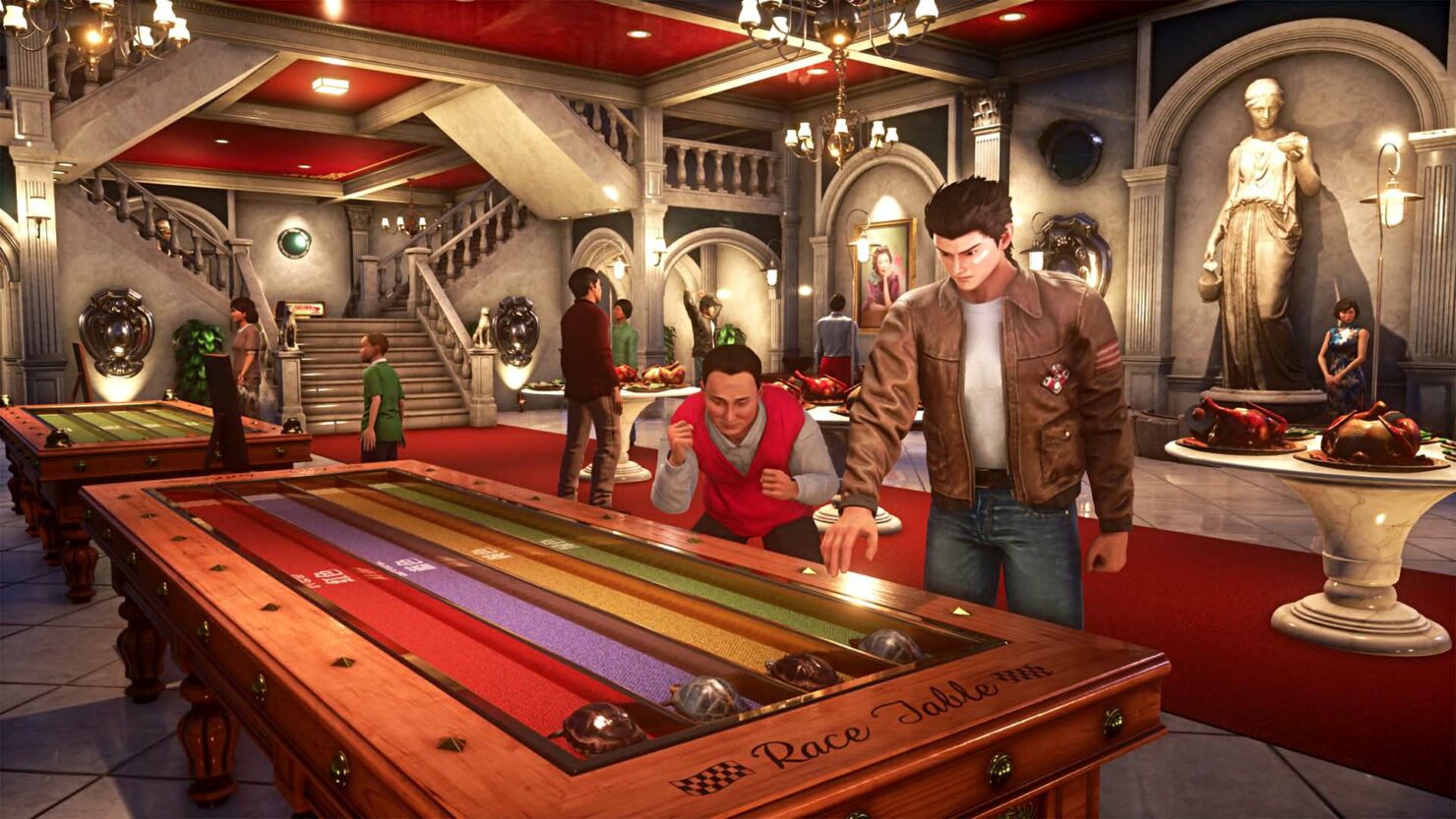 Shenmue III was always a gamble. It's a series that has never done well commercially and the third release was no exception. It faltered even more with moves made before launch, cutting out the wishes of fans that had pumped millions into its Kickstarter.

Shenmue III is a dated game, mirroring the dated techniques of designer Yu Suzuki. That much was said in our review by Nathan. That doesn't mean the game can't follow some modern trends, though even modern(ish) concepts like DLC can't avoid being Yu Suzuki'd. The previous DLC was a racing mini-game (new Virtua Racing incoming?), at least this piece is looking a little more normal. Introducing Big Merry Cruise, a ship seemingly full of gambling mini-games and other activities to do.

A new cruise ship has arrived in the Niaowu harbor; What better way than to enjoy a few relaxing games? Various types of entertainment can be enjoyed aboard the ship, as well as challenge missions which can only be played there! Ryo also has the chance to gain new outfits that can be obtained by clearing mini-quests encountered onboard.

The stakes are high, but so are the rewards!

Naturally, you need to have reached Niaowu to be able to board the ship.

Honestly, I don't have an issue with this being the sort of DLC being put out. The reason I love games like the Yakuza series is the wealth of mini-games and side areas that permeate Kamurocho. Shenmue III, to me, always felt like a cheap person's Yakuza. Actually adding this wealth to the game, even if they're charging a little for it, is something I'm interested in. I know that I'll buy the DLC and give it a go, if only to do a bit of in-game gambling that doesn't cost me any real-money beyond the price of entry.

Shenmue III - Big Merry Cruise is coming out on the 17th of March and will cost £3.29 or your local equivalent on the Epic Games Store and PS4 Store.