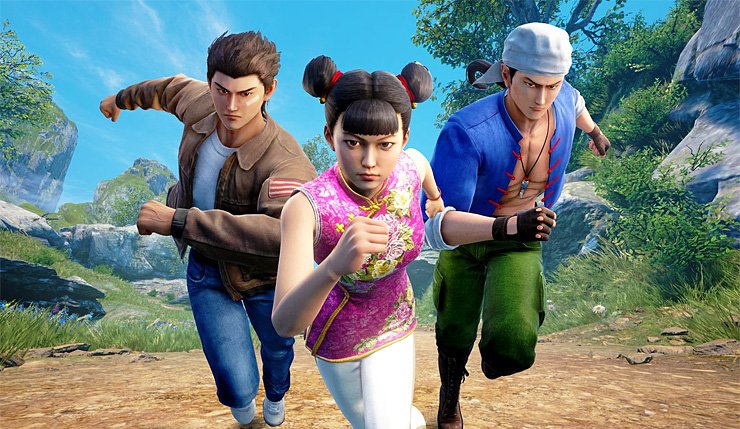 Shenmue III just keeps on marching to the beat of its own drum. Yu Suzuki’s long-awaited sequel has announced its first DLC, and it’s…an on-foot racing mode? Battle Rally will see Ryo and two other characters dashing around Shenmue III locations in a bid to cross the finish line first and win some “truly awesome” prizes. We don't have a trailer for the mode yet, although a rather dynamic piece of art (which you can see above) has been released.

Here’s a bit more detail about the Battle Rally DLC:

Battle Rally offers fresh gaming activities in a race unlike any other, as contestants engage in head to head battles whilst racing their way through the course. Furthermore, for the first time in Shenmue III players will have the chance to step into the shoes of another protagonist! In addition to playing the hero of our story Ryo Hazuki, players can also choose the treasure-seeking Wuying Ren and making her first appearance in this game, Ryo's sparring partner, Wei Zhen. Cross the finish line in first place to win some truly awesome items!

Battle Rally is available as part of Shenmue III’s $15 “Complete DLC Collection,” or can be purchased a la carte for $8. Honestly I still have a lot of questions about the mode – can you play against other people? Will it feature different controls, because Ryo isn’t terribly quick on his feet in the base game. Maybe play it cautious with this DLC.

While you may want to wait before buying the Battle Rally DLC, Shenmue III is definitely worth checking out if you can put up with some old-school design. I found it to be a charming, relaxing experience in my full review…

Shenmue III is available now on PC and PS4. The Battle Rally DLC drops on January 21.