It’s hard to believe I’m actually reviewing Shenmue III here at the tail end of 2019. Shenmue and its first sequel were hugely influential games, establishing the framework countless other open worlds have been built upon, but unfortunately, they were also ahead of their time. The first two Shenmue games just didn’t connect with early-2000s audiences, at least not to the degree needed to cover their bloated budgets. Shenmue creator Yu Suzuki spent years struggling to revive the series, but it was all in vain until the advent of Kickstarter, where Shenmue III managed to amass a whopping $6.3 million from fans (still the most successful Kickstarter campaign ever for a single video game).

Of course, as we’ve seen before, a lot of Kickstarter cash doesn’t always translate into a great game. Does Shenmue still have something unique to offer players in 2019? Or does the master no longer have what it takes to compete? Time to put this old warhorse to the test… 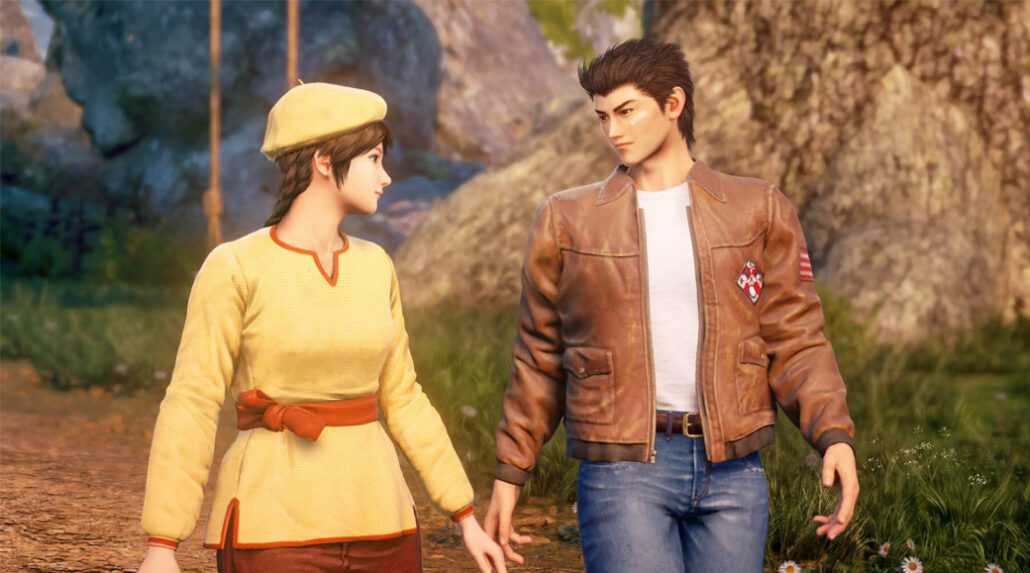 For those who haven’t been keeping up, or just need a refresher after two decades, the Shenmue saga follows stone-faced martial artist Ryo Hazuki’s attempts to avenge his father’s murder. Dear old dad was offed by the villainous Lan Di, who steals an artifact known as the Dragon Mirror. Ah, but the Dragon Mirror is useless without its counterpart, the Phoenix Mirror, which Ryo finds hidden under his father’s dojo. From there, Ryo sets out to discover the meaning of the mirrors and kick Lan Di’s ass, with his journey taking him through the streets of Yokosuka, Japan and Hong Kong. Shenmue III kicks off shortly after Ryo arrives in the quaint Chinese village of Bailu, which he believes to be the source of the Dragon and Phoenix Mirrors. He’s aided there by Shenhua Ling, the helpful daughter of a local stonemason Ryo needs to find, as he might have key information about the mirrors.

The Shenmue series has never been known for its natural-sounding dialogue and the latest entry in the series proudly carries on that tradition. Shenmue III’s conversations are stilted at the best of times, and sometimes Ryo and other characters’ lines just straight-up don’t match or make sense. Ryo will often just drop an “oh, nothing” or “no thanks” in the middle of conversations, apropos of nothing. Really, it’s almost an accomplishment to have dialogue this badly localized in 2019. The amusing side effect of this is that poor Ryo comes off as the most awkward human being ever, to the point it’s actually kind of endearing. The fact that the worst conversationalist in history is still out there every darn day canvassing for clues so he can avenge his father shows how much he cares. 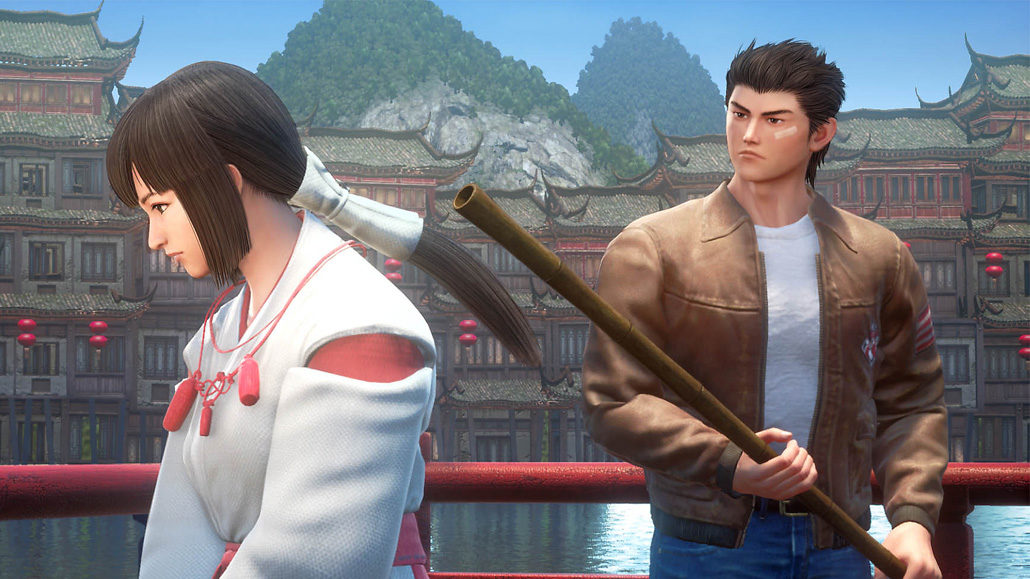 As clunky as Shenmue III’s writing can be at times, the game’s story still grew on me. The Shenmue saga seems like a straightforward revenge drama at first glance, but the real heart of the story is Ryo trying to learn about the father he never truly knew, which I think is a theme a lot of people can relate to. Starting Shenmue III out in Bailu is also a smart move as it makes the transition to the larger city of Niaowu later in the game feel more meaningful. Some will complain Shenmue III doesn’t advance the series’ overarching plot much, but it felt like more of a journey than previous entries in the series. By the time the credits rolled, I’d gone from a small town to the big city, made plenty of new friends (and enemies), and played a lot of games of Lucky Hit. Also, I’ll admit, I’m oddly invested in Ryo and Shenhua’s relationship (or lack thereof). How long can Ryo continue to no-sell Shenhua’s hints and advances before he’s forced to let her down/express a real feeling? Maybe he’ll finally break in Shenmue 4 or 5.

The world of Shenmue III can be quite lovely, in its own unique way. Sure, Ryo looks and moves like a manakin, but the sun setting over the water in Niaowu or Bailu’s lush fields of flowers is undeniably beautiful. The game looks like a late-90s pre-rendered cutscene come to playable life. Voice acting is hilariously hammy, but the traditional-Chinese-instrument-infused soundtrack sets the right tone. 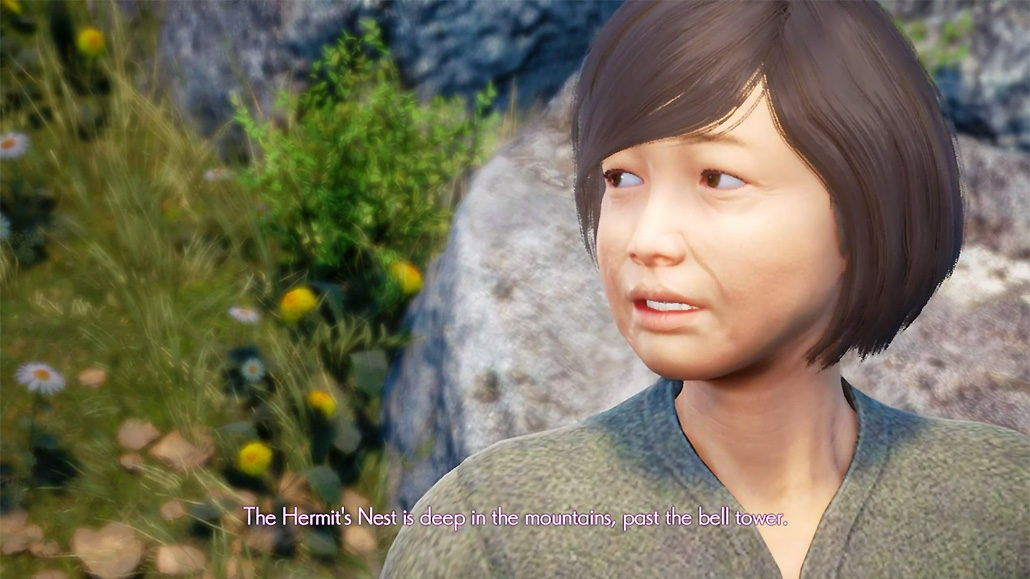 Navigating the semi-open world of Shenmue III will take some getting used to for most players, as there’s no easily-accessible map or waypoint markers. There is a radar, but it’s almost totally useless. No, if you want to find out how to get somewhere, you actually have to stop and ask an NPC and, just as in real life, some people will give better directions than others. Once you have your directions, you’ll have to pay attention to landmarks and road signs if you want to get to your destination. This may seem onerous at first, but it forces the player to actually get to know the world of Shenmue III. No just setting a marker and mindlessly beelining there as fast as possible. By the end of the game I had mental maps of Bailu and Niaowu seared into my brain.

And hey, don’t get too worried if you’re a navigationally-challenged type, as Shenmue III’s towns aren’t that big. That said, they are dense, with shops, minigames, collectibles, and other things to see and do around every corner.  There are no copy-pasted NPCs here – every character you pass is unique, and you can interact with a solid 90 percent of them. There are more unique things to do in one block of Niaowu than in an entire sprawling-yet-empty Ubisoft of Avalanche open world. 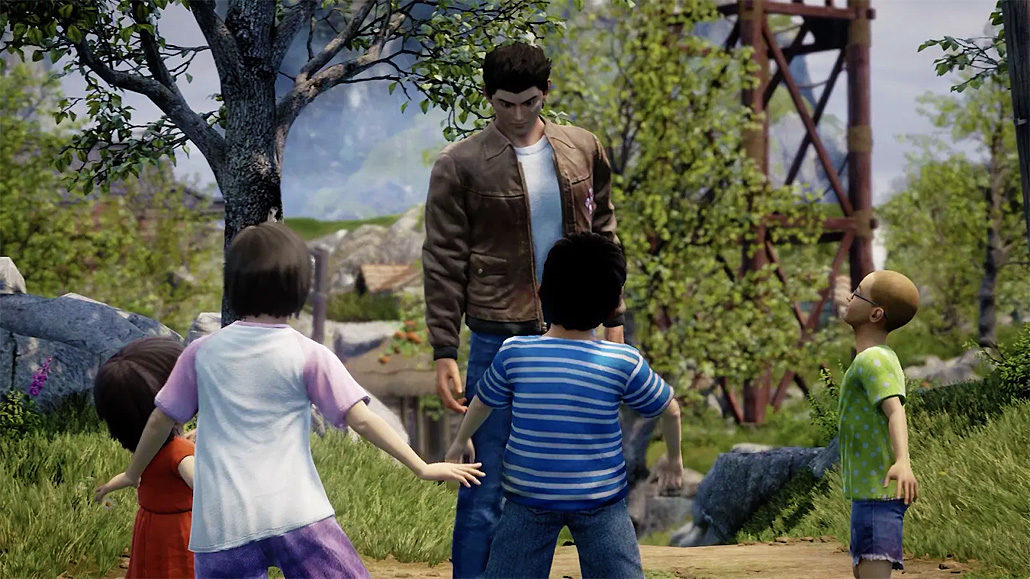 Missions usually involve a lot of running around town collecting key items and clues from people, although they’re varied enough to not become boring. During any given mission you may find yourself having to solve puzzles, do some training, play hide and seek, catch chickens, or bust out your kung-fu moves. Admittedly, Shenmue III is not always a game that respects the player’s time, as you may find yourself having to chop wood or drop pachinko balls for half-an-hour or more to proceed. That may sound like a drag, but it actually kind of works here. Shenmue III wants you to feel like you’re actually living in its world, which means you have to eat, keep track of the time, and occasionally roll up your sleeves do a little hard work (or grifting at the gambling table). Granted, the game does push its luck at times – at one point, you’re forced to do repetitive chores for a wine-swilling kung-fu master for multiple in-game days in order to learn a key technique. But even that ultimately feels fine, as it’s just a play on the age-old “Mr. Miyagi is actually teaching Daniel-san a valuable lesson by making him paint his fence” kung-fu movie trope. Shenmue III may sometimes grate on you in the moment, but overall, big picture, it’s an absorbing experience. 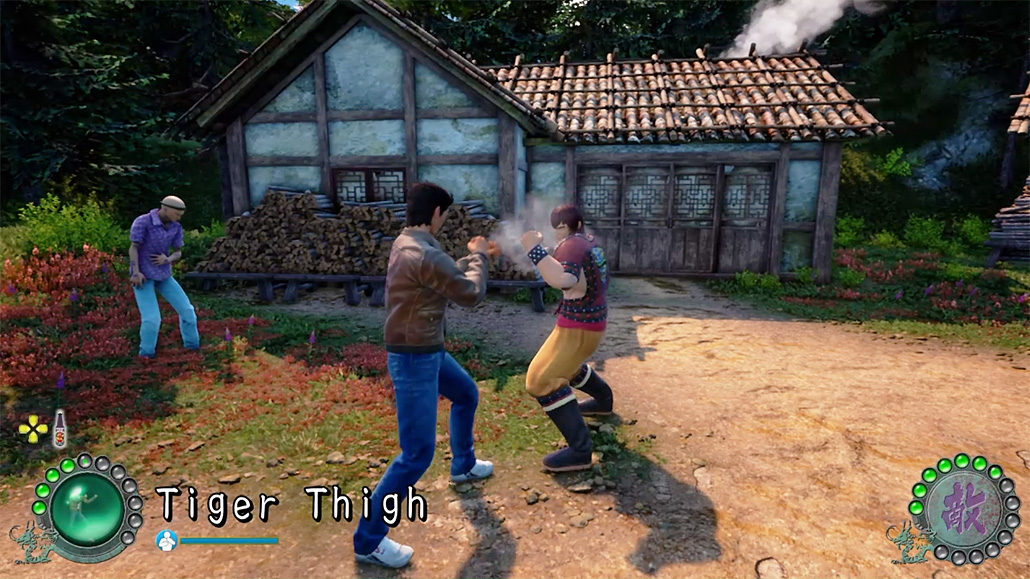 As much as I enjoyed Shenmue III’s approach to open-world design, not everything about the game works quite as well. Combat takes a page from early 3D fighting games, like Yu Suzuki’s own Virtua Fighter, with moves requiring complex button combinations to pull off, which is fine in theory, but the controls just don’t feel responsive enough. This time around, you can assign a short list of moves you can cycle through and execute with just a quick press of the right shoulder button, which feels a bit like a cheat, although I’ll admit to sometimes using the option. New techniques are gained by buying “Skill Books” in stores or by trading in collections of items (herbs, arcade trinkets, etc.) although you’ll likely rely on a half-dozen-or-so powerful moves. So yeah, combat can be hit or miss, but thankfully it’s not something you spend all that much time doing – at least, not until the very end of the game. No spoilers, but Shenmue III culminates in a lengthy series of fights that may well frustrate you if you haven’t been properly honing your combat skills up until that point.

Of course, Shenmue III also brings back the series’ most dubious creation – the quick-time event. They were a flawed concept back in 1999 and still don’t really work in 2019, but hey, half the industry is still using them, so why shouldn’t Shenmue III? At least the makers of this game seem to realize how potentially irritating quick time events can be, as there’s no consequence for failing at them. Hit the wrong button and you can immediately retry the sequence without any loading screens.

Now, before we wrap up this review, we do have to address the elephant in the room – is there still a place for Shenmue in a world where the Yakuza games exist? The Yakuza series and its expressionless hero and dense, side-activity-packed maps is an obvious spiritual successor to Shenmue, but Yu Suzuki’s latest still carves out a niche for itself with its relaxed, guileless tone. There’s something to be gained from quietly picking herbs in Bailu Village that you just can’t get brawling on the streets of Kamurocho. But of course, this doesn’t have to be an either-or thing – those who love Yakuza really should check out what its older brother has to offer. 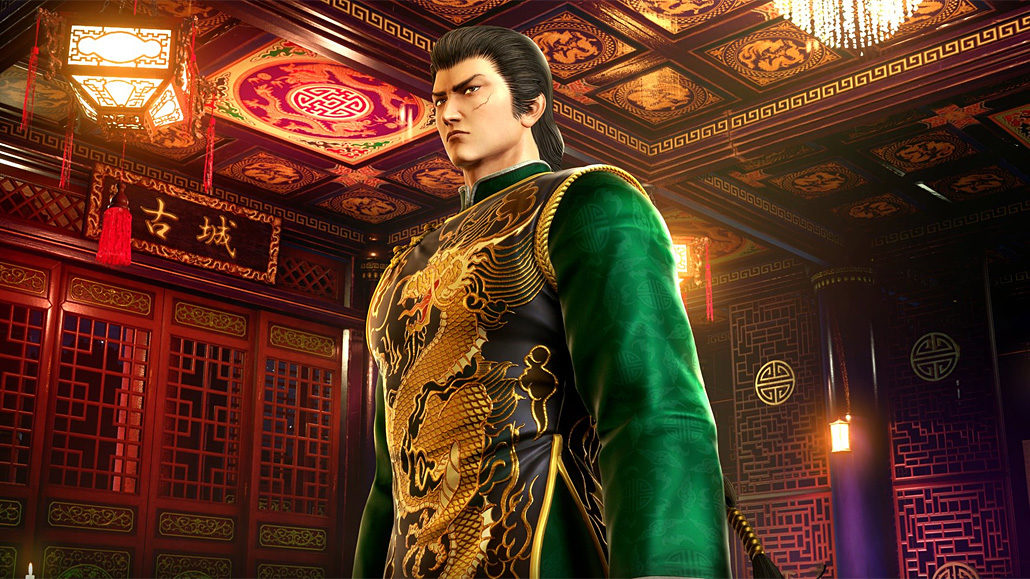 This review was based on a PS4 copy of Shenmue III provided by publisher Deep Silver. You can buy the game on sale on Amazon.