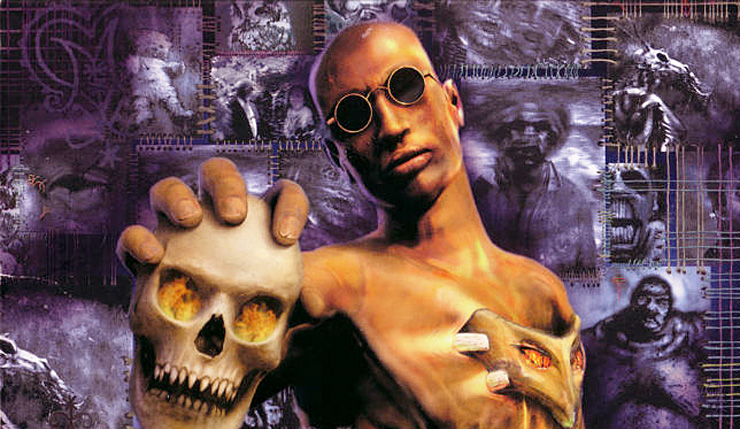 Well, here’s a return I never saw coming. Published by Acclaim and based on the comic book of the same name, 1999's Shadow Man wasn’t a huge hit, but was one of those games hardcore N64 devotees swore by (it also came out on Dreamcast, but I don't think many people played that version). Well, surprise! Nightdive Studios, which has previously worked on re-releases of other N64 acclaim games like Turok: Dinosaur Hunter and Doom 64, has announced they’re also bringing back Shadow Man. We don’t have a trailer yet, but you can check out a few screenshots, below.

Looking extremely late 90s! Not sure what Shadow Man is all about? Here’s a basic rundown:

In Shadow Man, which is based on Valiant’s Shadowman comics, you alternatingly travel through Liveside, the land of the living as mortal man, and explore Deadside, the place where lost souls spend an eternity in torment, as the voodoo warrior Shadow Man. Take a ride into the unexplored territories of the human psyche as you try to stop a marauding band of villains from unleashing unspeakable horrors upon the world as we know it.

And here are the features you can expect from Nightdive’s remaster:

Shadow Man Remastered stalks onto PC, Xbox One, PS4, and Nintendo Switch sometime in 2021. Anybody out there have any lingering nostalgia for Shadow Man? Personally, I want Nightdive to dig even deeper into the N64 back catalog – where are my remasters of Iggy’s Reckin’ Balls, Body Harvest, and Space Station Silicon Valley?