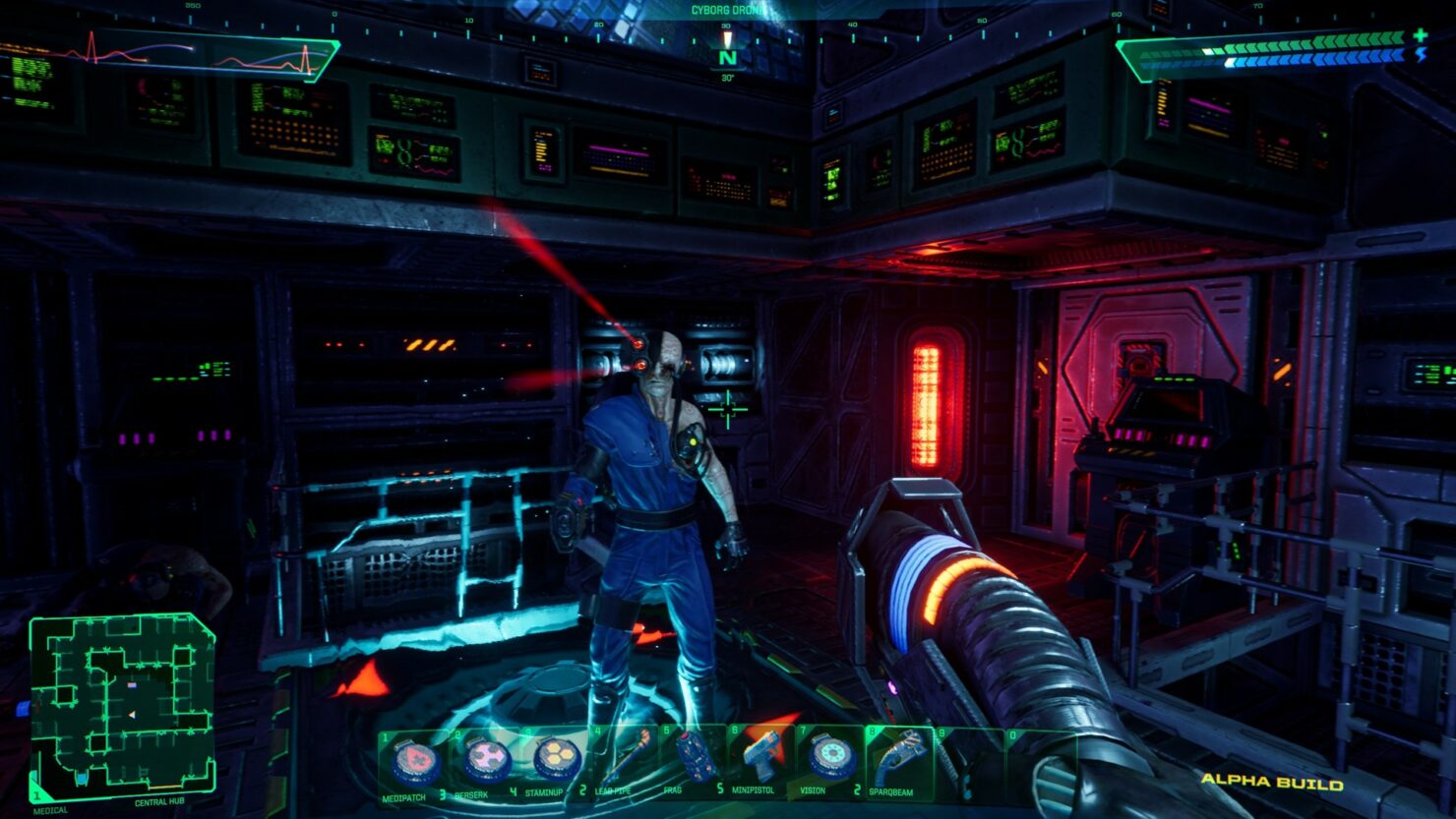 System Shock’s remake has been a bit under the radar currently (through no fault of its own, though). It’s had a fair stretch of time with no information, with developer Nightdive Studios having to come out and even say that it’s still happening back in September. Though, all of that isn’t what’s going on today.

The project has actually gotten a brand-new publisher in the form of Prime Matter. Prime Matter is a relatively newer publisher to the scene but has had work in games such as Kingdom Come: Deliverance and Iron Harvest. They’re not some completely new company to the scene not knowing what they’re doing, thankfully.

System Shock, for those that aren’t aware, was a 1994 first-person explorative adventure game designed by LookingGlass Technologies and published by Origin Systems. Players are tasked with acquiring in-game collectibles to progress through the game, with no NPCs to speak to, and using one of 16 weapons to combat SHODAN, an evil artificial intelligence that disrupts your progress, and its horde of robots, mutants, and other creatures.

Players can also find upgrades for themselves as the game progresses, as well as healing items available to them that grant bonuses like increased melee damage, but come with consequences. The remake looks to remake everything from the ground up to have fully HD visuals and an updated control scheme. Other odds and ends include remastered sounds and music.

Nightdive Studios has also gone on record saying that most of the team from the original 1994 version will be working on the remake version. Citadel Station, the game’s setting, is now much larger than before with brand-new areas yet to be seen.

The CEO of Nightdive Studios, Stephen Kick, had the following to say about the upcoming partnership:

System Shock has been a true labor of love and our goal has always been to deliver a game that is as close to perfect as we can make it. We're excited to partner with Prime Matter to achieve that goal and see this as an important step in the growth of Nightdive Studios

It will allow us to offer System Shock to fans all over the world, both in digital and physical goods formats, as well as fully honour our commitments to our fans and, in particular, to our thousands of supporters on Kickstarter, without whom this game would have never been possible.

The System Shock remake will be available sometime in 2022 on PlayStation 4, Xbox One, and PC via Steam, the Epic Games Store, and GOG.