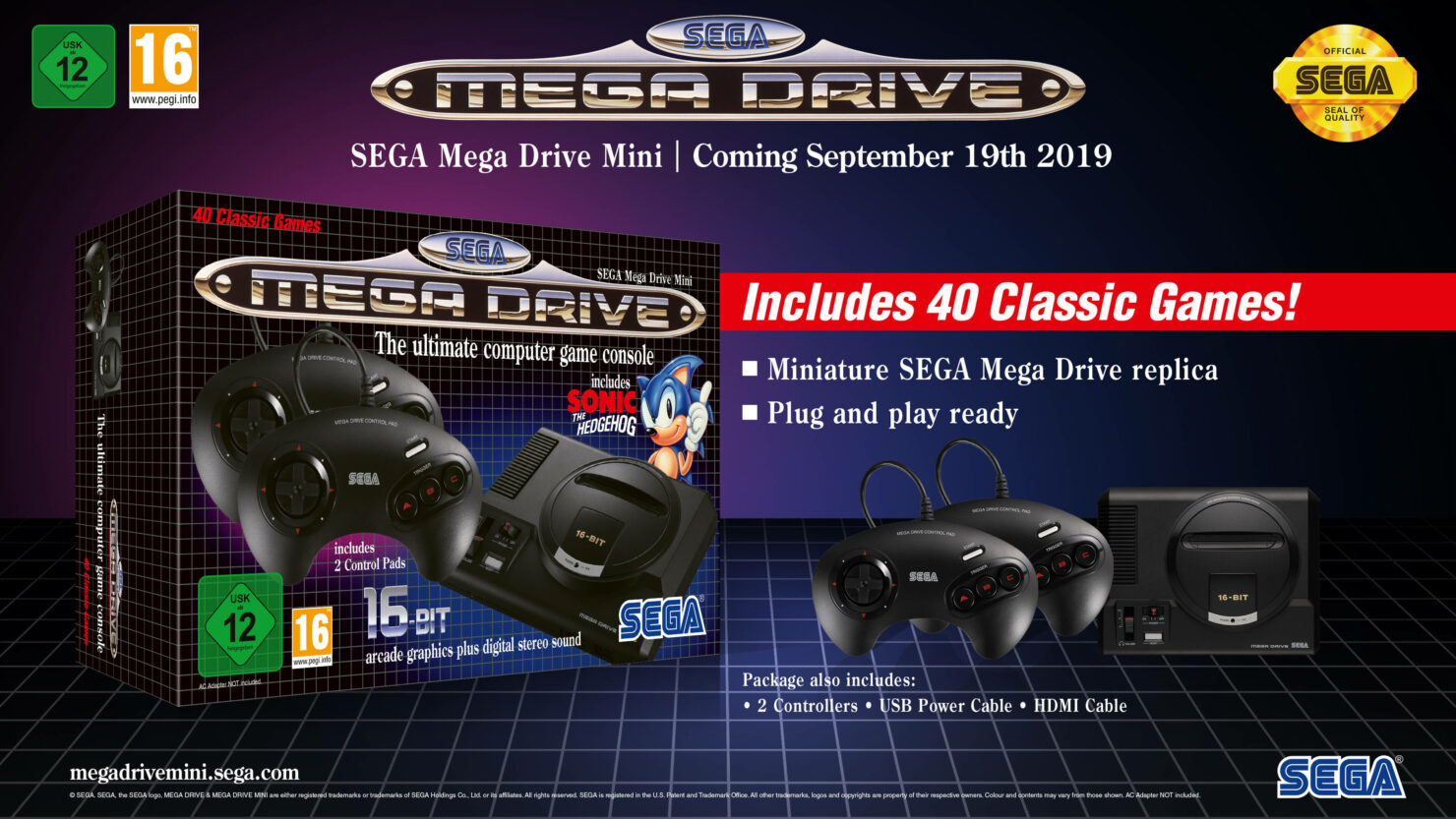 The Sega Genesis/Mega Drive Mini is coming to the market on September 19th. It will be priced $/€79.99 in the USA and Europe, and £69.99 in the United Kingdom. Pre-orders are not available yet, but they will be soon, according to Sega.

A FAQ was also released to deliver more information to prospective customers. You can find it below. 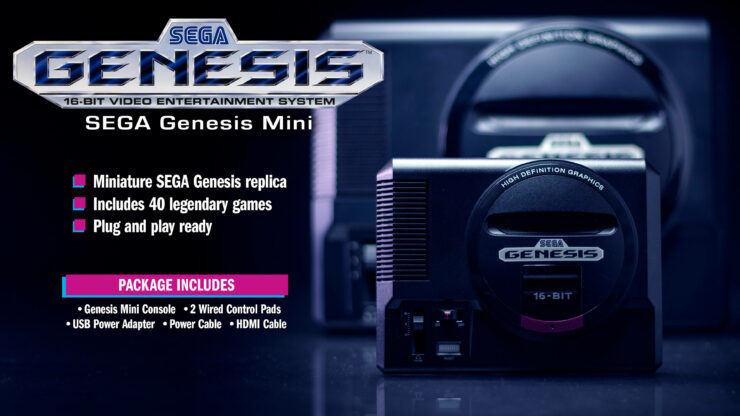 Q. When does it launch?

Q. How many games will be included?

Q. Which games will be included?

A. Today, we are excited to announce the first set of titles included with the system, with the rest to be announced intermittently over the coming months:

Q. Which version of the Sega Genesis is the Mini based on?

Q. How big is it in comparison to the original console?

A. It’s approximately 55% of the original Model 1 size.

Q. What do you get in the box?

Q. Who handled the ports?

A. M2 is handling the porting process. They’ve previously worked on SEGA AGES and SEGA 3D Classics Collection, with a fantastic reputation based on the quality of their emulation projects and their faithfully recreated ports.

Q. Can I use original Genesis controllers with the Mini?

A. No, only the provided USB controllers.

Q. How much will it cost at launch?

Q. Where can I find more information?

Sega Ages To Bring Sonic, Phantasy Star, and Other Classics To the Nintendo Switch