If I didn't know better, I would swear blind that Generation Zero had been made by a splinter group of Bethesda who'd decided that they were going to make a game about big machines, no matter what. Then they went and made that game about big machines and it's the game you find in front of you. It has everything you would initially think to need in such a game: Big Machines.

The problem then is just exactly what it's missing. Avalanche Studios are a dev team I genuinely like. I've got a soft spot for the Just Cause games, I even enjoyed - to an extent - the flawed Mad Max. I've said a few times in the past how Ubisoft simply make That Ubisoft Game. The problem now is that Avalanche seems to be stuck making That Avalanche Game.  Generation Zero feels like That Avalanche Game, on a budget and with a few misplaced ideas.

Set in a post-apocalyptic alternate-reality Sweden, overrun by machines that were built following World War II with the countries newfound wealth - because of course the machines built for defence would turn around and become the oppressors - you are a random metalhead/hip-hop fan/stereotypical high school jock and you now have to head out into the fictional archipelago of Östertörn, Sweden. Your task? Something. Maybe find out why your rowing boat was shot at? Maybe it's to find out where the people have gone? Let's go... What's Swedish for "Wolverines!"?

Much like the aforementioned Fallout 76, the aim is just to do whatever the nearby magical quest popup tells you to do. In my experience that is to go somewhere and activate or pick up an object - sadly one that doesn't actually appear half of the time. That's quite literally it. I've not had many kill quests, with the few that they are for you to simply clear an area. No escort missions, though that is a saving grace by all accounts. It's literally finding some quest-related clues and follow these clues to find a location. The location may be a military bunker - which happens to be the primary quest chain - or a downed plane, a hidden stash of (random) items or whatever else.

So those of you who have the magical power of remembering things, as well as those with the figuring things out ability, you may have come to the conclusion that there are no NPC's in Generation Zero. Sadly, you are correct. Even worse is that the world in the game is big enough to give even a planetary body penis envy. So it's huge, a fact made all the worse by the fact that - unless I've missed them - there are no vehicles to use at all. Last I checked there's no reason that one of many early 20's Swedish people wouldn't be able to drive a fully functional car.

Swedish they certainly are. If there's anything I truly can say I admire about the game is that it's undeniably Swedish. From every random poster on a wall to the signs at the side of somebodies bed, you either want to know the language or at least the game will pop up and translate it for you. The quest items, on the other hands, are translated. I almost wish they weren't though, to help keep the immersion. Something that is fantastically aided by the character and general aesthetic design.

Honestly, I don't know if Generation Zero is a good looking or an ugly game. Without a shadow of a doubt, the scenery itself can be spectacular to look at. It's incredibly atmospheric too, with one of the longest day-night cycles I've ever encountered in a game. Nights, in particular, are a terror to go through, particularly if the weather isn't in your favour. It's a very dark game both outside and especially so when heading deep into one of the many military bunkers. In the day, well, the game is one of those that you can stand at the side of the water and watch the sunset and thoroughly enjoy it.

That is until the robots come. These also look great, being incredibly well designed, with parts logically placed and protected by parts that look, move and act as you would expect. It's even better when you see them in action, preferably against each other if you use a sticky flare which acts as a target for the machines. Though I will say that they should look great because there are only six different types, which is a damn shame.

So why did I say it could be ugly? Well, there's a strange overlay or filter seemingly over the game that gives the 80's vibe but also makes some areas just look at bit arse, for lack of a better term. Also, the character actually does look like arse. You only really see your character when you do an emote or in the customisation screen, looking at and equipping one of the hundreds of clothing you may have picked up. Naturally, I went for a bloke with a leather jacket, jeans and long hair. Essentially me when I was sixteen, though I'm more attractive. Maybe.

Putting the great aesthetical quality and downright boring, sterile nature of the quests to the side, you have the real draw of a game about a land overrun by machines - the combat. The downside is immediately noticeable in the fact that there are only six enemy types. While these are limited in quantity, each conflict tends to feel different and unique. If it's not a result of the terrain and surrounding structures, it's the impact of the machines abilities.

This is particularly true if one of the enemies happens to be one of the flying types. These send out a pulse that myself and the people who I have frequently teamed up with thought was an EMP. Turned out it wasn't, it was a beacon that drew every single microwave, toaster and other machines in Sweden to our locations. The mixture of abilities and attack patterns of the machines with the lack of any real information on the creatures ensures every fight feels different, despite the tactics usually being the same - these being to target the weak point, though you often have to get through some serious armour plating to get there on the larger machines.

Or, and this is how the game is meant to be played, a distraction by other players. Honestly, playing Generation Zero alone is tedious at best. The world is too big, enemies in groups that are too large to face alone, despite there being no real downside to death, with the huge machines being like chipping away at a brick wall with a frozen Mars Bar. Since co-op is the best way to play the game, it's a shame that the online mode is a bit of a pain to get into. All too often did I find myself having to reset my game session or go through some strange rituals just to get in a game with other people.

This comes to the real crux of the problem with the game. Avalanche need a bit more time with the game to fix the countless bugs and issues. I've personally encountered buildings within buildings, areas where you fall through the earth, disappearing items within my inventory and quests that could only be completed after restarting the game because quest items simply didn't appear. Other people who I've been on co-op with have had worse, including multiple crashes and other interference. I can't help but make the link, but this has Fallout 76 levels of bugs.

Despite this, I can't help but enjoy - to an extent - the gameplay loop of exploring, getting items to then use on taking down huge robots is undeniably enjoyable. Until it isn't. I can't say there's a great deal of joy to be gained in searching the same copy-pasted house, of which there are thousands, for middling loot or the utterly random cosmetics that seem ripped from PlayerUnknown's Battlegrounds. The joy is in the combat-related items and the new ways of using them to take down hulking machines, of which the game desperately needs more.

The problem Avalanche has at the moment is that they're seemingly stuck in a holding pattern. Only this holding pattern isn't a circle, it's a spiral. Generation Zero is hopefully the centre point of this spiral, with hopefully better things to come from the upcoming RAGE 2. Do I recommend this? Even at the slightly lesser price, no. Maybe at a larger discount and when the game is patched, it certainly has redeeming qualities. Only time will tell to see if these redeeming qualities can shine through while the surrounding mess is tidied up. 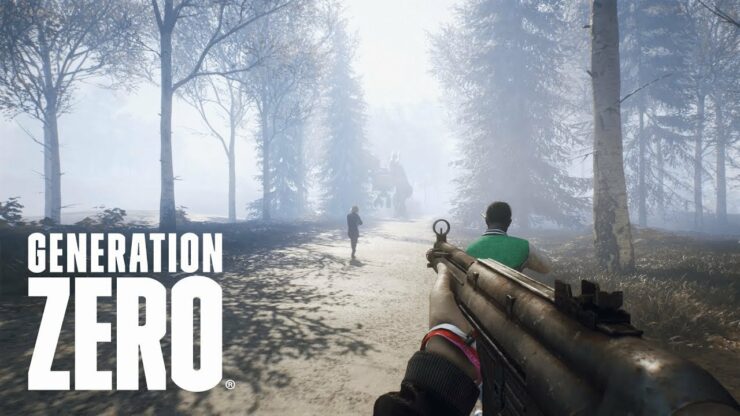 Generation Zero is a game that has fantastic potential but falls short in so many areas. The Excellent combat and generally great atmosphere is let down by a myriad of bugs, a very limited range of enemies to face off against, boring quests and a world that is just too large and sterile, particularly if played alone. The potential of bug fixes and increased enemy types would make this a fantastic budget purchase, but until that time it's one I would miss unless you know at least two others to co-op with.