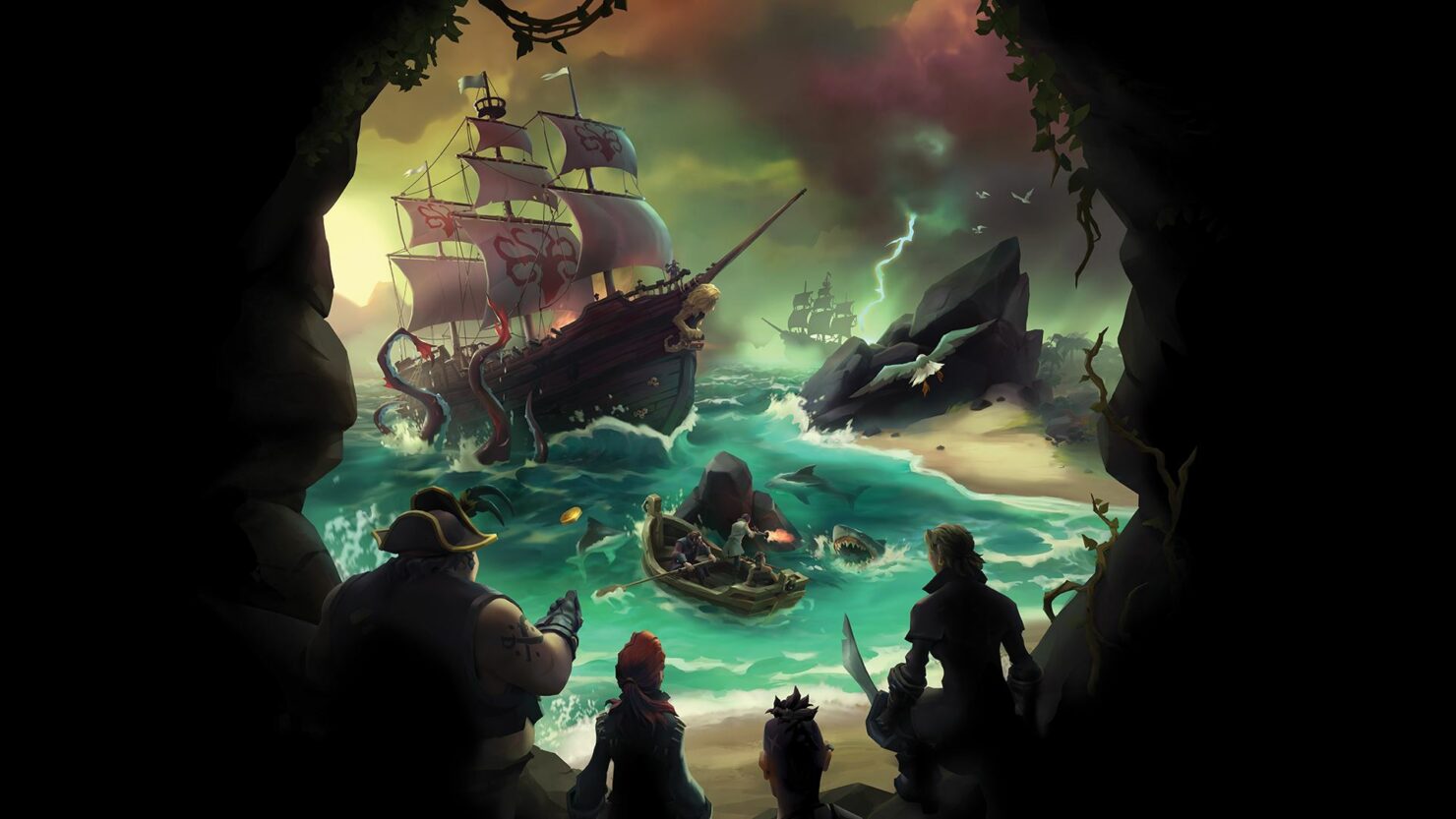 The current file size of Rare’s upcoming pirate adventure, Sea of Thieves, has been revealed via the Xbox Store.

It isn’t the first time that the Xbox Store has listed additional info about upcoming titles ahead of its release date, and this time the store has listed the size of Microsoft exclusive, Sea of Thieves.

During Microsoft’s E3 conference, the first gameplay footage of the cooperative pirate title was shown off, and some days later Microsoft’s head of Xbox Marketing, Aaron Greenberg, confirmed that the game will be released in February 2017 for both Xbox One and Windows 10.

Sea of Thieves ” is an immersive, shared-world adventure game filled with pirates, unexpected dangers and loot for the taking. Be the pirates you want to be, share adventures with friends and set your own rules, roles and goals in a world where every sail on the horizon is another crew of players with unknown intent.

Key Product Points:      “Sea of Thieves ” is a unique co-op experience1 that combines the thrill of adventuring together with friends with the unpredictability of a shared landscape and its threats, both from other players and the world itself.

•         Innovative co-op gameplay in a shared world – “Sea of Thieves” is designed around players working together with shared goals and rewards, where you’ll go on epic voyages in search of legendary artefacts and buried treasure, but in a world where every sail on the horizon is another crew. What flag are they flying, and what do they want?

•         A rich fantastical world – “ Sea of Thieves ” invites players into a beautiful world with a distinctive art style, ripe for exploration and with mythical creatures lurking on islands and under the inviting surface of the sea…

•         An evolving experience – “ Sea of Thieves” offers an experience that will evolve over time, landing in players’ hands early and growing thanks to community insights and feedback. New ways to play will be unveiled as the world expands and evolves.

While Sea of Thieves is still more than a half year away from release, we already have the game’s file size -  9.82 GB. Quite a decent size if you compare it to recent releases. Please note that judging from the time till release, we might be looking at the size of an early build.