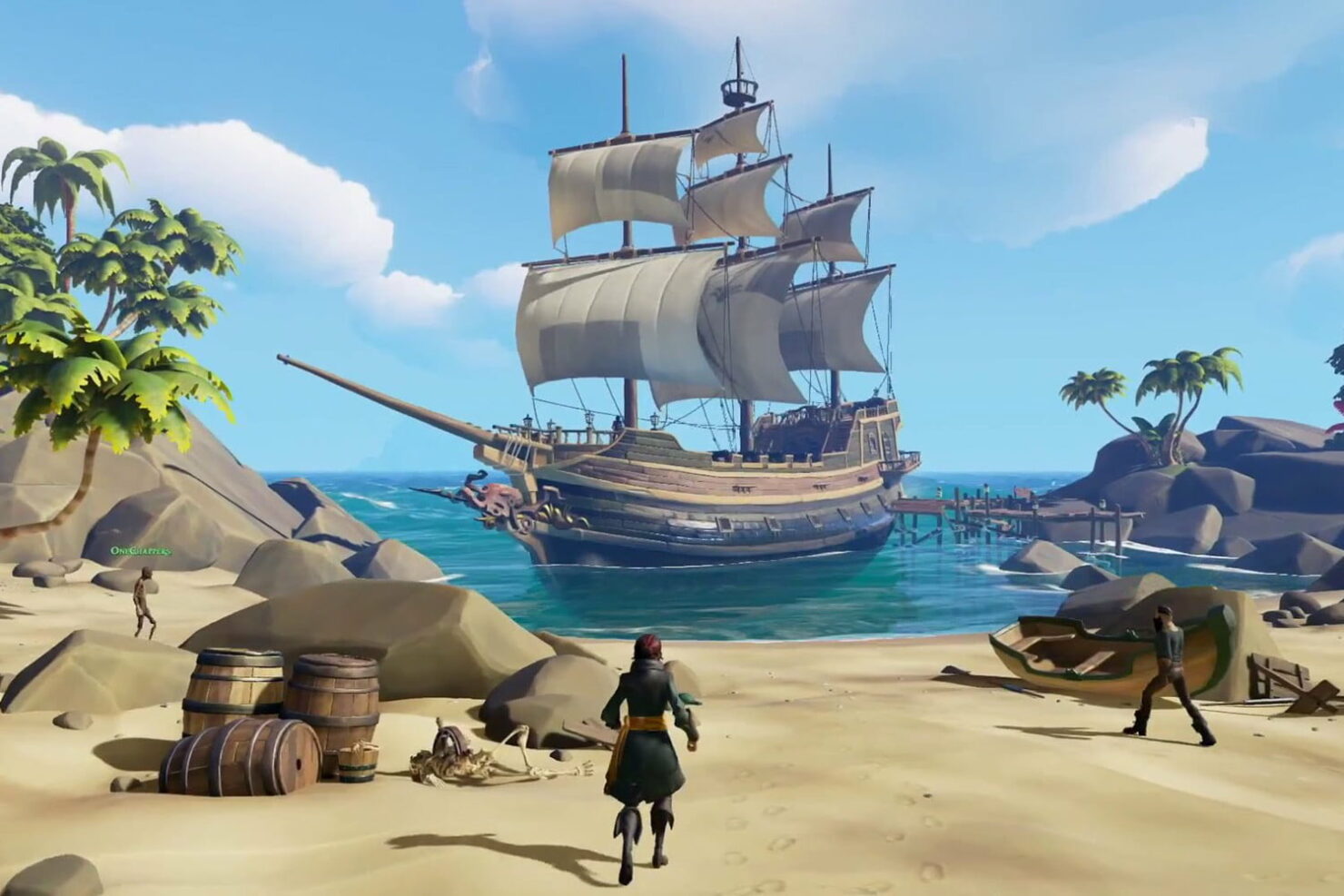 Development of new content and features for Sea of Thieves is proceeding, and the team recently shared another developer update video highlighting some of the content that will be coming soon.

According to the video, Sea of Thieves will get some new content next week, such as skeleton themed weapons and more. The team is also looking into replayability with legendary commendations, which will allow players to redo content with different crews to get more doubloons. Additionally, the team is looking at several fixes for next week's update, such as fixes for hair clipping, snake venom, and skeleton gun accuracy.

Sea of Thieves' first expansion, The Hungering Deep, has been released last month. It adds new content which is persistent to the game.

This content release introduces and showcases a raft of new features, all of which will be persistent in Sea of Thieves beyond Merrick’s story and its time limited campaign.

Bilge Rats – To stay in the know as to what is changing in the Sea of Thieves, visit the Bilge Rat character in the taverns to discover what time-limited events are active. Whether it’s The Hungering Deep or future events, this is the place to go!

New Threat – Something old, vast and hungry is surfacing. Follow the trail of riddles and rumours. We hope you live to tell the tale.

Speaking Trumpet – Parley! Let other ships know if you are friend or foe with the new Speaking Trumpet, making yourself heard from longer distances. The first Speaking Trumpet is obtainable through The Hungering Deep campaign, but purchasable variants will be arriving in the shops in the near future.

Ship’s Flags – Want to sink and plunder, or seek allies to adventure with? Let your intentions be known with new flags which can be raised high above your ship! Climb up to the crow’s nest and decide which to raise.

Drum – BOOM! Pirate percussionists (inspired by Merrick himself) can now be heard all across the seas. The first drum is obtainable through The Hungering Deep campaign, but purchasable variants will be arriving in the shops in the near future.

Tattoos – Many pirates wanted them and now they are here! Check out the vanity chest for 16 sailor tattoo sets and visit the clothing shop on outposts for stocks of four purchasable tattoo sets.

Scars – What enemies have fallen to your pirate might? Scars earned through campaigns and events such as The Hungering Deep will allow you to tell a story of your pirate’s history and adventures. These are not purchasable, they must be earned.

Sea of Thieves is now out on PC and Xbox One in all regions.