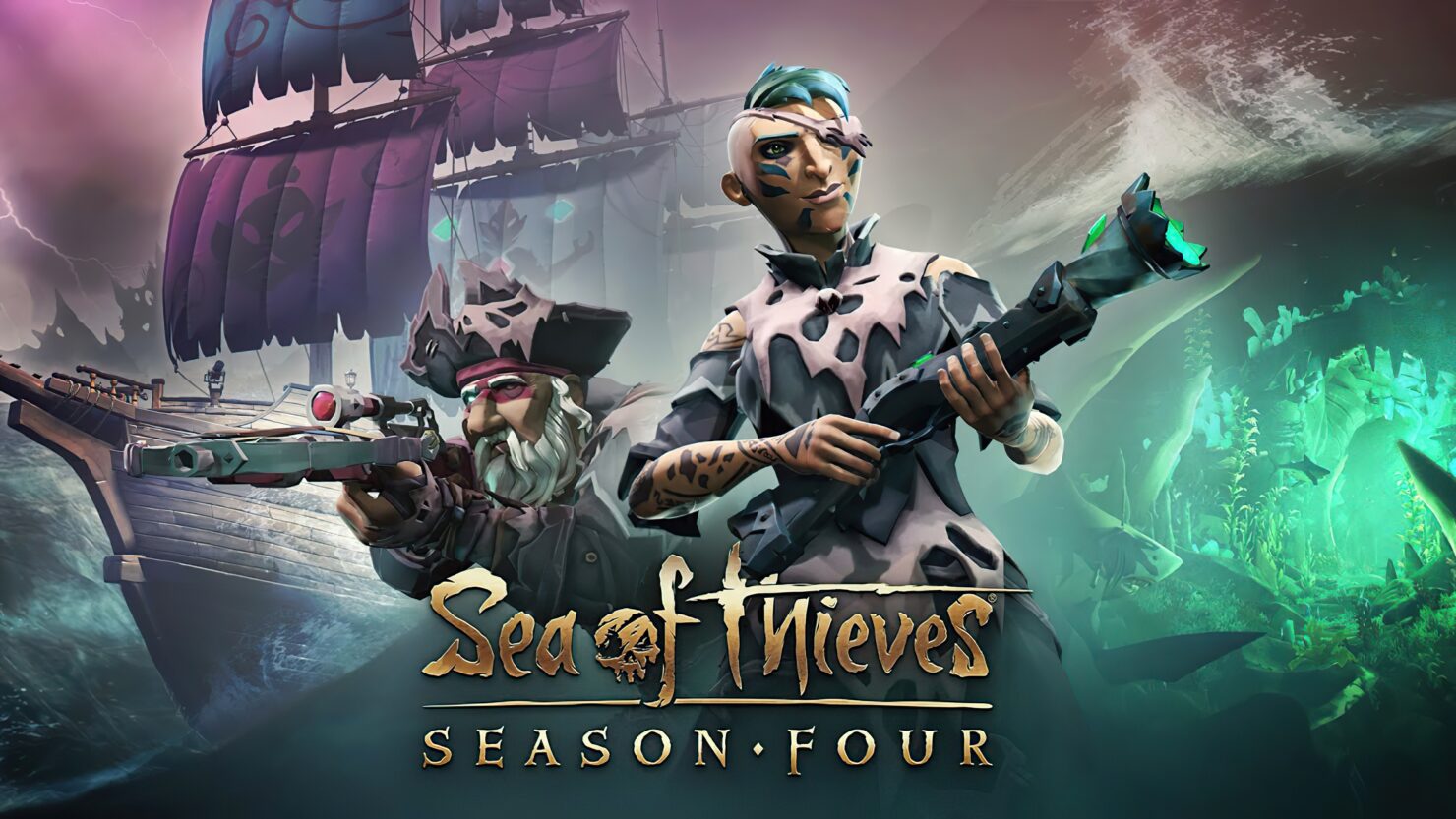 Rare has shared the first look at Sea of Thieves Season Four, which will add six underwater Siren Shrines full of treasure waiting to be plucked by players.

The Sunken Kingdom has awoken, and players can now dive deep to uncover the secrets of six unique Siren Shrines, or claim plunder from treacherous Treasuries far below the waves.

Each Siren Shrine poses unique challenges and threats, and also houses plenty of plunder for daring crews who can solve the mysteries that wait within.

Pirates who are eager to test their mettle against the Sirens, and their Ocean Crawler army, should set a course for the nearest Siren Treasury.

These sunken storehouses will pit pirates against an onslaught of undersea enemies, though the spoils of battle make the fight worthwhile.

Coral treasures of all kinds will earn rich rewards when handed in to the Trading Companies who are eager to recover what the Sirens have stolen.

The riches you uncover in the Sunken Kingdom might draw the eye of other pirates sailing the seas above, so a cautious exit strategy might be your best course.

Fortunately, pirates can make use of sunken merfolk statues, found in Shrines and Treasuries, to safely store their loot, then meet with the helpful merfolk on the surface to retrieve it.

The location of both the Treasuries and Shrines have been freshly marked on the ship's map, and crews who seek them out should look for a telltale shimmer on the surface of the sea, a sure sign that a Siren stronghold lies below, and is ready to be explored.

Of course, there's much more coming in Season Four including new Voyages, new rewards (unlockable by increasing your Renown), and a new Plunder Pass.

Sea of Thieves Season Four will be released this Thursday, September 23rd.