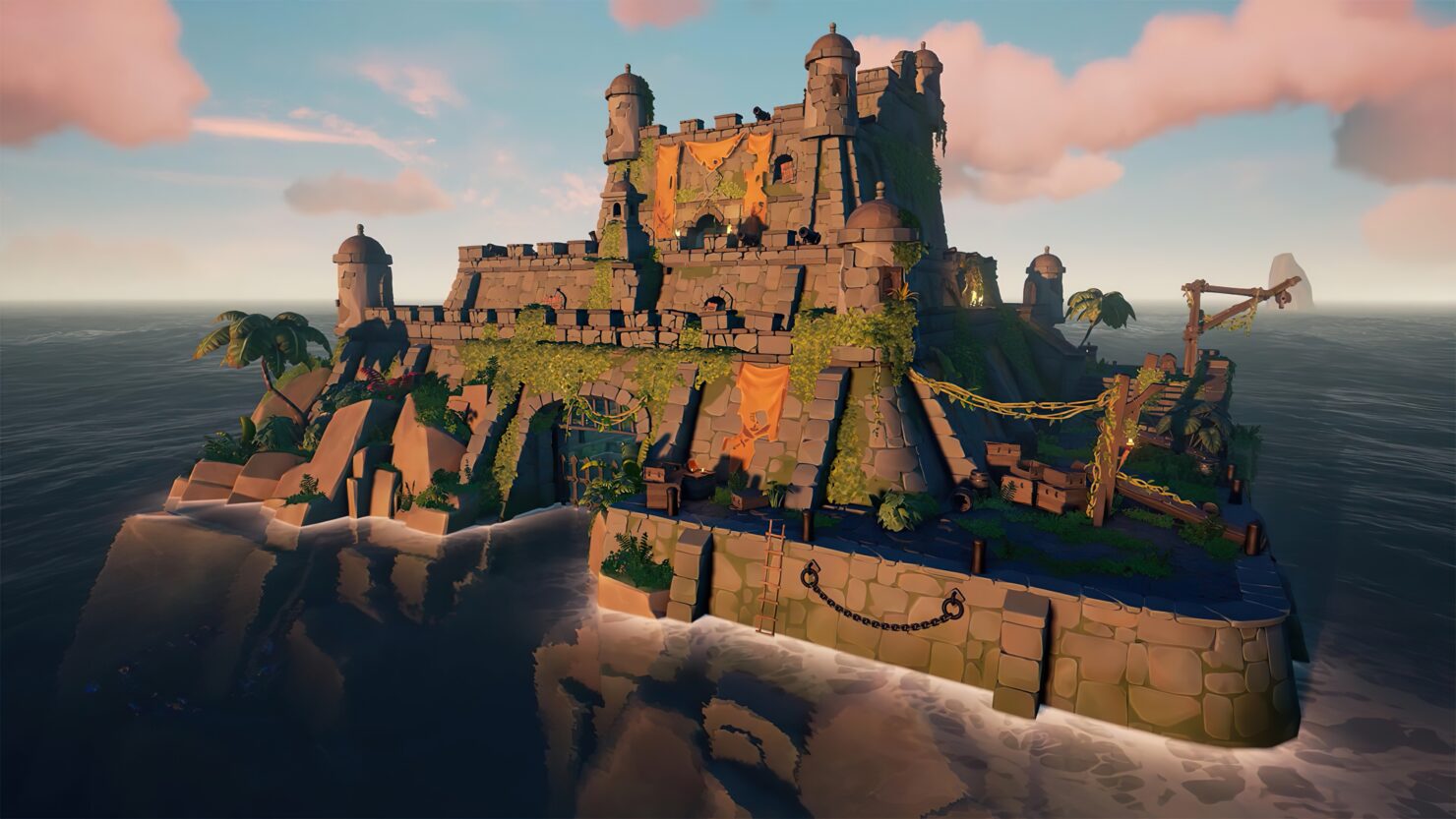 Yesterday, Rare unveiled the 2022 roadmap for Sea of Thieves, its shared world pirate adventure game for PC and Xbox consoles.

The studio headquartered at Twycross, England is doubling down on the delivery of story-focused events called Mysteries and Adventures, which will complement the existing Seasons.

Adventures are time-limited events that Sea of Thieves fans can expect to drop roughly every month. They'll last two to three weeks, and each Adventure will be a new Chapter in an overarching narrative that features cinematics and even a finale Adventure to conclude that narrative arc. The first one is called Shrouded Islands and Rare expects to launch it on Thursday, February 17th.

Then there are the Mysteries, which are supposed to stay in the world for a longer period while ingenious pirates figure out riddles and the like. Rare was pretty coy on how these will play out in practice, even though they teased the first one will see players trying to figure out how to solver a murder.

As mentioned above, both of these will run alongside Seasons, which will keep the current structure. Season Six is expected to begin sometime in March, adding a brand new experience to Sea of Thieves: Sea Forts.

Six of these will appear in various locations, protected by Phantoms - Sea Fort Captains and their crew. Daring players will need to overcome these enemies if they want to collect the keys necessary to enter the Forts and plunder everything inside them. In the second half of Season Six, Rare is also looking at adding more content for Pirate Legends. This will be a Legend-exclusive Voyage undertaken at the behest of Pirate Lord, and it will feature both story beats and challenges that change each time.

Sea of Thieves is also losing the Arena Mode in the next few months, though. Rare said that this PvP mode wasn't quite as successful as they'd hoped and they can no longer justify spending resources on it. As such, it will be shut down, though we don't know exactly when yet.