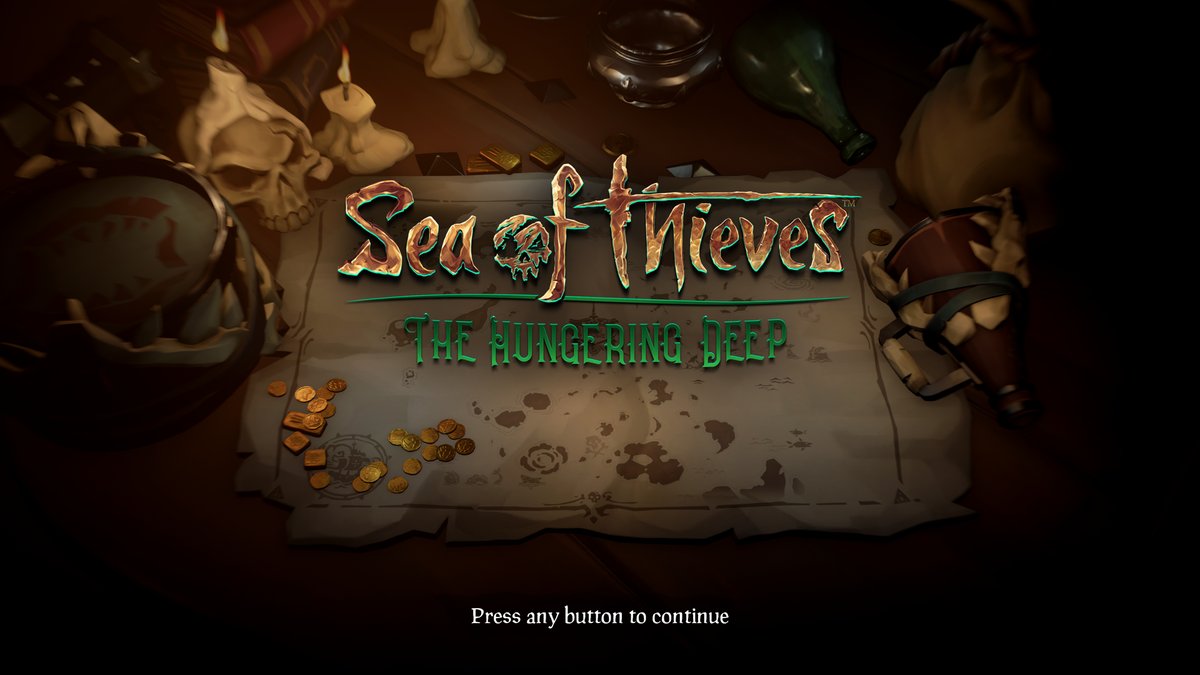 [Update] The official release notes for the Sea of Thieves Hungering Deep patch 1.1.0 have been made available:

This content release introduces and showcases a raft of new features, all of which will be persistent in Sea of Thieves beyond Merrick's story and its time limited campaign.

[Original article] Rare has made the Sea of Thieves Hungering Deep patch available for download on both Xbox One and Windows 10 PC.

At the time of writing, the game’s servers are undergoing maintenance while the patch is being implemented. Servers are expected to be up at 2pm BST.

The game’s first major content update weighs in at roughly 1.4GB, and adds new content to the game, including a special time-limited campaign, a new threat, drums, flags, and more.

“Rumours of something old, vast and hungry are surfacing throughout the Sea of Thieves”, Rare’s description of the DLC reads. “Keep your ears to the ground in the taverns, as a group of adventure-seekers calling themselves the Bilge Rats have already heard a few juicy morsels about something stirring below the waves. Dare you seek out the truth?”

The following new features are added through the Hungering Deep update:

New Threat! Such a monstrous peril won't be easily vanquished. The risk of encountering it out at sea will live on.

Drums! On the Sea of Thieves, it pays to bang your own drum. Pirate percussionists can let loose with this new instrument and play shanties with a bit more impact.

Speaking Trumpets! All that drumming drowning out your orders? Use the new speaking trumpet to be heard at a distance and find other crews on the same voyage.

Flags! Discover a new way to signal your intentions to other crews. Forge new friendships, or find new foes…

Tattoos and Scars! The Hungering Deep expands the vanity chest: choose your tattoos and scars to tell your own pirate story

Sea of Thieves is available now for Xbox One and Windows 10 PC. We’ll update as soon as the official patch notes for the Hungering Deep update are released.