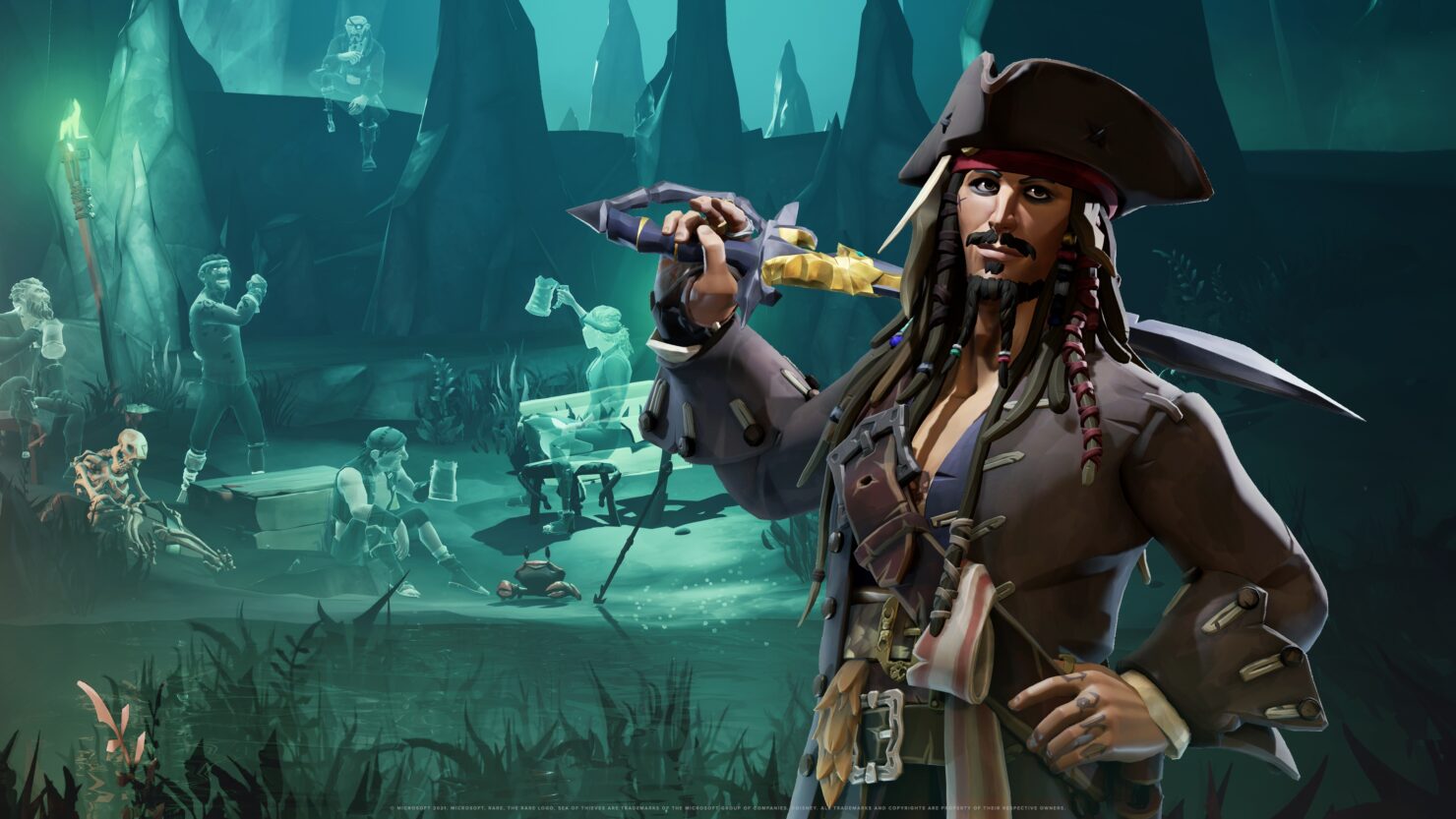 One of the few E3 2021 announcements that weren't spoiled by some leak or rumor was Sea of Thieves: A Pirate's Life, the crossover with Disney's Pirates of the Caribbean franchise. Launching today on both PC and Xbox as part of the Season Three update, A Pirate's Life includes five Tall Tales featuring Jack Sparrow and other beloved characters from Pirates of the Caribbean.

They're just so great to watch. They're really, really cinematic in terms of the story they tell and the emotions they try and trigger within you... I would genuinely be surprised if there aren't tears from people who know our world really well, know the characters really well. Some of these stories tug on the heartstrings a bit around why Sea of Thieves is special, why the pirate's life is special, and why it should be saved.

They're super cinematic. You're right in the heart of the action...a very active part of the story. To anybody who may have that concern over how the crossover is going to affect the Sea of Thieves they know and love, I genuinely think once players get their hands on this and play it, they'll really see the care and attention that's gone into the integrity of the design and authenticity to both worlds, and will feel that it's truly a strong addition to Sea of Thieves. It's moved the world on in meaningful ways for all players.

Sea of Thieves: A Pirate's Life also finally introduces one iconic foe to the game: the Kraken. Preston said:

We've obviously always had the kraken's face in our artwork, in our concepts, and it's always been something we wanted to add, but in a way that's really meaningful and impactful. And so getting to do that as part of the story of these tales - and it's woven so deeply into the narrative - is incredible, and something we really hope does stand out to fans. It's finally, finally the kraken.

Are you going to dive back into Rare's title with A Pirate's Life? Let us know in the comments.