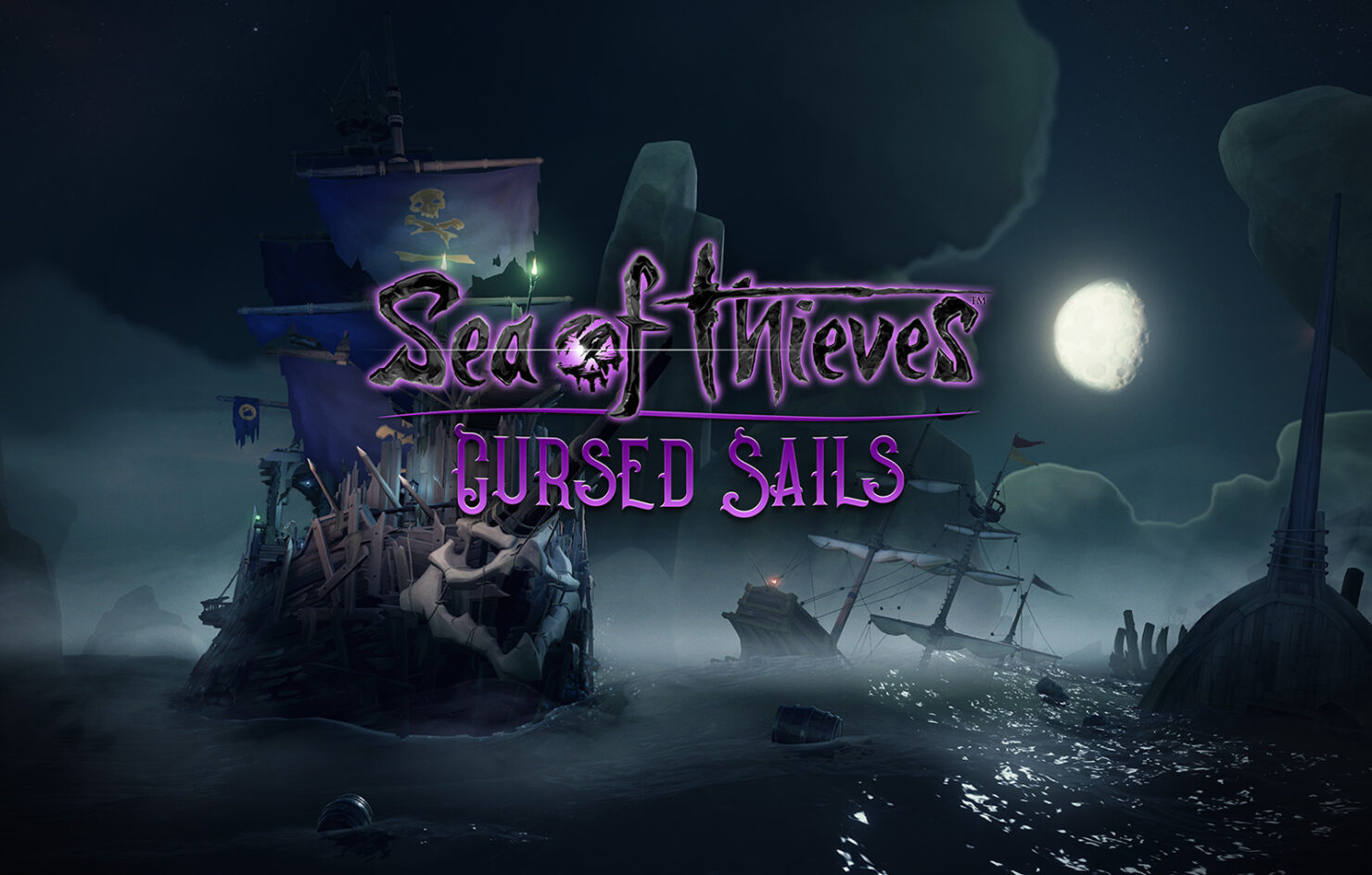 Additional details have been revealed today for the second free update coming to Rare's Sea of Thieves, called Cursed Sails, next week.
The new details have come in thanks to the game's official website, which now features a page further detailing the additional content hitting the game on July 31st. Some of the new items will be available only for the duration of the campaign, while others will be permanent additions to the game.

Cursed Sails will introduce all the things above and more, with some items being campaign-based (time-limited) and some being content-based (persisting in the game).
Permanent content includes the new Brigantine ship for players and the threat of future skeleton ships as enemy encounters. Skeleton-themed items (such as the lantern and speaking trumpet), clothing accessories and instruments will remain for sale in shops for those who unlock them. The Hunter outfit and items will be available in shops for all players. Ghost ship decorations will remain available, for those with Legendary status. Finally, the new Alliance system will remain in place to let pirates form future fleets.
Time-limited campaign content includes a series of set battles against the skeleton armada, alongside an investigation into the cause of the attacks. It also includes the chance to unlock skeleton-themed ship decorations, a skeleton scar and special sails for the three regions.

Sea of Thieves is now out on PC and Xbox One. The Cursed Sails update will go live on July 31st.
Share Tweet Submit