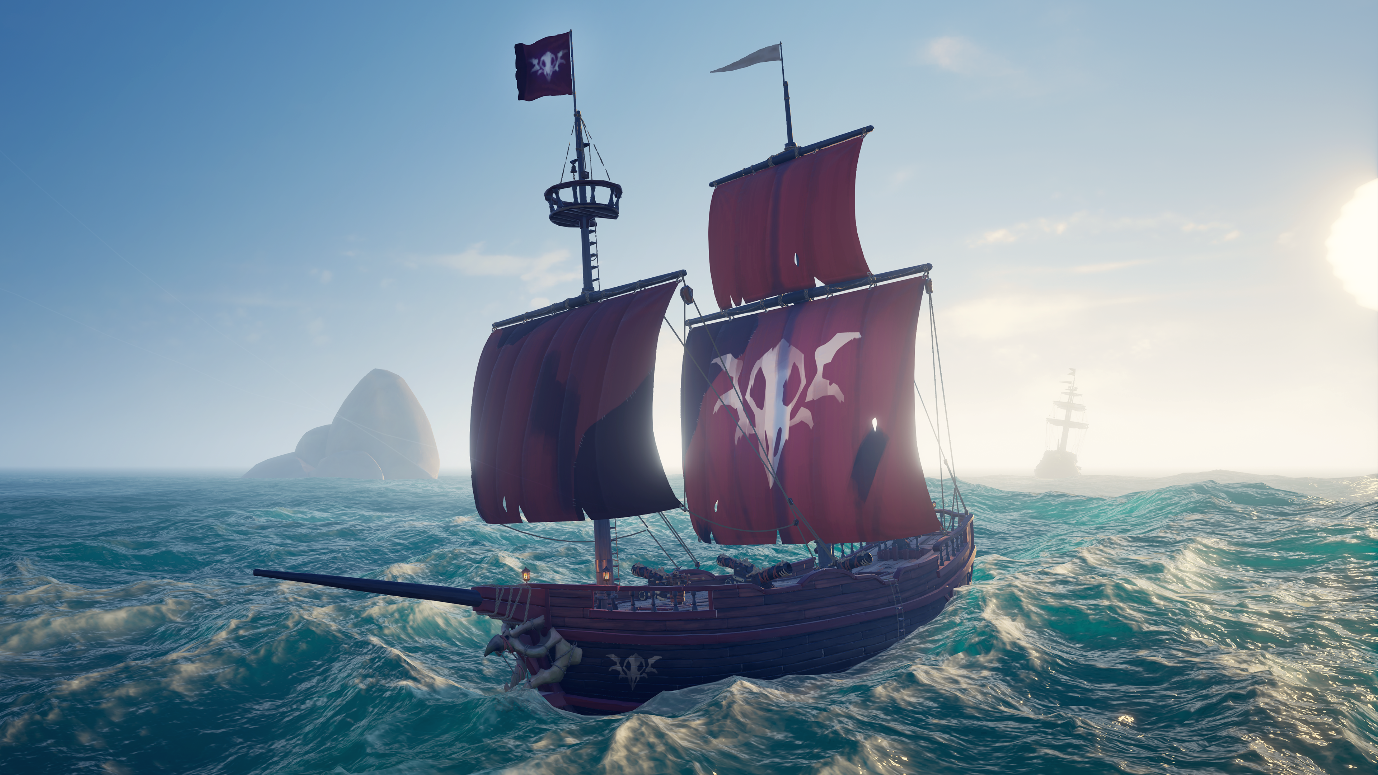 The second Sea of Thieves DLC, entitled Cursed Sails, will be available for free for those who own the game or access it through the Xbox Game Pass, and will release July 31.

Microsoft and Rare announced the news on the official Xbox Wire. Expansions for Sea of Thieves were already teased at this year’s E3 conference, but the Cursed Sails DLC has now received some additional details.

The Cursed Sails expansion will be biggest update so far and will include Skeleton ship AI enemies and the Brigantine ship designed for three-player crews.

“This permanent new content will be introduced into the game through a special time-limited campaign, Cursed Sails”, Joe Neate, Executive Producer at Rare  writes on the Xbox Wire blog. “Offering players a range of unique rewards, this three-week campaign will see skeleton ships terrorise outposts and challenge pirates to do battle on the seas. A story-driven side quest will also allow players to investigate the source of the skeleton scourge. For a taste of what’s to come, watch our new trailer above.”

We’ve included the expansion’s new trailer down below:

Ready your cannons for Sea of Thieves' second free content update. Cursed Sails sees the dead setting sail for war against the living, so sharpen your steel, stock up on bananas and prepare to meet terrifying skeleton ships in battle

Sea of Thieves is available now for both Xbox One and Windows 10 PC and is part of Microsoft’s Xbox Game Pass.