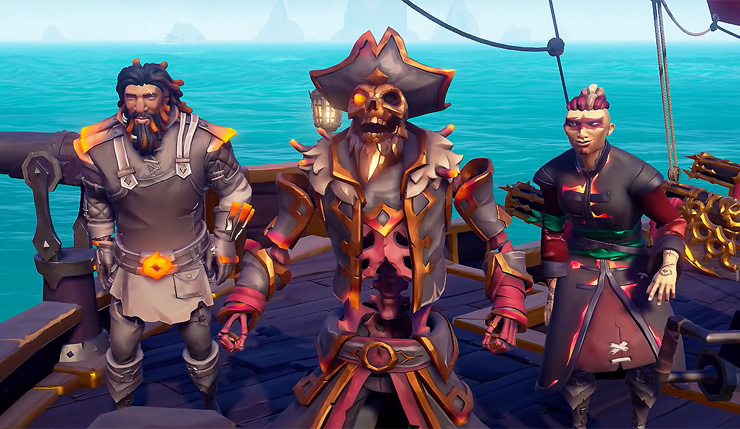 Sea of Thieves kicked off a new Fortnite-like seasonal update schedule earlier this year, and now Rare is preparing to launch Season 2 next week! Full details about Sea of Thieves’ next big update haven’t been revealed yet, but you can get a few hints in the teaser trailer, below.

Hmmmm! That big red skull cloud in the sky hints we’re getting another Skeleton Fort world event, and we get a peek at some new cosmetics, but probably the most interesting thing included in the trailer is that new “hide in a barrel” emote. It’s cute, sure, but could it also have some deeper gameplay implications? Is Rare planning to work more stealth elements into Sea of Thieves with this update? At the very least, it should have some interesting PvP implications. We shall see.

Haven’t logged into Sea of Thieves in a while and aren’t sure how the new seasonal update system works? Don’t worry, we’ve got you covered -- each one is three months long and includes a significant new piece of content and various updates to the world. There are also monthly live events, similar in scope to the ones we saw throughout 2020. A battle-pass-style progression system challenges virtual buccaneers to work their way through 100 levels of pirate renown in order to earn various cosmetic items. Seasonal updates are free, although you can also buy a “Plunder Pass” which offers better rewards. So, it’s a fairly standard live-service setup, but one that’s been proven to work and that players should be comfortable with.

Sea of Thieves is available now on PC, Xbox One, and Xbox Series X/S. Season 2 will kick off on April 15 and hopefully Rare will reveal a bit more about the update before then. What do you think? Excited for another season of swashbuckling?