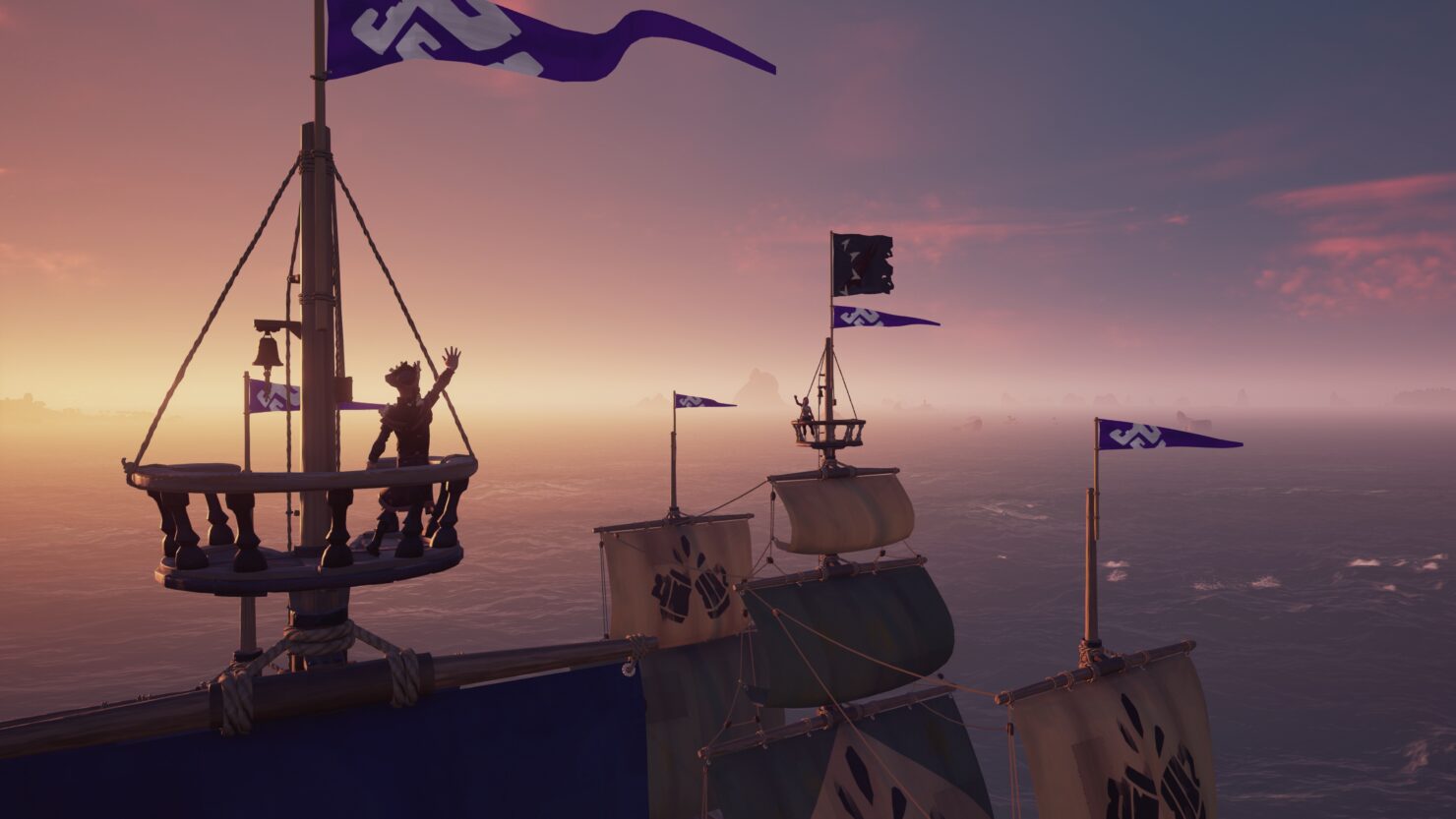 Sea of Thieves is getting the free 'Cursed Sails' update today, which will add Skeleton (NPC) Ships, a new three-player ship called the Brigantine and a new Alliance feature that lets players band together on the fly when needed.

Rare also announced that Sea of Thieves surpassed the milestone of five million players on PC and Xbox One.

Being able to share that we’ve welcomed more than five million players to Sea of Thieves since launch is both inspiring and humbling. Home to players from all over the world, the thriving Sea of Thieves community includes an army of content creators who have helped the game rack up 300M views on YouTube and more than 40M live broadcast hours on Twitch. Seeing our creative community embrace the possibilities that Sea of Thieves presents is an inspiration to everyone at the studio, and on behalf of us all at Rare, I’d like to thank everyone who’s been a part of this amazing adventure.

Sea of Thieves is a uniquely social game, where interacting with other players – either on the same ship or on rival crews – plays a critical role in the overall experience. Because of this, every single one of the five million players who’s played has bought something unique and special to the game: themselves. It genuinely wouldn’t be the same without you, and we can’t wait for you to jump into Cursed Sails and see how we’re working to fulfill our promise of new content in the months to come.

At Rare, we are more excited than ever to see where we can take this game. Every day I see the growth and content the team is working on or is planning for future releases, and it is unbelievably exciting. Thanks to everyone who has joined us so far, and to those who we will see join the adventure in the future. We’re really just getting started here!