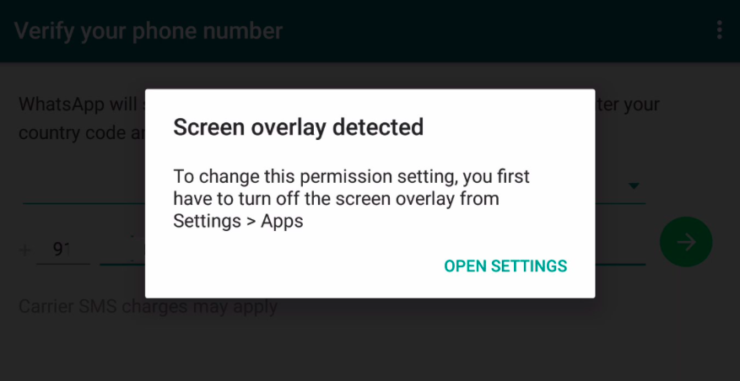 There are some issues on Android that annoy us but fixing them is a hard task to do as we got to dig deep down into settings to correct some permissions. With the launch of Android Marshmallow, one such error that made us frown is “screen overlay detected.” This error hinders launch of newly installed apps, which can be troublesome.

What causes the error?

Thankfully, it is not a herculean task to fix this error. You just got to tweak a few settings in your device. The first step for fixing the error is to know what is triggering it, and you see in Marshmallow there is a feature that allows some apps to draw over other apps. Applications like Facebook Messenger are one of those apps that want to stay ahead of other apps, and in pursuit of supremacy they end up messing with the functioning of other apps. Such apps make use of the “Draw over other apps” feature, which also means screen overlay.

There is a security reason too....

One of the reasons to include "screen overlay detected" pop-up on Android was to put an extra layer of security to stop rogue apps from running on your device. Many times, while browsing we end up downloading unwanted apps from other sources than Play Store. These apps have hidden commands to fetch data from your device, and that's why Screen Overlay Detected error pops up when some apps try to take control and ask for permissions. This feature was included in Marshmallow and above versions of Android. Although integrated for security measures, it ends up causing inconvenience to users as it pops up because of apps like Facebook Messenger and others rather than any unwanted app.

Enough with the explanation, let us show you how to fix "Screen Overlay Detected" issue on Android phones.

For Android phones other than Samsung and LG 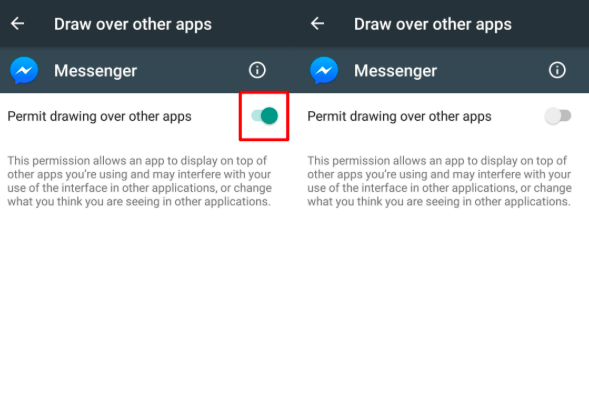 Samsung phones come with custom UI "TouchWiz," so there are different steps to fix the setting on Samsung devices. Here are the steps:

If the above given method doesn't solve your problem then try this method too for Samsung devices:

If everything fails then try resetting app preferences

The "Screen Overlay Detected" error pops up when opening a new app so you can enforce the above-given methods on your device to successfully open the app. You can always go back to settings and permit the apps to use screen overlay, but it is a time-consuming process. Let us know if this guide helped you in getting rid of the issue. If none of the methods worked for you, then we will dig for more solutions to help you resolve the issue.

How to Watch Apple’s WWDC 2020 Live on Any Device

How to Clear Galaxy S20 RAM and Boost Performance