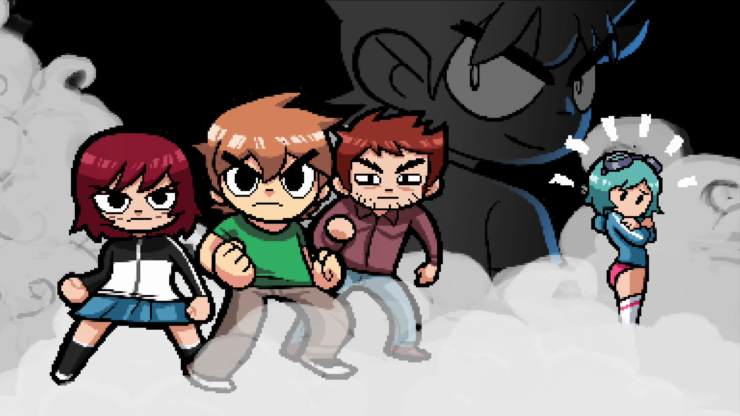 "Thank you so much for your support in making this our biggest release of all time!" Bogart tweeted.

Just a few days ago, Limited Run Games announced three different boxed versions of Scott Pilgrim vs. The World: The Game - Complete Edition on PlayStation 4 and Nintendo Switch. The limited editions ran from $35 for the standard version, $55 for a classic edition, and a special K.O. set for $140, all with varying extras you can receive for purchasing the titles, such as instruction booklets, stickers, soundtrack CDs, maps, and more.

In less than 3 hours we sold 25,000 copies of Scott Pilgrim on Switch!

Thank you so much for your support in making this our biggest release of all time! ❤️❤️❤️❤️❤️❤️❤️ pic.twitter.com/xtdFrxTeVf

Not bad for a game that originally released in 2010 and suffered delisting in 2014. It's a 2D arcade style beat-'em-up that finds you battling against Ramona Flowers' seven evil exes for the honor of taking her hand. That means beating up everyone from Roxie Richter to the nefarious Gideon Graves.

Scott Pilgrim vs. The World: The Game - Complete Edition just launched on January 14, and it's available on PlayStation 4, Xbox One, Nintendo Switch, and Stadia. You can buy it digitally on the storefront of your choice. If you enjoy retro arcade-style games and miss the simple pleasures of the 2000s when all we had to worry about was whether we were Team Edward or Team Jacob (and all that other frivolous stuff), then you'll enjoy yourself with this beat-'em-up classic. Be sure to hurry if you want a physical copy, though. Those have rocketed out of stock.

Scott Pilgrim vs. The World Complete Edition Gets a 2021 Release Date