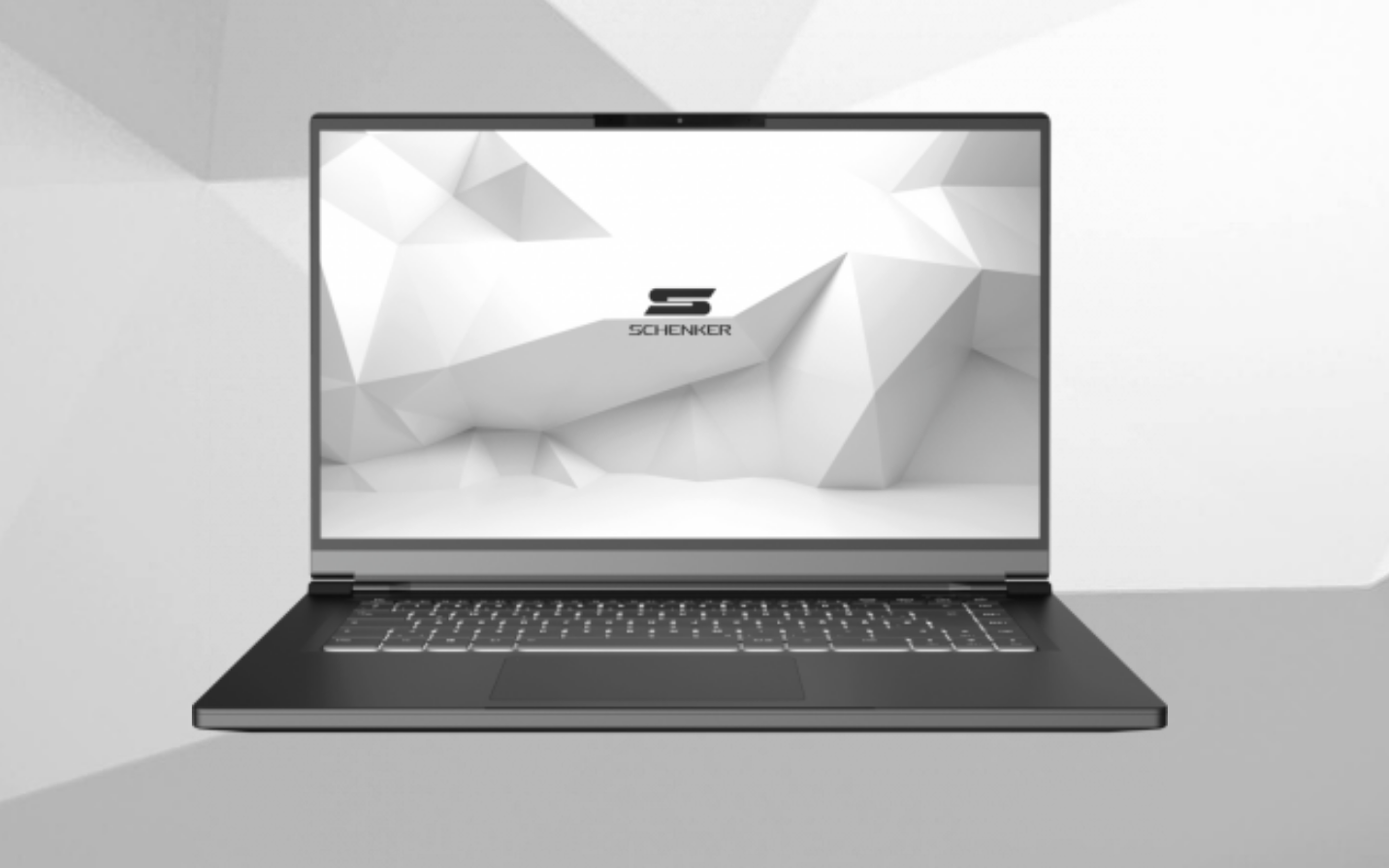 German laptop manufacturer, Schenker, has announced its latest laptop, the VIA 15 Pro, and what makes this laptop stand out from the rest is the fact that it's entirely powered by its Ryzen 4000 Renoir APU and doesn't rely on any discrete GPU making it the first true all-AMD Renoir powered design.

There are countless AMD Ryzen 4000 'Renoir' powered laptops out in the market right now but Schenker has gone ahead to release its newest product, the VIA 15 Pro which is powered by an AMD Ryzen 4000 processor and deliberately omits an additional dedicated graphics chip which leads to higher battery lifetimes.

The reason for doing so is very simple. The manufacturer believes and we've also seen that the Renoir APU is an absolute unit on its own featuring one of the best CPU designs on the laptop segment with Zen 2 architecture and an updated GPU that delivers impressive gains over older laptops. For the majority of the users out there, the difference in graphics performance that most mainstream laptops offer is not that significant when comparing the discrete GPU & integrated GPU.

There are some high-end discrete graphics options available for those who want to go that route but most users would find the 2nd Generation Vega integrated graphics to work out pretty well for them. As such, the VIA 15 Pro is an exclusive design for the European market featuring the Ryzen 4000 Renoir APU.

The base model which retails at €876.33 is configured with the Ryzen 5 4600H and 8 GB of DDR4-2666 MHz memory. The Ryzen 7 4800H configuration costs €82.86 more. Just like its XMG line of notebooks, Schenker will have standard and enthusiast profiles for its VIA 15 Pro laptop. The 91wH battery will complement the 45W APUs considering there's no extra graphics chip to run power to. In one performance benchmark shared by Schenker, you can see a performance uplift of 2.5 times over its previous VIA 15 laptop which featured the Ryzen 5 3550U 15W APU. 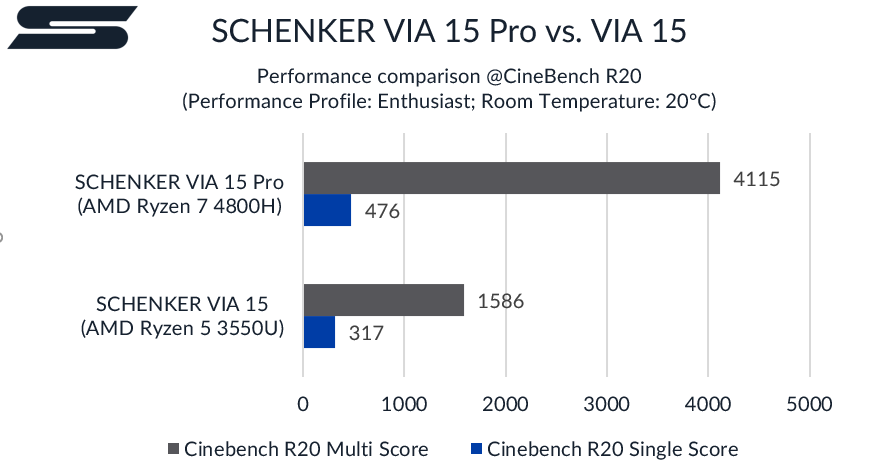 You can also configure the laptop with up to 64 GB of dual-channel memory with speeds of up to DDR4-3200. There's no LPDDRX DRAM option available for the VIA 15 Pro. The higher memory speeds will obviously help deliver higher bandwidth on AMD Ryzen 4000 APUs. The base variant comes with a 250 GB M.2 Kingston A2000 SSD (PCIe 3.0 x4) and you can go up to 2 TB of NVMe Gen 4 storage which costs an extra of €460.

In terms of design, the VIA 15 Pro is made to be thin and lightweight. It has a weight of just 1.5 kg and dimensions of 356.4 x 233.7 x 16.8 mm which makes it easy to carry around with you. The VIA 15 Pro makes use of an AZ91D Magnesium alloy for the upper shell and display lid. The bottom also makes use of a standard aluminum frame.

Connectivity includes four USB ports including a USB 3.2 Gen 1 port which is used to charge the device in addition to the standard AC connector. There's also an HDMI jack, an Ethernet port, an audio jack, and a micro SD card reader. You can also note several vents on the back of the laptop to blow hot air out offering good ventilation in terms of the exhaust.

Schenker has stated that the VIA 15 Pro with AMD Ryzen 4000 Renoir APUs is expected to start shipping pre-ordered devices by end of August. You can check out more details over at the official webpage and also check out the built-in configurator to see various price options for the laptop.