As the launch of notebooks based on AMD's Ryzen 4000 CPUs comes close, more details and benchmarks have started appearing for various chips. The latest benchmarks include the Ryzen 7 4800HS which is going to be the fastest high-end mobility chip at launch while details for the Ryzen 9 4900U have surfaced in a product showcase by Lenovo. 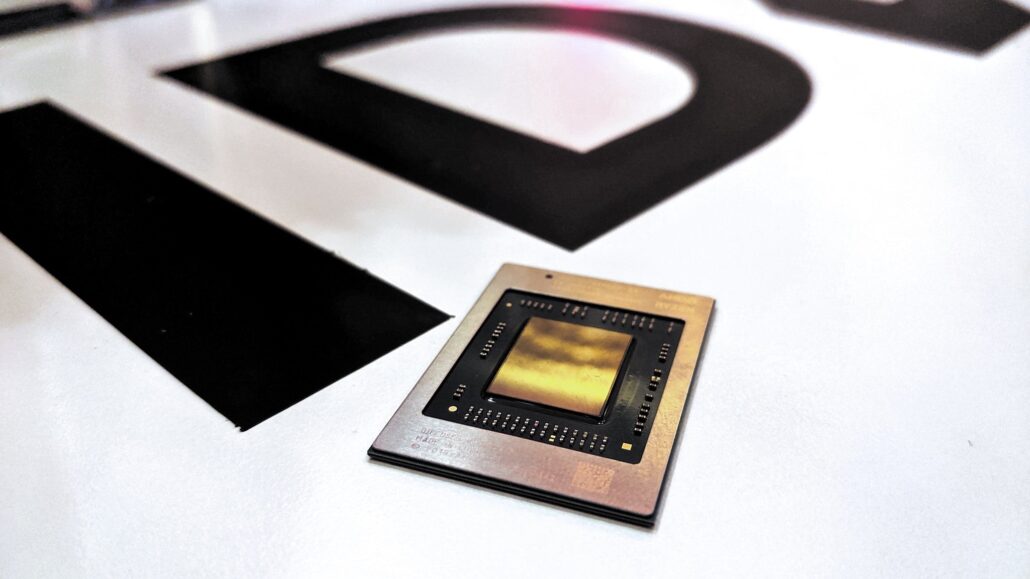 As the flagship part, the Ryzen 7 4800HS is outfitted with 8 cores and 16 threads. The chip comes in a 35W design and features a base clock of 2.9 GHz and a boost clock of 4.2 GHz along with 16 MB of L3 cache. The chip additionally features a 7nm Vega GPU with 8 CUs or 512 stream processors. The AMD Ryzen 7 4800HS would be featured in more premium notebook designs such as the ASUS Zephyrus G14 which is a stunning 14" laptop that comes with a GeForce RTX 2060 Max-Q graphics chip and weighs at 1.6 kg while offering fast on-the-go performance.

This is almost Ryzen 7 3700 tier of CPU performance which is impressive considering those are 95W parts while the Ryzen 7 4800HS is a 35W part. It also goes off to show how far AMD has come with their laptop processors consistently excelling over Intel's desktop CPU lineup which is thanks to consistent improvements on the architectural level and implementing innovative and new technologies.

Coming to the low-power side of things, we also got to see some impressive numbers of the Ryzen 5 4500U 15W CPU which was seen in a leaked review of the ACER Swift 3 S314-42 notebook. The 15 Watt lineup goes all the way up to the Ryzen 7 4800U but it looks like Lenovo spilled the beans on an even higher SKU known as the Ryzen 9 4900U.

The CPU was listed by Lenovo for their Yoga Slim 7 14 and 15-inch notebooks which the folks over at Notebook Italia got sight of. No specifications for this variant were listed but this could be the top U-series Ryzen 4000 chip. The Ryzen 7 4800U features 8 cores and 16 threads with a base clock of 1.8 GHz and a boost clock of 4.2 GHz. It is likely that the Ryzen 9 4900U would retain 8 cores and 16 threads but would feature even higher clock speeds, say 2.0 GHz base and 4.4 GHz boost in a 15-25W (cTDP) design.

Lenovo also lists it in the technical specifications page for the Yoga Slim 7 that it features a CPU up to Ryzen 9 and that more or less confirms the existence of the part and that it would definitely be featured in this year's notebook designs.

In a similar fashion, the Ryzen 9 4900H and Ryzen 9 4900HS processors were mentioned in the marketing materials from various OEMs and PC manufacturers during the CES 2020 launch but they never got an official announcement by AMD themselves.

It is likely that AMD is keeping the higher-end Ryzen 9 4900 series mobility processors in wraps until a later date. Similar to how the Ryzen 4000 H-series are giving Intel's desktop Core i7 parts a run for their money, the Ryzen 4000 U-series parts would deliver better performance per watt than Intel's entire Core i5 portfolio. And the interesting part in all of this is that these are mobility parts being compared to Intel's desktop parts, the crushing that the same chips give to Intel's mobility lineup is so brutal that I don't even want to mention it.