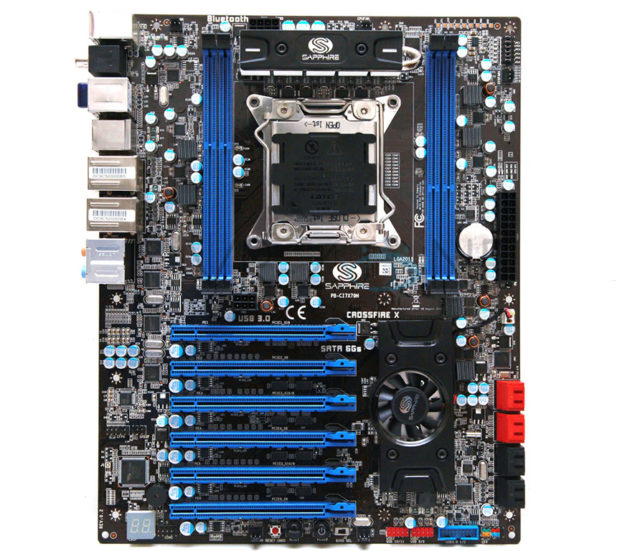 The board features a 7-phase digital PWM power supply to power the CPU which draws power from an 8-pin connector along with a  2-phase VTT circuit that uses common choke + DrMOS design and 24 Pin ATX Connector. Other than these, A six pin power connector is also located on the board to stabilize power from the PCI-e slots.

Equipped with Four DDR3 DIMM memory slots which allow for Quad Channel memory support. The memory is powered by a 4-phase VRM, which uses common chokes and driver-MOSFETs.

Expansion slots include 6 PCI-e x16 3.0 slots, An Additional NF 200 chip is also located to provide full x16 bandwidth. However only CrossfireX Multi GPU functionality is supported, SLI has been absent from the past Sapphire boards too. Storage options allow for Four SATA 6 and Four SATA 3Gbps ports while the rear panel includes two E-SATA 6 Gbps ports.

The board would be officially listed next week. 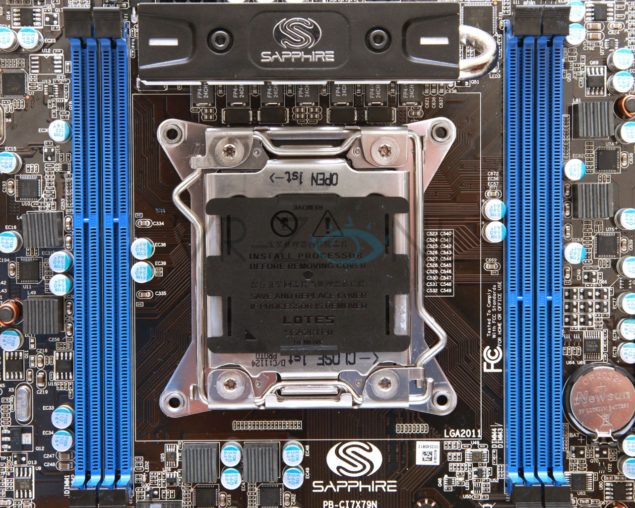 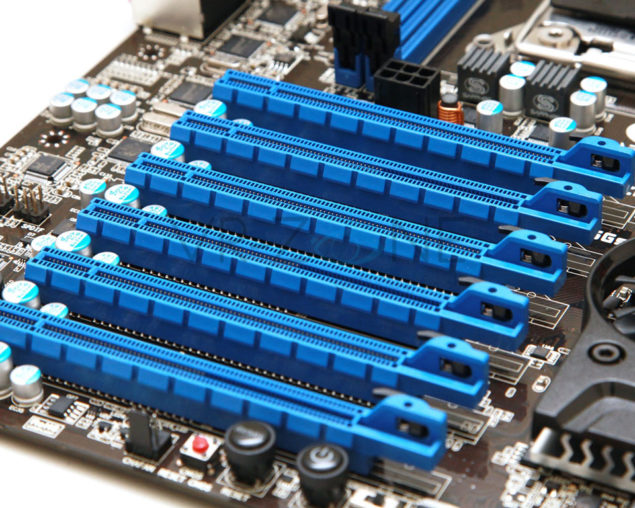 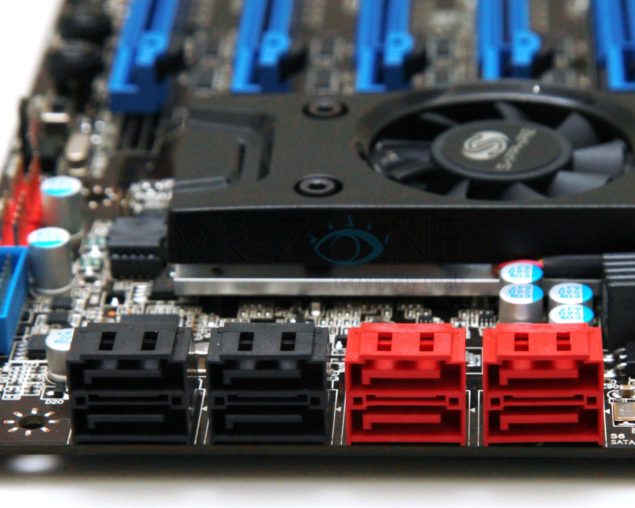 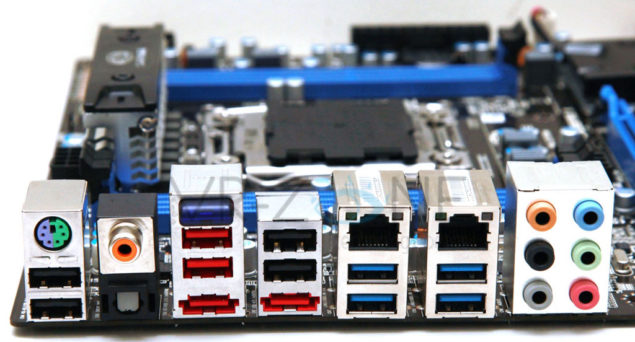