CrossfireX was initially planned to be a 2020 release, so has Smilegate Entertainment used that extra year and a half to add more content into the multiplayer? That could only be answered by a resounding ‘No’. Not counting the awkward menu setup necessary to get into the two halves of Remedy’s single-player campaign, players are limited to either Modern or Classic modes for CrossfireX. There are three or four options within these modes, including just one mode per map. When I first started up CrossfireX, I immediately thought that there must have been some mistake and perhaps the rest of the game was still installing; after all, trying to get Operation Spectre or Operation Catalyst to even start installing is a mess of bouncing between Xbox UI menus, opting into Game Pass to get one half of the campaign for free while the other half is $9.99.

If you aren’t part of the one billion players that’s played Crossfire before this next-gen debut, then perhaps the single-player campaign might be what draws you into this Xbox console exclusive shooter. It’s rare to bring on an outside studio to craft a campaign for a competitive multiplayer shooter, and doubly so when the studio is of the level of pedigree as Remedy. Known famously for their different takes on third-person shooters and action titles, this is the first time their Northlight engine has been used to create a first-person shooter. If you’ve read my preview on CrossfireX’s campaign, there isn’t much to add onto the original preview other than, well, there wasn’t actually any more campaign than what I had previously covered. 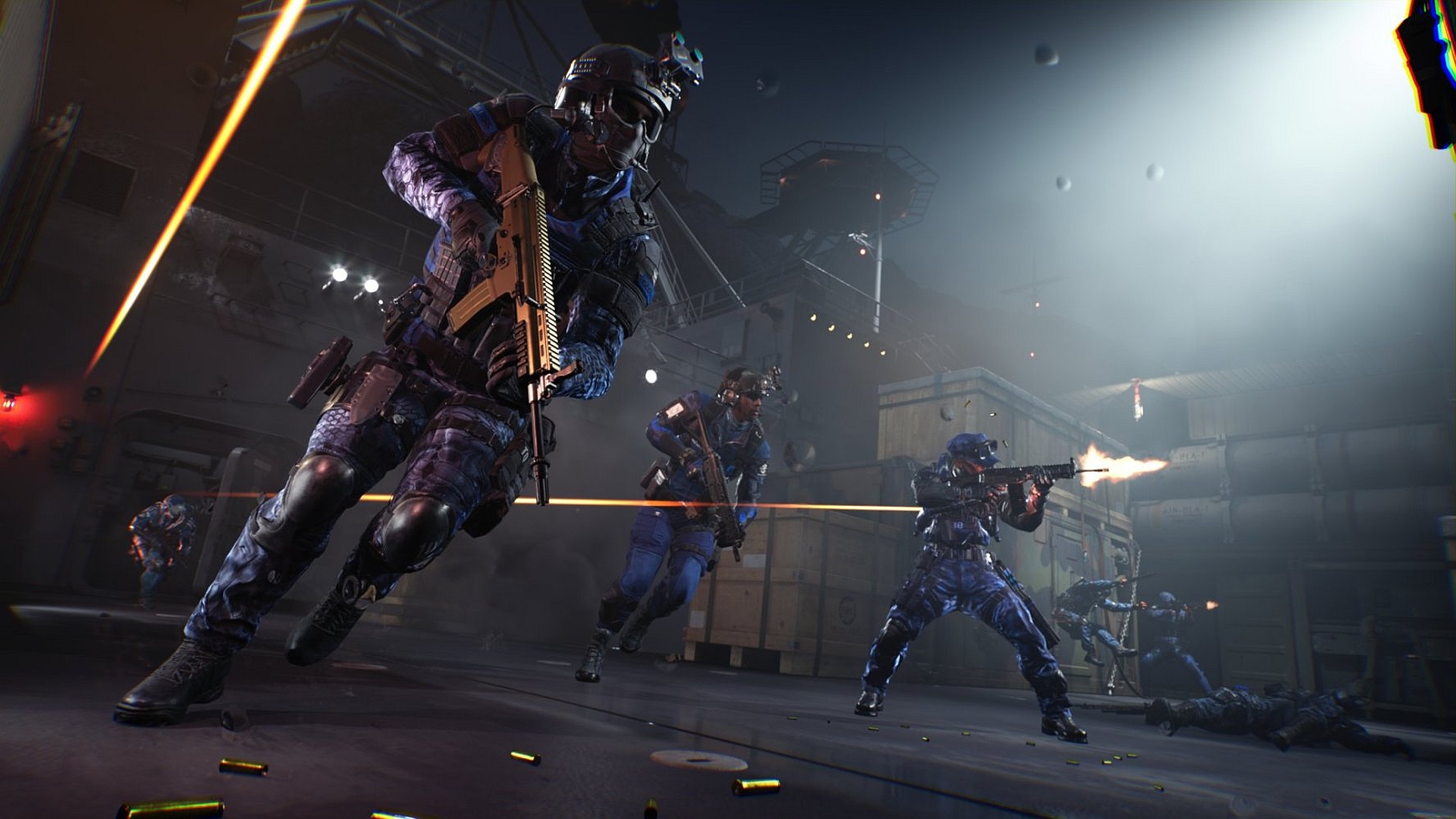 The two halves of CrossfireX’s campaign deal with the two paramilitary factions that are constantly at odds with one another throughout the world of Crossfire: Global Risk and Black List. The two sides of the campaign thrust players into a couple of action heroes that couldn’t be further apart. On one side of the CrossfireX challenge token is a PTSD suffering from a telekinetic link from a squadmate that’s been captured and interrogated for the secrets to winning an all-out global war; the other is Luis Torres, an imprisoned son of a war hero that may prove be a secret spectre weapon. Each campaign lasts roughly three hours but can be lengthened depending on your desire to hunt down pinatas and collectibles. Unique to the campaign is a bullet-time style slowdown to help push through enemy encounters that fit on its own but ultimately clashes with the multiplayer offerings, much like all of Remedy’s quality of presentation outbalancing the rest of the complete package.

Once in the multiplayer menu, again, you merely have a single map per mode. If you’re looking to play Point Capture, CrossfireX’s version of Domination, you’re only going to have access to that mode on GR Tower. For that mode, players start at opposite ends of the map at preset spawn points and push outwards to control one of the two points for the first half of the map, one in direct line of sight from one enemy base while the other is up a pair of escalators and provides overwatch for much of the battlefield. After a counter is reached, players then evacuate down zip lines and battle over the final point of the map amidst balconies and office canopies. To prevent players from getting too aggressive and camping enemy spawns, there are turrets located inside each spawn point, but they do little to defend against enemies that just stand ever so slightly outside the attack range and put one-hit kill sniper rifles to work.

As Point Capture is probably the primary mode that players will play, being limited to a single map with blatant choke points will sour the CrossfireX experience faster than sampling any of the other meager crumbs Smilegate has brought to the competitive table. This is immediately made worse with CrossfireX’s attempt at Call of Duty’s Killstreaks. Upon hitting a certain score threshold, players can cash out their banked-up score for the round with one of three perks that go away upon death: a heartbeat sensor, a ghost camouflage armor, and the Boogieman. The latter is the bane of nearly every Modern game of CrossfireX game I’ve played. With this perk, you gain five times the HP and swap your loadout for a pair of fast-firing MP5’s. At the moment, the game is imbalanced to the point where simply saving up your points to have your entire team go Boogieman can all but guarantee the win given CrossfireX’s fast time to kill. There’s a patch on the way to reduce the automatic healing while in Boogieman and block the ability to build up your scorestreak while accumulating kills as the Boogieman. I do have to applaud Smilegate for making such an obvious gameplay change, as earning points off scorestreaks to earn more scorestreaks can work if properly balanced. But that’s the issue with CrossfireX’s Boogieman as with so many other parts of the game; there isn’t a proper sense of balance. 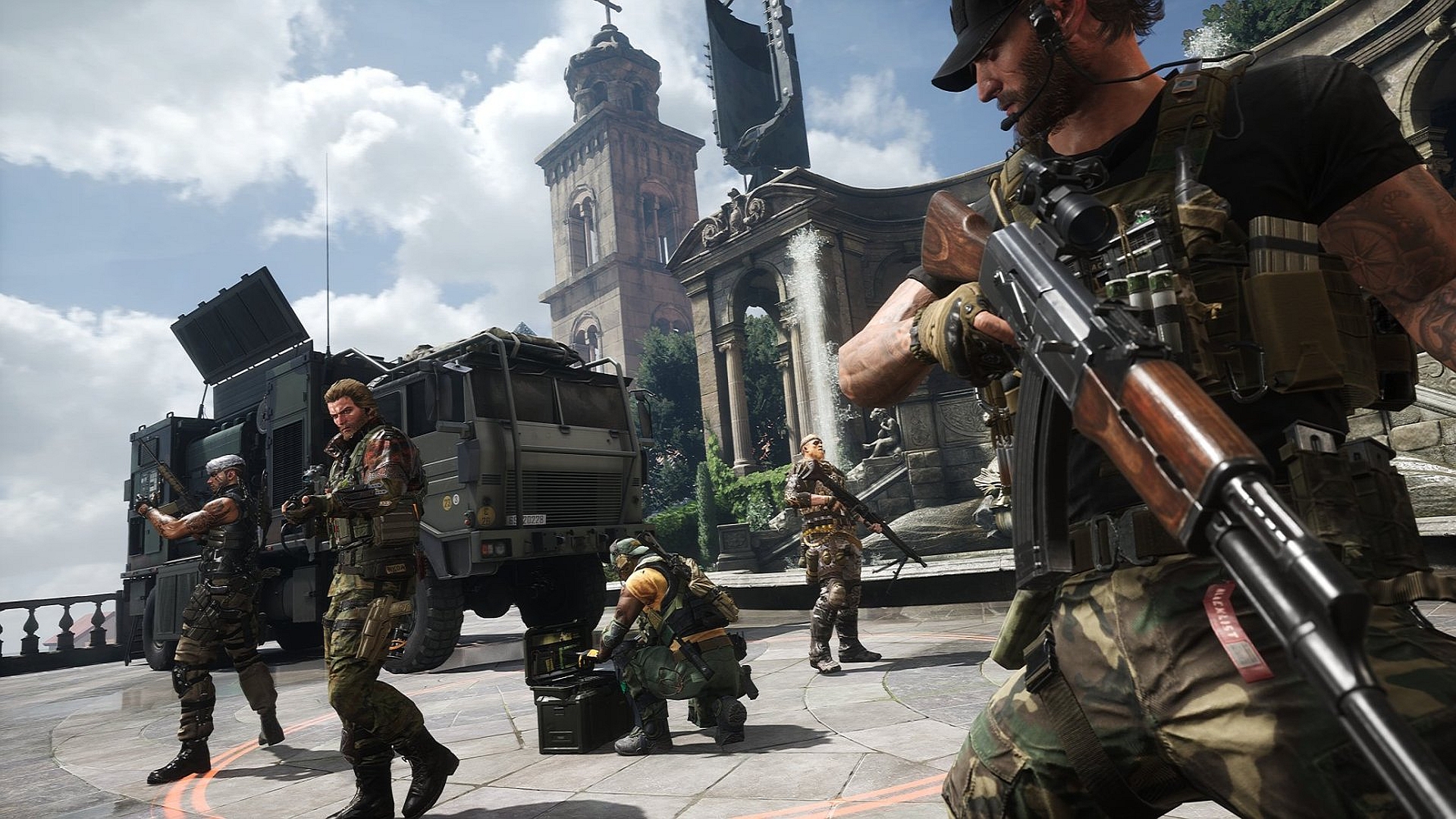 To keep players engaged and committed to spending time (and money, of course), CrossfireX includes the usual pillars that have popped up in nearly every major AAA FPS over the past five years. At the start, you’ve got your typical battle pass which unlocks gear, cosmetics, XP boosts, and currency the further you progress the track. Layered on top of that is a gacha-style black market where you’re constantly rolling to earn a chance at a shiny sniper rifle skin or perhaps something greater.

The free-to-play component to CrossfireX will get its hooks into players early on and force players to either grind out far too many matches to unlock a new gun or go through the easy routes of paying a few bucks for either the guaranteed purchase by investing GP/CFP direct into the purchase of a new gun or the usual gacha/battle pass routes. To put the cost into perspective, many weapons I was looking at investing in during my review hovered around the 750 to 1,000 point range. A pack of 4,000 CFP runs $6.99, so perhaps $2 to unlock a new gun on average. Once you get the actual weapon, cosmetics and customization are barebones. Beyond a select number of scopes and barrel compensators, there isn’t much to customize a weapon, and that’s where the black market comes in with weapon keychains and skins.

Remedy’s inclusion into CrossfireX’s single-player campaign is perhaps the best part of the package that I could recommend. With extremely dated multiplayer mechanics that have been bandaged up with all of the modern retention techniques to keep players coming back to the mediocre shooter fare, CrossfireX is certainly a title that I wouldn’t be looking to recommend for anyone looking for their weekend FPS fix. Once you take away Remedy’s campaign offerings and look purely at Smilegate Entertainment’s multiplayer component, you’re left with a shooter mode that ultimately feels cheap despite how much effort is spent into extracting money and time from the player.

To the benefit of Smilegate, CrossfireX ultimately is a free-to-play shooter with the campaign offerings locked behind Xbox Game Pass or a $20 investment (again, you won’t get the complete campaign for free on Xbox Game Pass). If all you’re looking to spend is a few dozen GB of data and hours of your time to satisfy your curiosity, there’s bound to be someone championing CrossfireX’s multiplayer offerings. Still, in all honesty, I can’t recommend an imbalanced and severely dated multiplayer offering and a campaign that doesn’t come anywhere close to the highs of Remedy’s other titles. If nothing else, at least look at CrossfireX’s dollar store variant of de_dust2 for your own curiosity.

Reviewed on Xbox Series X (code provided by the publisher).

If it weren't for Remedy's inclusion of a somewhat routine FPS campaign (with some strange PTSD and telepathy moments thrown into one half), CrossfireX would simply be among one of the worst FPS titles I've played on Xbox. However, players might still find some joy in at least experiencing half of the campaign for free via Xbox Game Pass before downloading the competitive multiplayer and throwing all of those smiles away.