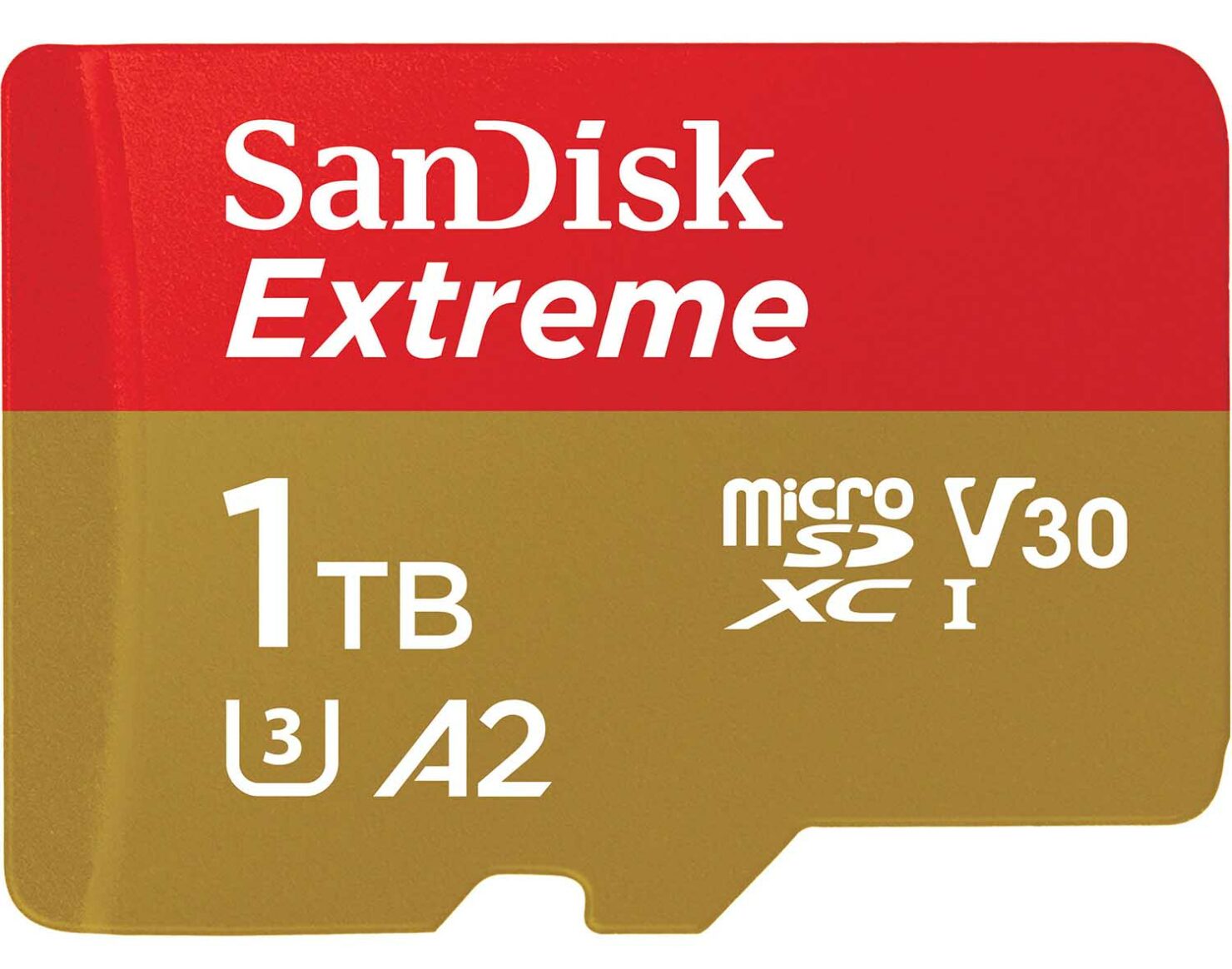 If you want to upgrade the existing storage of your smartphone, add one to your action camera, drone, or anything that accepts a microSD card, then SanDisk’s Extreme line will suit your purpose perfectly as they aren’t just discounted, but available in multiple storage capacities. So, if you require a 64GB card, or want to head into overkill territory, then there’s a 1TB microSD card option available too.

Designed for microSD devices such as smartphones, interchangeable-lens cameras, drones, or GoPro action cameras that can capture Full HD, 3D, and 4K video, as well as raw and burst photography, the 64GB Extreme UHS-I microSDXC Memory Card from SanDisk has a capacity of 64GB, is compatible with the UHS-I bus, and features a speed class rating of V30, which guarantees minimum write speeds of 30 MB/s. If your device does not support the V30 standard, this card also supports the U3 standard, which also guarantees minimum write speeds of 30 MB/s. Read speeds are supported up to 160 MB/s and write speeds max out at 60 MB/s.

SanDisk claims that its memory cards are water, temperature, shock, and X-ray proof, providing extreme levels of durability for the user. You also get an SD card adapter with each microSD card purchase, so you won’t run into compatibility problems for any devices that don’t accept the microSD form factor.

With the 64GB memory card starting at only $15, this much capacity is plentiful for a lot of users out there.

While you’re at, here are some more deals from today.