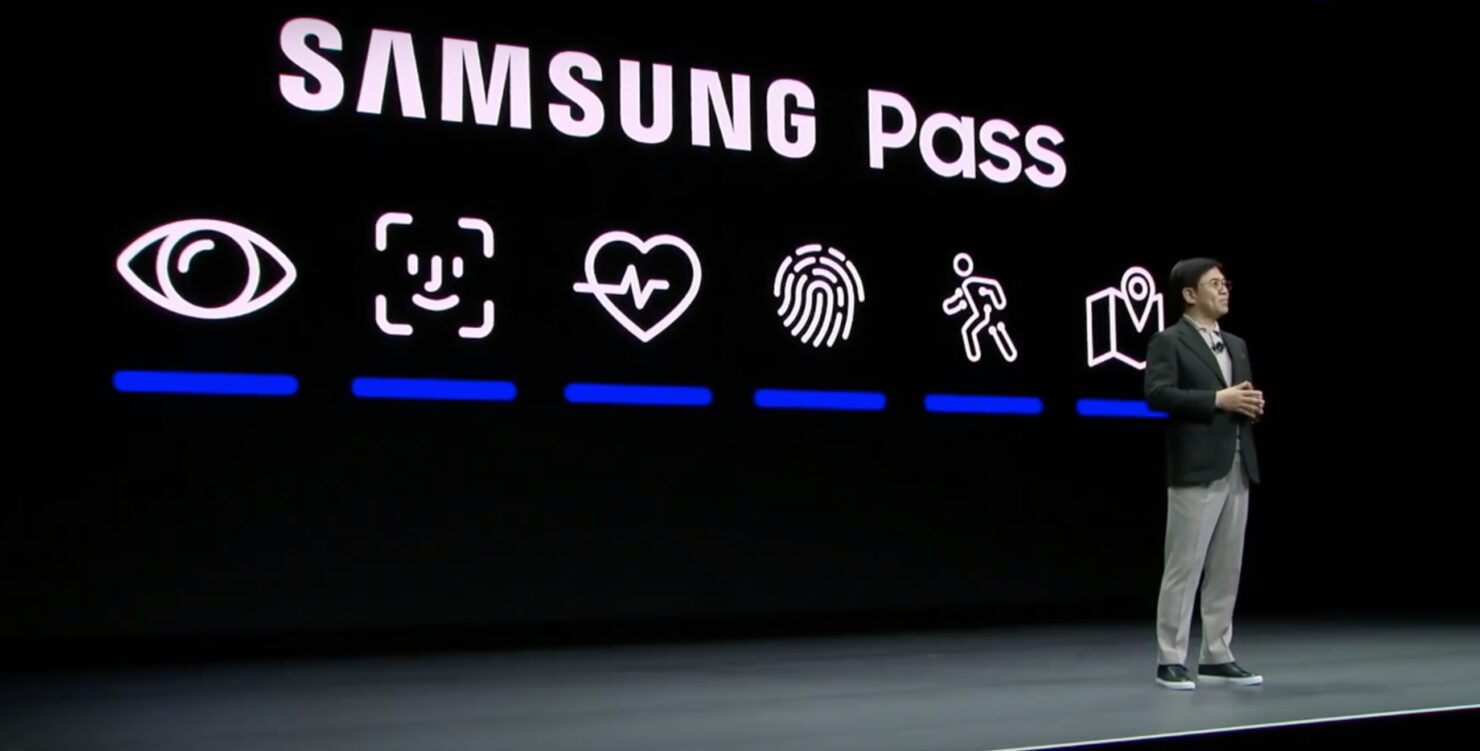 Samsung cannot help but steal Apple’s design ideas and assets. For its latest trick at CES 2020, Samsung has stolen Apple’s popular Face ID and Touch ID icons and displayed them in a presentation for their product called Samsung Pass.

Samsung Pass is the company’s “identity management as-a-service” product, or what users normally call a password manager. Through the product, Samsung will allow users to use on-device biometric authentication methods to login to apps and websites. Usernames and passwords will be safely stored in Samsung Pass, and secured by Samsung Knox, the company’s encryption technology. Samsung Pass will be pre-installed on the company’s smartphones, tablets and laptops.

When Samsung was announcing the product on stage at CES 2020, attendees found something interesting. Samsung had straight-up stolen Face ID and Touch ID icons from Apple’s products. These are not global standard icons, and Apple has created them specifically for their own products. Samsung even has its own icons for iris scanner, fingerprint reader, and face recognition on their smartphones and other devices so it was weird that they went on to show another company’s icons instead. A company that has sued them in the past for stealing design and infringing on patents.

Here are the icons in question, courtesy of Parker Ortolani, Product Development Lead at Buzzfeed:

Here is a comparison of the icons: 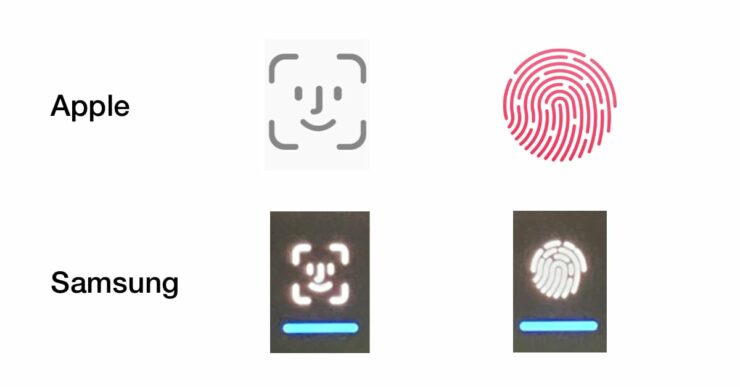 This is not the first time that Samsung has taken inspiration from something Apple has made and straight-up copied it for their own use. Whether it is an icon, marketing material, app design, features or straight up complete product designs, Samsung has done it all. One would think that after growing to be one of the biggest smartphone manufacturers in the world, Samsung would have learnt to be more careful in such things.