InWin has created the Diéy PC case, which doesn't conform to the standard design of a PC tower instead, this PC case is designed to look like an other-worldly plant from a science fiction movie. The Diéy PC case features an open-air design and with mechanized, petals which are designed to resemble a swarm of butterflies. This case features a color of Water Blue and is made from Aluminium, SECC, and Plexiglass.

InWin's Diéy PC case is not only an interesting design but also features a broad range of compatibility.

The Diéy PC case features wide range compatibility for an E-ATX motherboard, a large Graphics Card Length, and a CPU Heatsink Height of up to 170 mm. The E-ATX motherboard features can support up to 12" by 13" in size, and this PC case features a Graphics Card length of up to 360 mm. The Diéy PC case features a total of up to four drive bays. These bays can support a 3.5" drive or a 2.5" drive and with this case's eight total PCIe expansion slots. This large number of expansion slots allow for easy upgrade-ability and the ability to have multiple GPUs easily installed to your system. 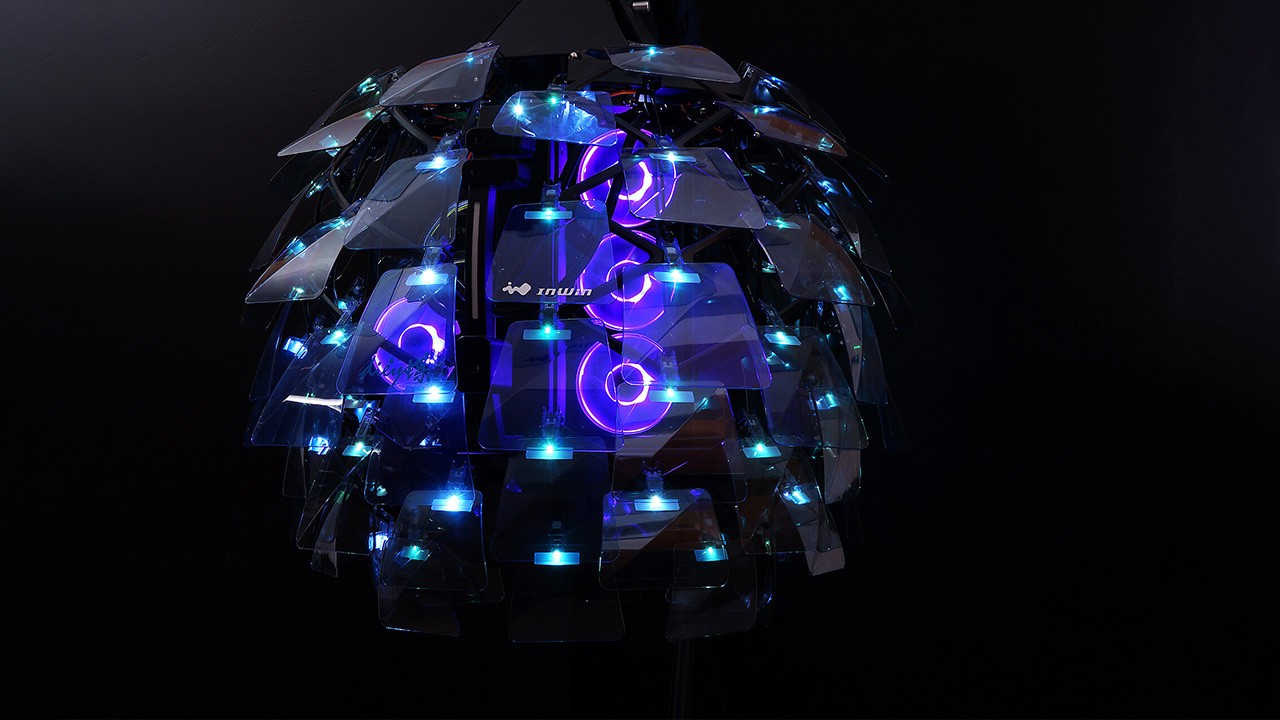 One key point of this case the Diéy's design, which ventures fairly far from the typical PC case. This case looks more like a plant from common sci-fi movies, and this is facilitated using mechanized plexiglass petals and the hanging nature of the PC components. These petals can be left up, allowing for easy access to the components installed. The RGB lighting of your PC's components can be seen through the plexiglass petals. This further accents the strange other-worldly look of this PC case. 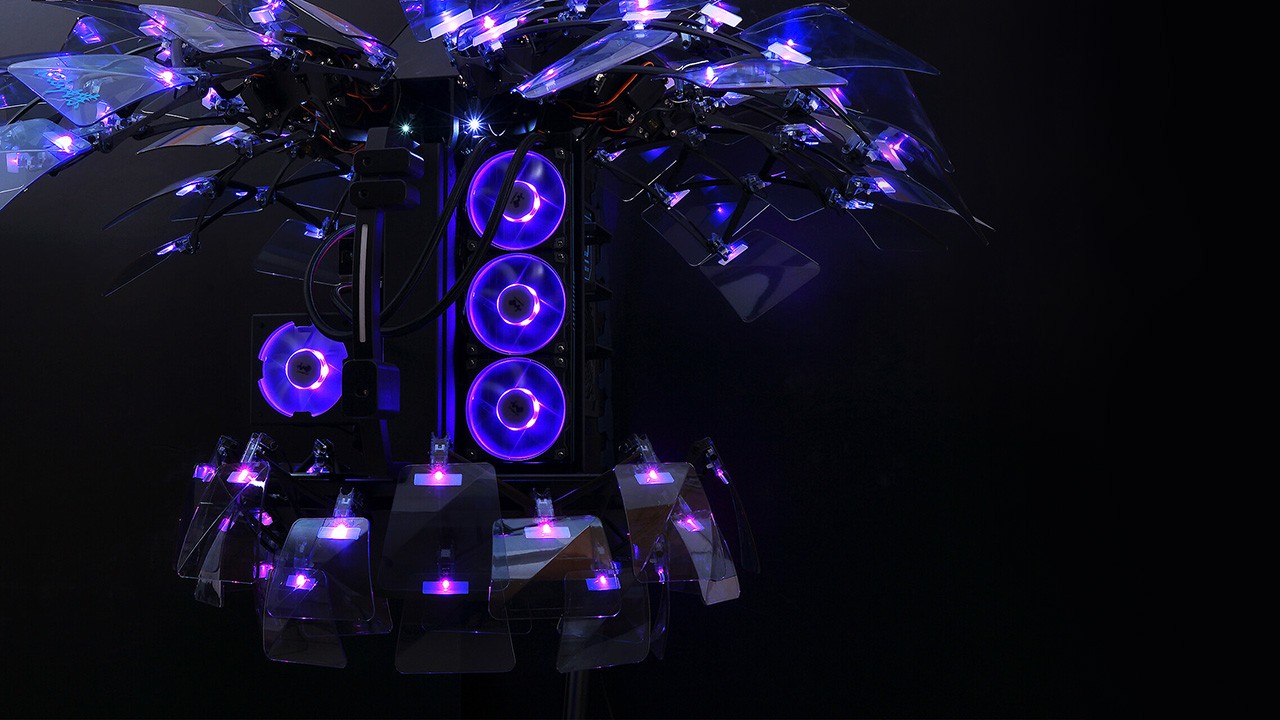 This case was initially teased at CES 2020, as shown in this article, InWin will be accepting orders for a small production run sometime in April, sadly InWin has not revealed any pricing.