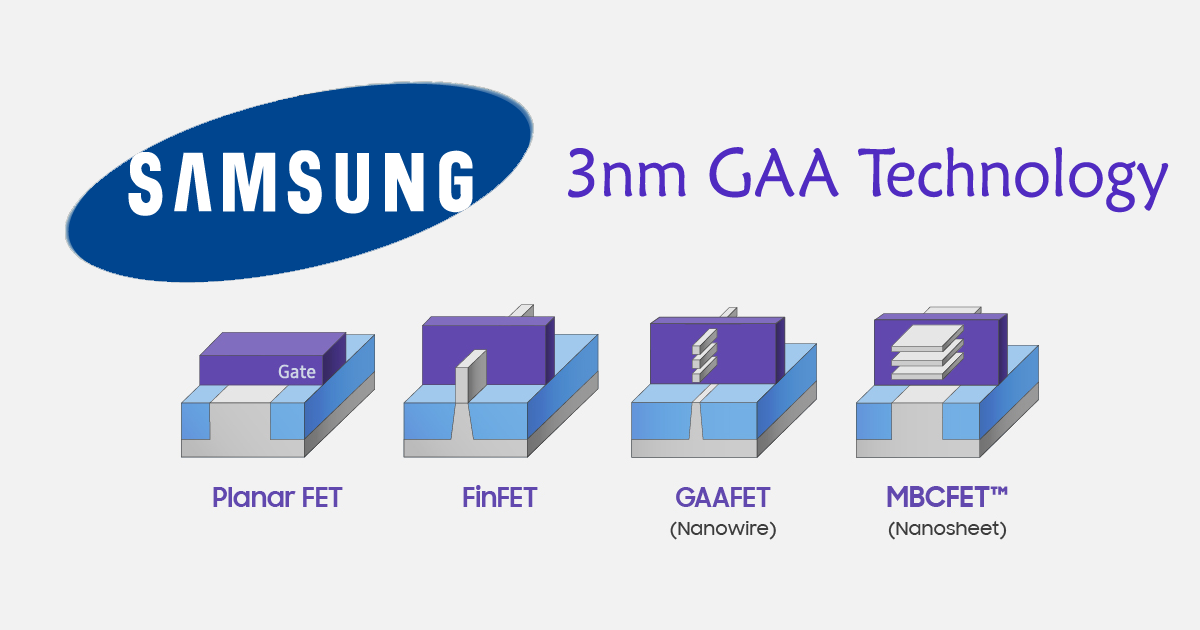 An illustration of Samsng Foundry's gate-all-around (GAA) transistor design which will mark the next phase for the integrated circuits that are at the heart of every modern-day computing device. Image: Samsung

South Korean chaebol Samsung Group's semiconductor fabrication division, Samsung Foundry, is planning to increase its chip price later this year, according to a report from the Korean media outlet The Elec. Samsung is one of the two contract chipmakers globally capable of manufacturing semiconductors on advanced processes such as the 7nm and 5nm nodes. The second is Taiwan's Taiwan Semiconductor Manufacturing Company (TSMC), reportedly increasing its chip prices from the fourth quarter of this year, with the sector straining under the increased demand for chips in several markets.

According to The Elec, Samsung and another Korean foundry, Key Foundry, have notified their customers about an upcoming chip price increase. This increase is expected to range between 15% to 20%, and it will depend on the chip manufacturing technologies requested by the customers, their order volumes and the duration of their contracts with the chipmakers.

Additionally, the publication's sources also report that the price increase will go into effect in "four to five months" from now, implying that the earliest they can take place will be in December and the latest during the first quarter of next year. Samsung's larger chipmaking rival, TSMC, is reported to increase its prices in the four-quarter, which started this month.

According to estimates from investment banks, this increase is expected to boost TSMC's revenues by at least 22%, with the effect expected by the second quarter of next year due to shipping times.

The price increase by Samsung Foundry and Key Foundry is accompanied by one taking place at companies involved in shipping and packaging the chip wafers. Once fabricators are finished printing billions of tiny circuits on a wafer, individual chips are extracted and then packaged before heading to the next stage in the supply chain.

The chip packaging companies are expected to implement their price increases this month, and reports suggest that the foundry price increases will also affect customers who have already sent their orders to Samsung.

However, unlike the industry reports for TSMC's price increases which laid down specific percentages with respect to the manufacturing technologies involved, today's report only lists down what appears to be an average price hike.

TSMC is currently manufacturing chips with transistors sizes as small as 5 nanometers (nm) is thought to implement a 20% price increase for its older and mature nodes that start and go above 16/20nm features sizes. For the advanced technologies, such as 7nm and the latest 5nm, the increases are expected to range between 7% and 9%.

Chipmakers have committed to making substantial capital expenditures in the sector over the coming years. TSMC has announced plans to invest $100 billion over the next three years in its facilities, and Samsung Group announced a $205 billion investment package last week for its semiconductor, telecommunications and bioinformatics sector for the next three years.

The rush of investment in the sector comes as manufacturers race towards developing leading-edge chipmaking nodes such as 2nm and beyond. These will require newer machines and advanced processes, which require significant research before they are ready for mass production. This research involves developing and designing new transistors, with the current FinFET transistors on their way out as sizes become even smaller than they currently are.