The Taiwan SemiconductorMAnufcturing Company's (TSMC) purported decision to raise its price will enable the company to compete with Santa Clara, California chip giant Intel Corporation in terms of gross margin believe financial analysts. TSMC, which is the world's leading contract chipmaker, reportedly plans to raise the prices for its advanced and mature semiconductor manufacturing processes from the fourth quarter of this year, according to industry reports from Taiwan, a decision that will impact the entire sector. Now, investment bank HSBC and Hong Kong-based financial services firm Alethia Capital have shared their opinions about the price increase, and both express optimism about its ability to benefit TSMC in the future positively.

The two firms' reports, sourced by The United Daily News (UDN), reveal that both positively view the reported semiconductor manufacturing process price hike. HSBC estimates that a 15% average increase in TSMC's average selling price (ASP) carries with it the potential to drive the company's revenue upwards by at least 22% and improve its gross margins to stand at anywhere between 53% to 55%.

In financial terminology, the gross margin refers to the percentage of a company's revenue after direct manufacturing costs have been accounted for to its total, pre-cost revenue. TSMC's gross margin for the full year 2020 stood at 53%, while Intel's stood at 56%. For the first half of this year, the gross margin stood at 51.2% for TSMC and 56% for Intel.

Alethia Capital also shares HSBC's beliefs regarding TSMC's gross margin improvement following a price increase. It gives a similar range of 53% - 55% for the new gross margin. HSBC reiterates the details mentioned in the earlier report for the specific price increase percentages based on specific manufacturing processors.

The report, which surfaced last week, had cited industry sources to state that the prices for mature processes above 16/28nm will be increased by 20%, while those for the advanced 7nm and 5nm nodes will be increased between 7% and 9%. 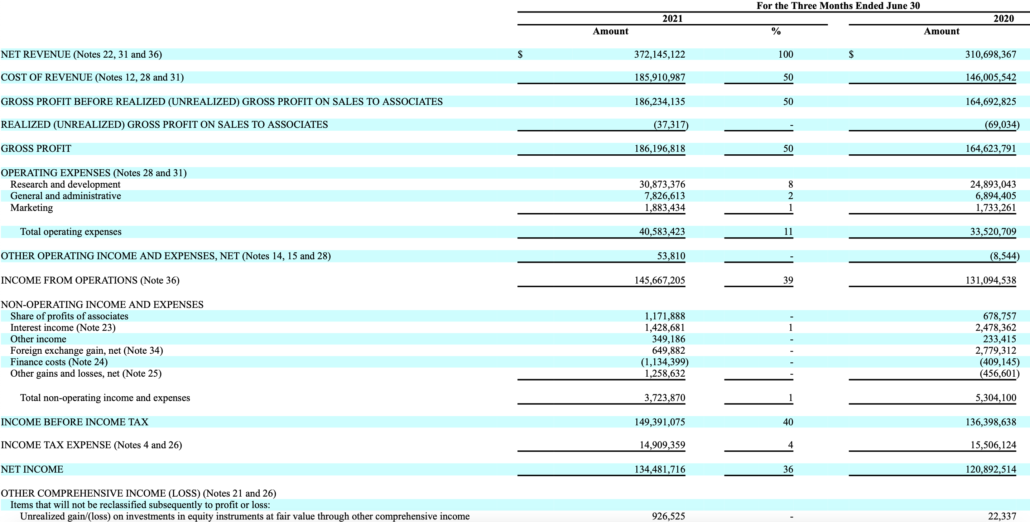 Even though TSMC's revenue grew by 20% annually in the second quarter of 2021, its direct manufacturing costs grew by 30% during the same period annually, highlighting the complexities of manufacturing leading-edge processors.

According to HSBC"s supply chain sources, TSMC plans to increase prices for processes below 7nm by 50% to 10%, for nods between 12nm to 28nm in between 10% to 20% and for nodes above 40nm by 20%. Combined, these result in an average price increase of 15%, with this estimate factored into the bank's gross margin increase estimates mentioned above.

However, since the increases are expected to occur in the fourth quarter, their effect on this year's revenues and gross margins will be minimal.

Based on the current tight semiconductor supply chain situation and high demand for advanced chip manufacturing technologies, HSBC's original estimates had anticipated a 2% - 3% price increase for the advanced processes. It expected these to contribute towards an overall price increase of 9% with revenue growth of 19%.

While TSMC has successfully marketed its chipmaking technologies as being amongst some of the most advanced in the world, the future holds a tough competition for the Taiwanese foundry. U.S. chip giant Intel, which has traditionally enjoyed a strong manufacturing technology lead, plans to extensively use advanced chipmaking techniques for its current and future manufacturing processes. Some of these techniques will be possible through current chipmaking machines, which both Intel and TSMC have, while others will require access to even more advanced tools, tools that will end up determining the fate of the entire sector.