In case you're wondering whether or not the Samsung Gear S2 will be iPhone compatible, then you'll be pleased to learn that the company has confirmed that it's looking into the possibility at opening up the device to Apple's mobile platform. 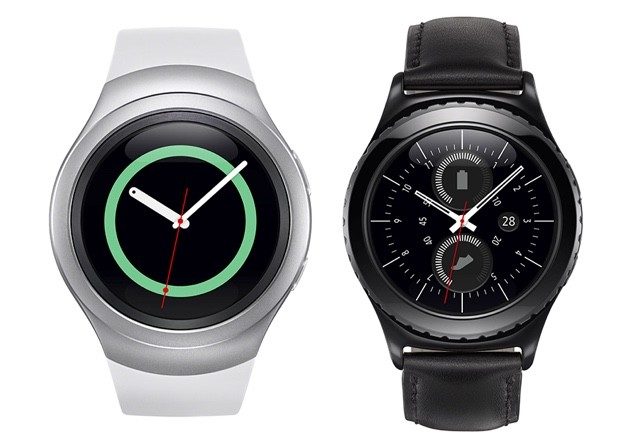 The Samsung Gear S2 smartwatch is the first ever wearable from the Korean giant that's 'done right.' The previous wearables coming out from the company were a bit of a dud, considering that they needed a Samsung Galaxy smartphone to work, but this around, the Korean electronics giant opted to do things differently and has opened up a bit more in the Android space, by making its device compatible with a huge range of smartphones. And in case you're wondering whether or not the Gear S2 will support the iPhone, then you'll be pleased to learn that it will.

According to a Samsung employee, whose identity hasn't been disclosed, had this to say on the matter:

So, at one point in time, you can expect the Gear S2 to work with your iPhone, and you have a whole heap of wearables to choose from already if you plan on sticking to Apple's platform.

It's also worth mentioning here that the Gear S2 runs on top of Samsung's proprietary software, Tizen, and not Android Wear, which many manufacturers have started to embrace. And recently, Google opened up Android Wear to iPhone users just under a week back, making Apple's mobile platform the only one which supports the majority of smartwatches out there in the tech space - Android Wear, Microsoft Band, Pebble, Tizen, etc.

When will the Samsung Gear S2 add iPhone support is anyone's guess, and we're sure the Korean giant will definitely make its plans public in the days to come. After all, iOS is a huge market, and making accessories compatible with it seems like a logical step for any company that is looking to boost the sales of its products.

Whenever Samsung has more word on the matter, we'll bring it forth to our readers. Till then, just sit tight and wait it out. And oh, will you be buying a Samsung Gear S2 smartwatch if it gains iPhone support? You know where to drop your thoughts and opinions; that's right, in the comments section below.