After dropping an initial teaser at its Galaxy Note 5 and Galaxy S6 Edge+ event this month, Samsung has officially taken the wraps off its new smartwatch, the Gear S2. 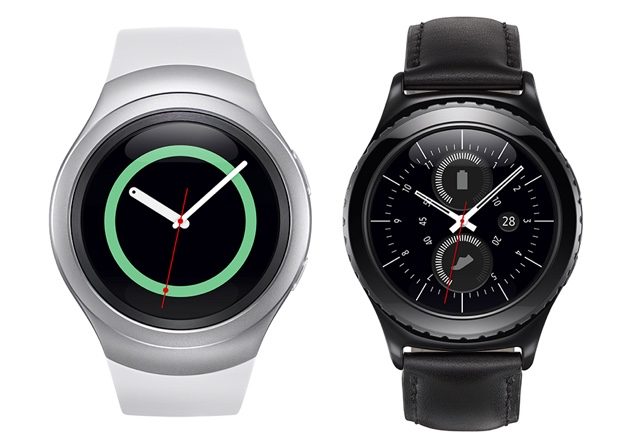 Despite having a number of smartwatches in the market, and also calling itself a pioneer in that arena, the Korean giant wasn't able to make a dent in the wearable space the way it had hoped. But today, with the official announcement of the Gear S2, Samsung has laid in all its cards to change all that.

Samsung's latest smartwatch has a round / circular face, and is available in two options - Gear S2 and the Gear S2 classic. Where the Gear S2 is a vanilla offering tailored to those who are always on the go and prefer a minimal design, the classic however, is aimed towards users who want a more premium timepiece, as it comes in a black finish, topped with a matching genuine leather band.

On the dimensions front, the Samsung Gear S2 is just a mere 11.4mm thick. On the display end, the Gear S2 has a 1.2-inch Super AMOLED panel with a resolution of 360x360 pixels. And if you do the math, that's 302 pixels per inch, which is more than adequate for a display of this size.

The device even features a rotating bezel for interacting with the UI, sort of like an answer to the Apple Watch's Digital Crown. And on the side of the device are two buttons, Home and Back.

Powering the little device is a 1 GHz dual-core processor, which should be sufficient enough to keep things ticking over. While under the hood, the Gear S2 will ship with 4GB of internal storage, topped off with 512MB of RAM.

If you're planning on taking a shower with the Gear S2, then Samsung has you covered in that regard as well, as the device is IP68 certified for water and dust resistance.

Coming to the sensors the device packs, users can expect the usual suspects, such as an accelerometer, gyroscope, and of course, a heart rate sensor. Apart from that, the Korean giant has even tossed in a barometer and an ambient light sensor too.

Samsung also says that the device comes with NFC on board for mobile payments.

On the battery front, the Gear S2 will last for 2 to 3 days on a single charge, depending on the model you're getting, such as the regular one or the 3G enabled one, as the latter has a slightly larger battery at 300mAh. And yes, the 3G model doesn't need a phone to make calls, in case you're wondering.

Users can stay connected with at-a-glance notifications to check calendars, e-mails, news and can even send important texts directly from their wrist. Users can choose the Gear S2 with 3G connectivity which incorporates the first-ever e-SIM with voice capability, to perform quick functions without being closely tethered to their phone.

The full list of specs of the device are as follows: 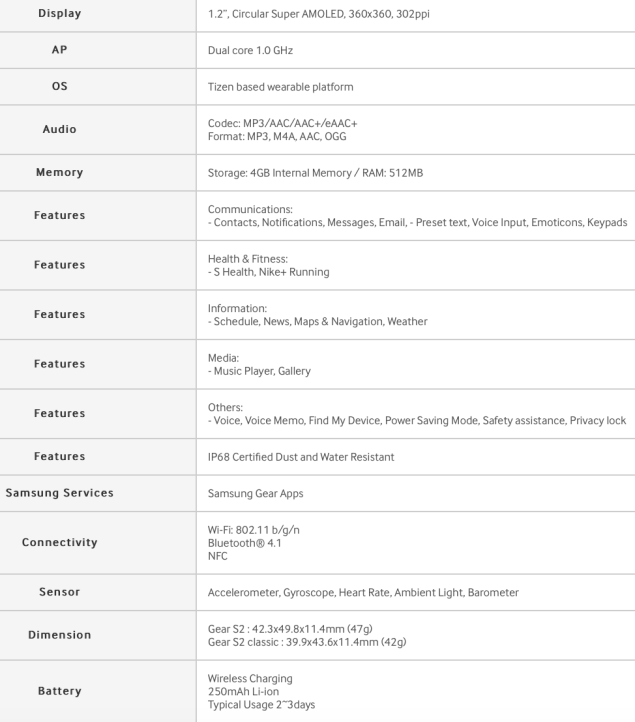 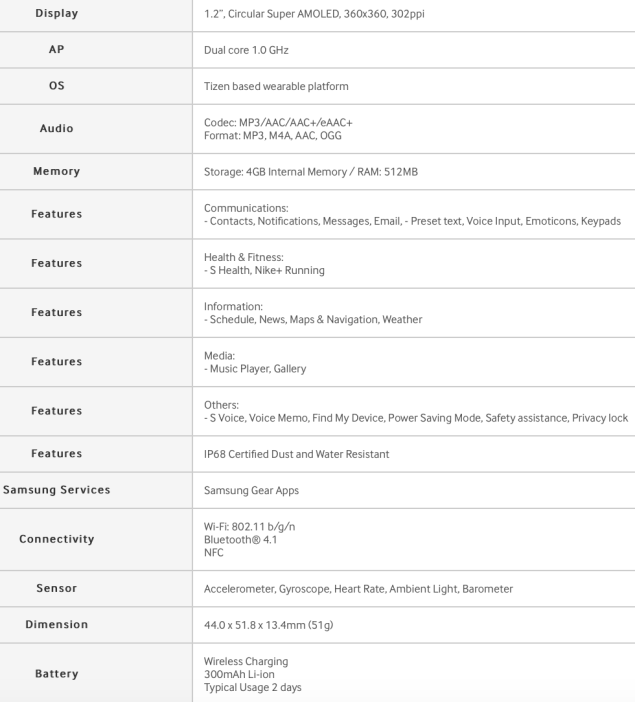 The company hasn't said a word in terms of pricing, but said that the "Samsung Gear S2 and Gear S2 classic will be showcased for full media hands-on and more applications will be demonstrated with partners at Tempodrum, Berlin on September 3."