This time of the year is always the most fascinating with retailers throwing out old gadgets for cheap and technology companies working hard to produce new devices for the next year. Year end also brings us a truckload of new leaks, rumors, and expectations around new devices. While Sony is busy with its Sony Xperia Z4 and Z4 Ultra launch at CES 2015, Samsung will be soon starting its Project Zero of completely innovating Galaxy S6. We have already seen some great concept of the upcoming flagship from Samsung, this one might make you even more happy. 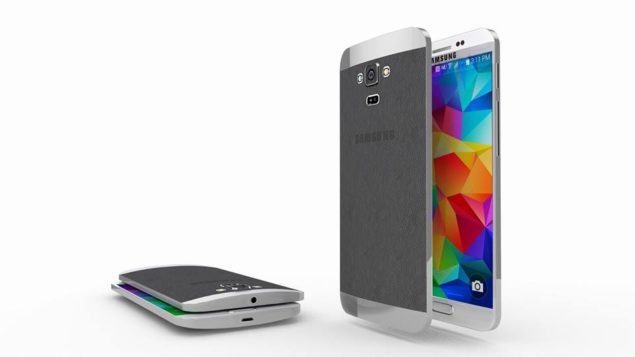 With Apple and Android competitors reaching to the top and new companies emerging from China and now Germany too, Samsung has to bring in a device that is no short of a beauty. From a metal unibody to top specs, Samsung will have to produce a device that is not only power-packed in terms of specs but is also premium when it comes to looks.

Here is a beautiful Samsung Galaxy S6 concept with designer hoping for these specs and features:

Semi-metallic body with water and dust resistant design and a removable, faux-leather back panel

5.5-inch display featuring 2K resolution, however slim bezels and narrow spaces both on top of the display and at the bottom offer more display area, 80 percent usage by display

Heart rate sensor at the back similar to the S5

Expandable memory supporting up to 128GB of additional storage

Android 5.0 Lollipop with custom user interface; TouchWiz, layered on top of it