Walmart, among a few others, leads the game of deals when it comes to holiday season. This year too Walmart is offering some great discounts on smartphones, smart TVs, gaming consoles, and other gadgets with its famous 1-hour stock guarantee. Here are some of the best Walmart Black Friday deals of 2014. 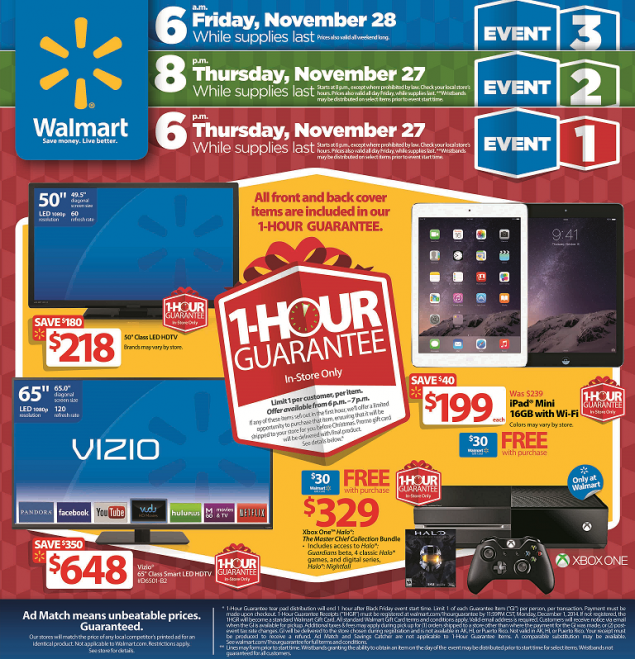 Here are some of the amazing Walmart Black Friday 2014 deals on smartphones, consoles, displays, and other gadgets that you should consider buying:

Some amazing discounts on high-end smartphones:

- For more, please visit Walmart's official page full of deals and discounts for this Black Friday 2014: Walmart. Beware to check the deals with due diligence as getting a tablet for $29 might not prove to be a good decision in the long run. Happy shopping!