Planning what gifts to give and from where to get the best deals this Black Friday? It takes some serious planning when it comes to buying expensive gadgets and the holiday season gives the reason to buy some more and share the technology with your loved ones. We have already shared with you the deals that Walmart is offering starting November 27 through the weekend. Here are some of the best Best Buy Black Friday 2014 deals being offered on Android smartphones, Android and iOS tablets, gaming consoles, and the hit of this year - curved TVs. 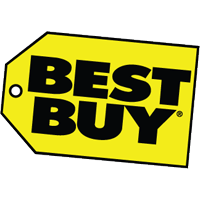 Here are some of the Best Buy Black Friday 2014 deals giving good discount. These cover a couple smartphones, tablets, accessories, and TV series by different OEMs.

Galaxy S8, Galaxy S8+ and Galaxy Note 8 Deals Are Just Waiting to Be Checked Out at Best Buy

Some Big-Saving Black Friday Deals from Walmart and Best Buy!