With less than two weeks to go until the unveiling of Samsung Galaxy S4, we're hearing a lot about what the upcoming flagship Android smartphone from the Korean manufacturer will boast. Seeing as how each successive model after the original Galaxy S has proved to be a bigger hit than its predecessors, hardcore Samsung users as well as Android lovers have a lot of hopes pinned on this upcoming device. If rumors are to be believed, it certainly won't disappoint. 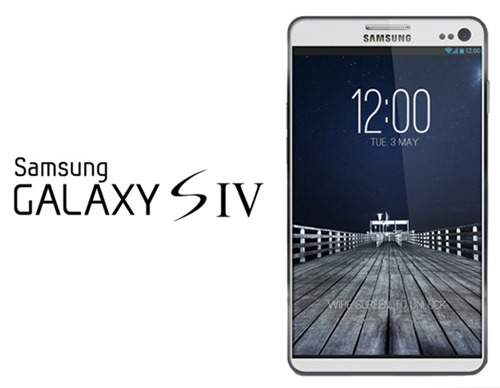 Samsung has thought out of the box this time around and will be unveiling the new device at Times Square in New York City on 14th March. Being one of the most visited places in one of the most vibrant city in the world, Samsung surely hopes that an event of this scale would result in improved consumer interest in its new flagship smartphone. The entire event is open to the public, which will be able to see a livestream of the official announcement as well as get to experience the device at Times Square.

Over the past few weeks we have been hearing a lot of rumors about the Samsung Galaxy S4. Today there's an entirely new one. Apparently the Samsung Galaxy S4 will be released in two colors, black and white. Samsung Galaxy S3 wasn't released in black as the color was substituted by a new one, which Samsung named Pebble Blue. For those of us who like our smartphones to be black, this is pretty good news. There will be a lot of alternative colors as well for the new device, but it is likely that they will be made available quite sometime after the official launch has taken place.

So if this rumor is to be believed, there will actually be six variants of the Samsung Galaxy S4 at the time of launch. The device will be launched with three memory configurations, 16GB, 32GB and 64GB. There will most definitely be a microSD card slot for those who wish to externally increase the storage memory. Two colors and three memory configurations mean six variants of the upcoming Samsung Galaxy smartphone.

I expect the company to wow us when it comes to the hardware specifications. The Samsung Galaxy S4 will most definitely mark the beginning of the next generation of Android powered devices. We'll see how it will hold up against its current competitors in the market after the 14th of March.