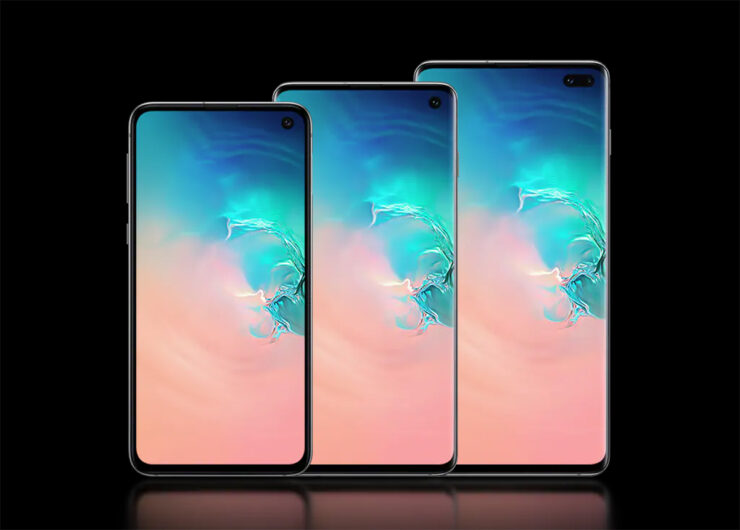 Much like every other OEM out there, Samsung throws in some new features with every release. The Galaxy Note 10 features several exclusives such as the new DeX for Windows app, a dedicated screen recorder app, more video editing functions in the Stock app and more. It is only a matter of time before they're ported to older devices—as seen with the DeX for Windows app—which made its way to the Galaxy S10 series last month.

The Gallery allows you to find your favorite photos quickly by refining searches with keywords. It is also worth noting that the update for the Gallery app over 200 MB in size as it brings an entire AI engine with it. The software gradually learns what is on your photos and allows you to search by words. You can use words such as “cats”, “nature”, and even try your luck with colors or locations.

The next Galaxy Note 10 making its way to the Galaxy S10 series is the Media & Devices button in the notification panel. It shows you all devices that are connected or paired with your Galaxy smartphone. It is useful when you have speakers as Samsung has put media controls allowing you to control your audio device remotely.

Lastly, the Auto Hotspot feature lets you use your Galaxy S10 into a Wi-Fi hub. After the initial setup, the Galaxy S10 establish a hotspot automatically with other Samsung devices if they share the same Samsung account or family account.

There are also a host of other Galaxy Note 10 features making their way to the Galaxy S10 series. The latter now gets the Note 10's AR Doodle feature, allowing you to add a personal touch to videos with fun. The camera app gets the Super steady video stabilization and the front camera gets a dedicated Night Mode. The update is currently rolling out globally and should be available to all eligible devices in the coming weeks.