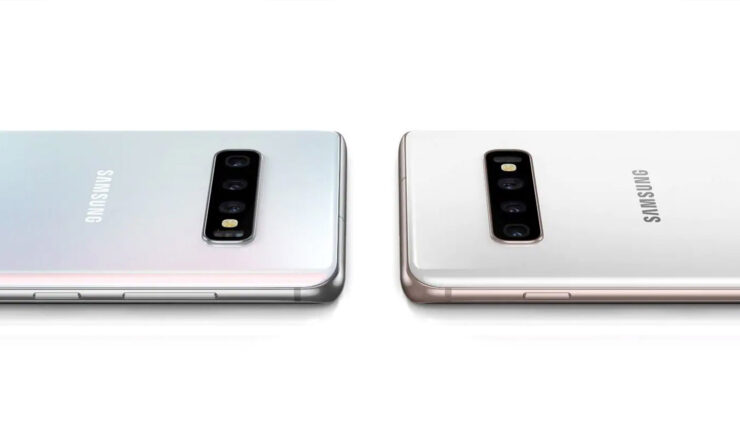 The Samsung Galaxy Note 10+ is host to a lot of interesting cameras features such as Live Focus Video, AR Doodle, and Super Steady Video mode. They're more than capable of running on older Galaxy devices as they don't require any special hardware. Galaxy S10 owners will be pleased to know that they can soon run the formerly Galaxy Note 10 exclusive camera on their device.

The latest Galaxy S10 software update brings new camera features from the Galaxy Note 10.  As a cherry on top, it even adds Dex for PC support, a feature that was supposed to come much later with the Android 10 update. The builds bear firmware version G970FXXU3ASIG, G973FXXU3ASIG, and G975FXXU3ASIG and are now rolling out for the Galaxy S10e, Galaxy S10, and Galaxy S10+ respectively. It may take up to a week or two for you to get it depending on where you live. So far, the update has only been released in Germany and Switzerland. Here's the full changelog (in German):

As mentioned earlier, the update brings new camera features such as Live Focus, Live focus video, Night mode for the front camera, AR Doodle for the front camera, and Super steady video mode. Lastly, it also upgrades the devices' existing video editor. This brings the Galaxy S10 series' camera almost on par with the Galaxy Note 10 series. Usually, these things remain exclusive to a device for longer and it's refreshing to see that Samsung decided to dole it out to older device just a month after the Galaxy Note 10 series dropped.

The added support for the DeX desktop app is a far more significant change for power users. You can now harness the full power of your Galaxy S10 on a Windows or Mac via the desktop client. Lastly, the Galaxy S10 series now also supports the Link to Windows app that lets you check your notifications, receive calls and the likes on your PC. It is a lot less powerful than the DeX app is and little more than a glorified shortcut that gives you quick access to your phone when you can't reach for it physically.