Every smartphone company is willing to offer the latest Android Lollipop update on their new or older smartphones. Likely, Samsung's Denmark unit has confirmed an Android Lollipop 5.0 update for its 2012 flagship, the Galaxy Note 2. Its just just yet confirmed over the twitter post that Galaxy Note 2 users in Denmark will get the Lollipop update. Other regions would either have to endure their existing OS or wait for any other change in plans. 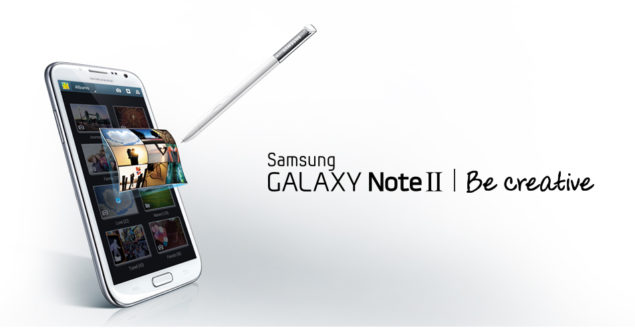 Since not all countries will be bestowed with the Lollipop update, Samsung confirmed that it will only roll down to few regions. Previously, the Samsung gulf had portrayed their views on the Galaxy Note 2 that it won't be getting any Lollipop update but the Denmark subsidiary had different plans.

Samsung has done a way good job considering the provision of Lollipop updates. It has provided updates to many of its previous models such as thr Galaxy Note 3 and Galaxy S4. Even though the Note 2 was way older, Samsung should be acknowledged to have taken this step. Here are the twitter post that confirms Android Lollipop update in Denmark.

@Kamil_Sabry Hi! Each market has their own updates so it can vary from market to market. Danish Note 2s (CSC code: NEE) will get Lollipop.

It was also revealed in the post that the Galaxy Note 2 4G GT-N7105 and Galaxy Note 2 GT-N7100 will be the lucky models to receive the Lollipop update. The confirmation report as to which of these variants will get the update first is yet not confirmed.

@NilsFarving Both will get the Lollipop update, but not at the same time. No info on which will come first. 🙂 http://t.co/lQQ0Q3Fcvm

Previously, there were reports in February, telling that the Note 2 variants in Poland will also get an update to the latest android OS while other reports from Samsung Gulf itself said that there will be no jumping ahead in the OS category. If we're talking about updates, you should know as well that Spanish division is also considered to get a Lollipop update, however, final news resides with Samsung. The condition involved if Note 2 variants come problem free with the Lollipop update, the roll out will began soon enough.

On the final note, Note 2 Lollipop update is yet to be confirmed via Official sources. So Note 2 users are advised to check their System Upgrade option regularly. You can do this by going into Settings > About Phone > System Upgrade. If by chance it pops out all of a sudden, let us know in the comments section below.

Steps to Flash VRUFND7 Android 4.4.2 on Samsung Galaxy Note 2 – How to