For most people, mining Chia on their SSD isn't advisable because it can quickly kill your SSD. Sabrent has come in with its Plotripper and Plotripper Pro SSDs designed with Chia mining in mind.

The Sabrent Plotripper Pro Will Last A Very Long Time Mining Chia With A 54,000 TBW Endurance

Chia is a relatively new cryptocurrency that is based on a proof of storage model which differs from the more traditional cryptocurrencies such as Bitcoin and Ethereum. Chia is advertised as a greener, more environmentally-friendly cryptocurrency because the plotting process on the storage devices doesn't consume much energy when compared to traditional mining. However, the plotting process for Chia is very taxing on SSDs. Some of the best consumer SSDs can only last a few weeks before dying. Chia is best mined on an enterprise-level SSD or a hard drive. The two most important qualities in a storage device for mining Chia is write speed and endurance. Hard drives have great endurance, but not so great write speeds so people resort to using consumer SSDs. 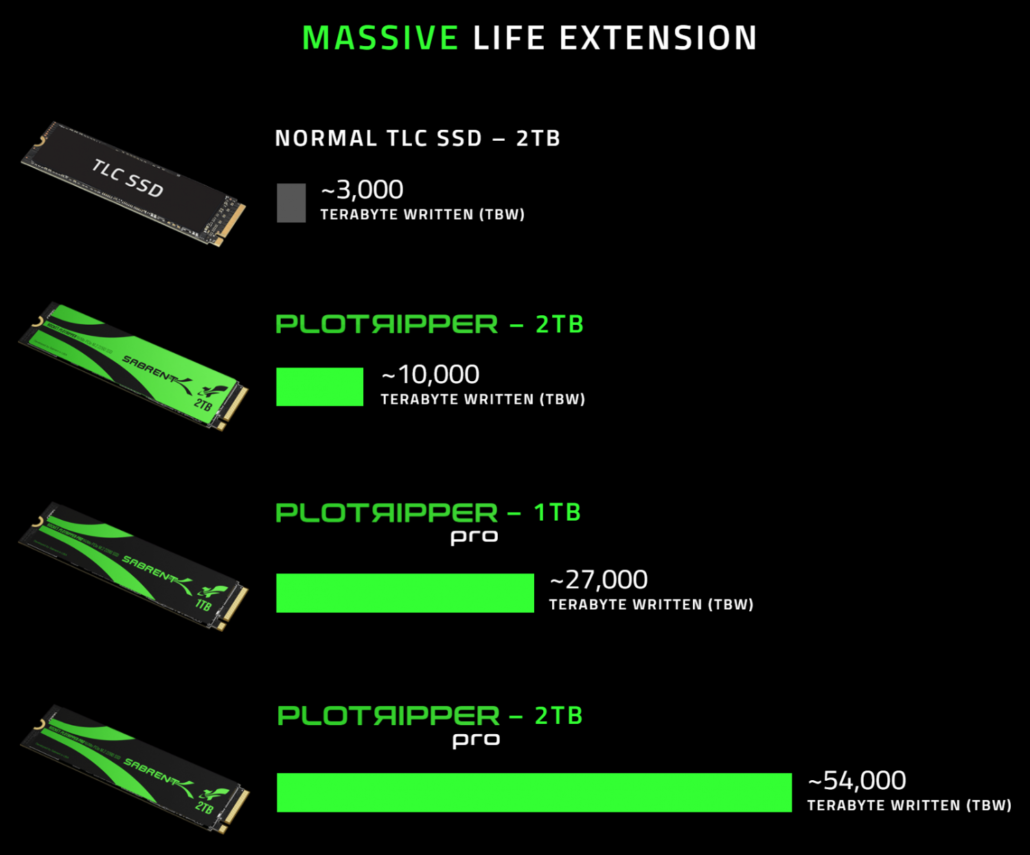 Sabrent has not yet made the pricing and availability available, but they do say it will be the "best unit cost for plotting." It will most likely be the choice SSD for the Chia miner. For the consumer out there who is mining Chia, don't mine Chia on your consumer-grade SSD, it will die pretty quickly.