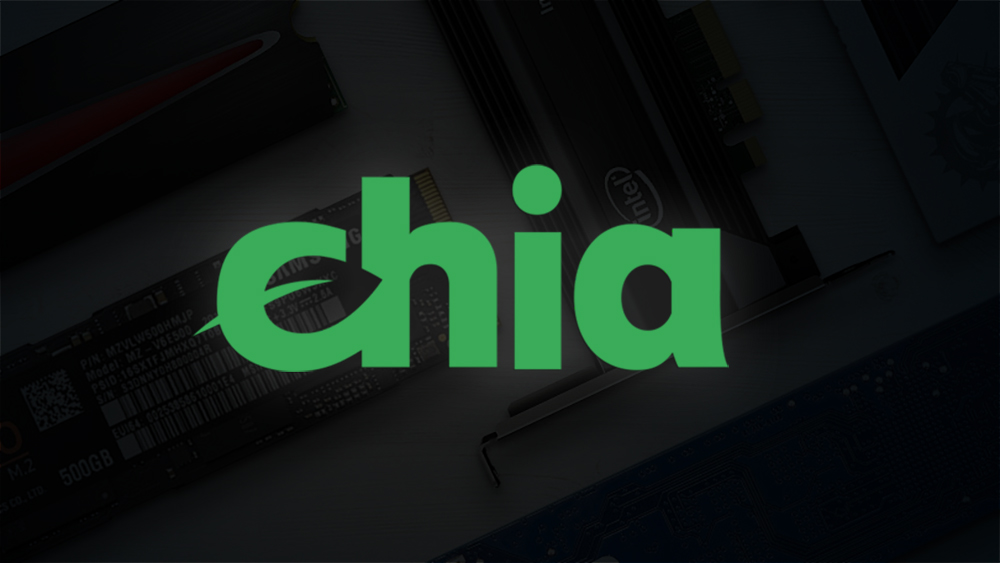 Chia cryptocurrency made headlines a month ago when hard disk drives started going out of stock in certain Japanese markets. The size of the cryptocurrency's network at that time was a little under 600 petabytes. In a month, the network has grown exponentially from 600 PiB to 10 EiB - which is an absolutely insane amount of storage space. Oh, and seeing how Chia works, this also means that a metric ton of NVMEs were involved in the plotting stage (more on this below).

Let's go over some fundamentals first. Mining Chia involves two distinct stages. The first stage is called plotting. Plotting is another term for writing the lottery tickets (called plots) in Chia. The second stage is called farming (where you sit and wait, hoping your plots win a block). Plotting is heavily reliant on the processing power available, RAM and most importantly, a fast temporary drive. The most common-sized plot is K32 or 101 GiB. To write 1 K32 plot, you would need at least 2 threads, around 3.4 GiB of RAM and roughly 1.6 TiB of writes. Yes, you read that right. Writing 1 K32 plot burns 1.6 TiBs of writes off your NVME. 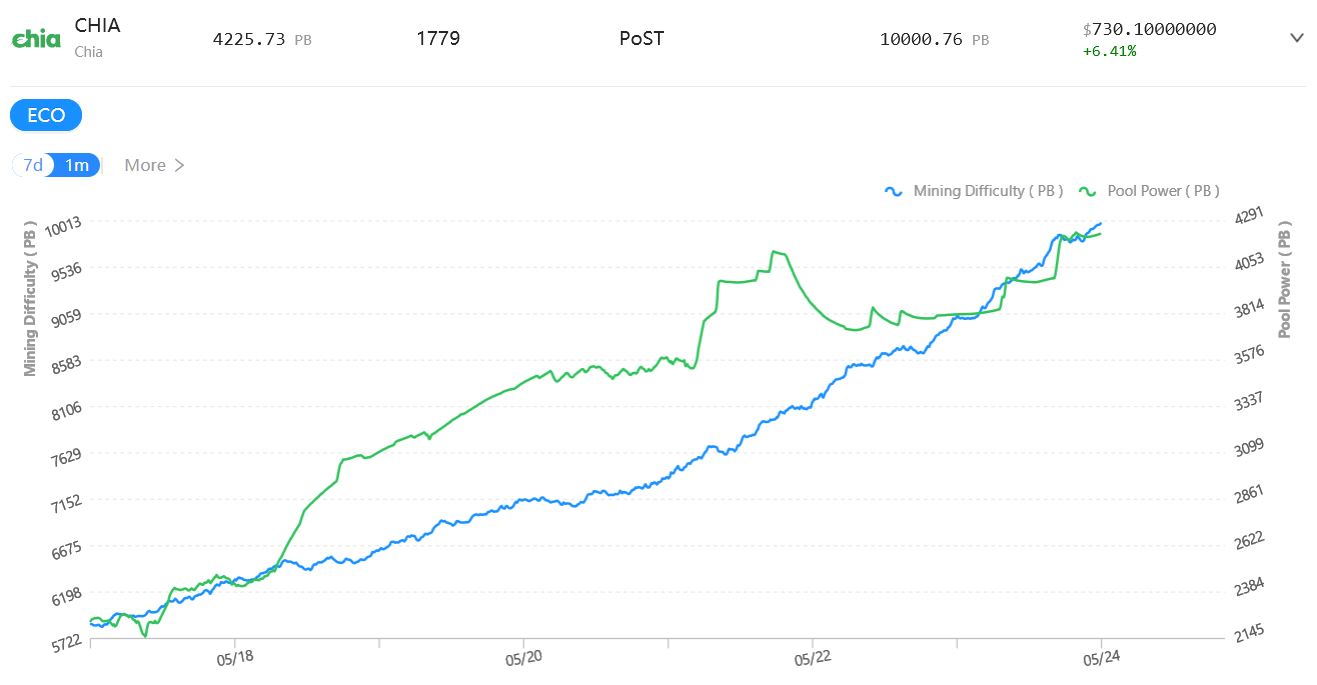 Chia broke the 10 EiB storage limit a few minutes ago (at the time of writing).

So someone that is planning to write 100 TiB of plots (or 1010 plots) will burn through 1.6 petabytes of NVME writes! That means Chia absolutely eats NVMEs for breakfast in the plotting stage. The Samsung 970 EVO Plus (1TB) for eg is rated at 600 TBW (total terabytes written) and can only write 375 chia K32 plots before burning out. Of course, once the final K32 plot is ready, you need to store it permanently before you can farm it and that is where your hard drive space comes in.

Think about that for a second. A network space size of 10 EiB means that there are roughly 105,891,699 K32 plots in existence (in reality there is a mix of K33 as well, but that doesn't change the calculation much so let's not get into that right now). Each K32 plot required 1.6 TB of writes to create. So in other words, people have already burned 186 Exabytes worth of NVME writes to get to the total 10 Exabyte Chia net space output!

Now to be fair a lot of people have been plotting on HDDs directly, so not *all* of this write happened on NVME flash. But considering plotting on HDDs is a very slow task and most serious mining operations with 250 plots per day are using NVME, we can safely guesstimate that the vast majority of these writes were on flash memory.

Chia was founded as a green alternative to Bitcoin (mining Chia uses exponentially lower electricity, especially in the "farming" stage) by BitTorrent creator Bram Cohen. Memory and NAND manufacturers must be having a field day and with Chia netspace showing absolutely no signs of stopping, we can only urge that readers buy NVMEs and storage while they still can. Chia is the first popular cryptocurrency you can mine on storage and if GPUs are anything to go buy, this market might soon go into an over-demand/under-supply situation as well. So if you are looking to do a DIY build in the near future, we would suggest buying your NVME/HDDs before they run out. It is truly one of the worst times to be a DIY gamer.