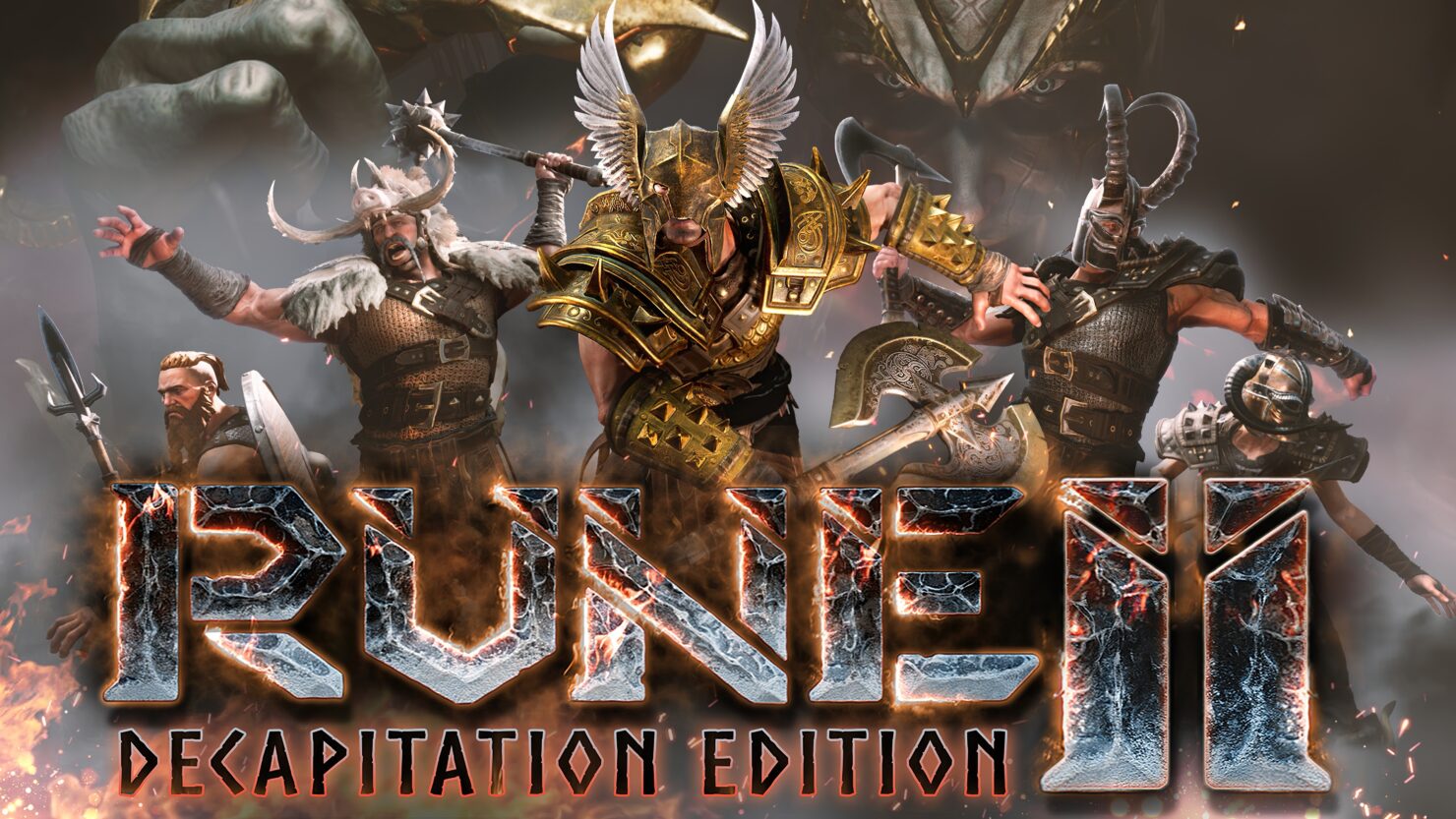 But if you have heard of Rune II more recently, it’s probably because of the ongoing lawsuit that now encompasses Bethesda/Zenimax as well as the other major players from the rocky launch last year. On top of the legal battle raging behind the scenes though, Ragnarok Game have founded their own development team called Studio 369 to continue developing Rune II and transforming the lackluster original launch into the game they wanted to publish.

The results are incredible for an eighteen-person team and less than a year of work.

If you missed it the first time, Rune II was an open world action RPG where you took on the role of a Viking trying to survive after Ragnarok, the Norse end-of-the-world myth. Most of the Gods were gone, monsters now roamed the world and your task was to smash them, before defeating the one ultimately responsible, the usual mischief-maker: Loki. It was an interesting premise that unfortunately failed at more or less every turn. The game was dark, the missions sparse, and the world barren. 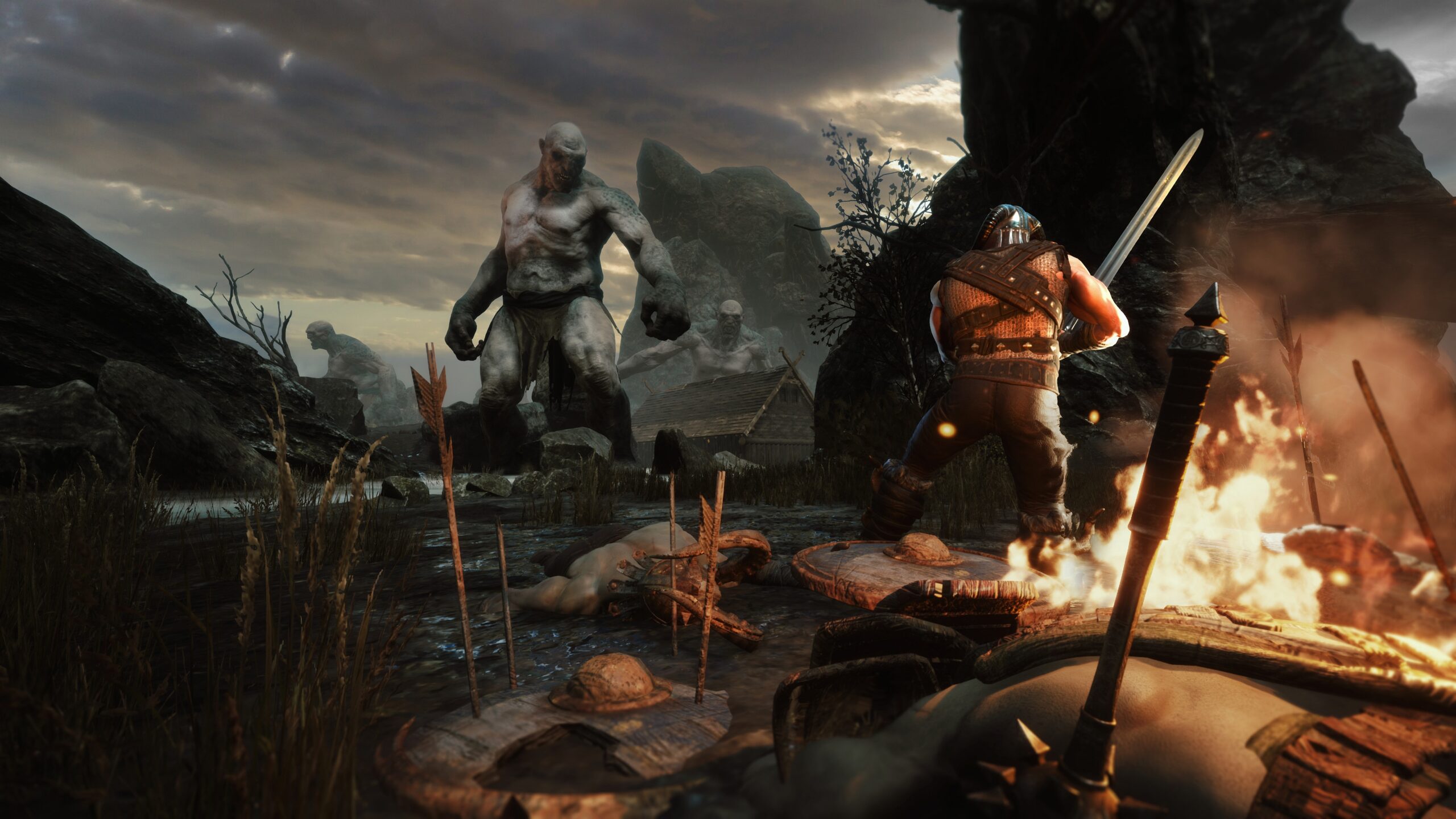 Rune II nowadays is very different as I discovered when I took the opportunity to check out the Steam ‘Decapitation Edition’ ahead of its launch (scheduled for November 13th) with some members of the development team and publishing team, who've been working together to correct the strange course of events that plagued this game a year ago.

The start of the game is bright, the environment immediately detailed. It looks like how you might imagine the rugged Nordic fjord looking, except for the plethora of monsters. I could write an entire paragraph just listing the things that have improved since I last played the game a year ago, but it’s just easier to simply say that the entire game has improved.

As I got to grips with the almost overwhelming improvements, Mitch Alpiner explained some of the many tweaks made to the game that I couldn’t immediately see. The world is much bigger to start with, having somewhere between 200% and 300% more landmass for your Viking to roam. To go with that, there are hundreds of more quests to discover and complete, several of which take you delving deep into dungeons. And with those new missions, there's now over 2000 more voices lines recorded for the other NPCs you’ll meet along the way. The original game only had voice talent for the Gods you’d encounter, but now even the villagers you meet will have something to say. Some of this voice talent comes from various streamers and members of the community that have supported the game since the start, and while that is sweet, you can tell that some aren't exactly of professional caliber.

But voice acting is one small thing, and it's nice to hear that the development team are getting the support they need, given the huge challenges they’ve faced.

“It was like standing with your buddy, overlooking the Grand Canyon, and then the dude just pushes you right into the abyss. You’re falling to your death and you’re not even sure what happened,” explained Sam Goldberg when I asked what it was like when the game launched. Because it wasn’t just a shoddy game, it was what felt like a betrayal to the entire team. The publisher felt blocked out as the game first approached launch. They couldn’t get any answers from Human Head, weren’t invited to the studio to celebrate the launch. And even more damning, according to Sam they only discovered through the press that Human Head Studios had dissolved only to coalesce back into Bethesda as Roundhouse Studios.

“To make matters worse, they held the code and assets hostage for months after launch. We were literally, physically incapable of supporting the game” continued Goldberg, emphasizing the far from ideal situation they were left in. “In the end, we had to hire attorneys to get access to the assets and source code.”

This January, once they had managed to wrestle control of Rune II back to themselves, they formed Studio 369, named for a famous quote of Tesla, to continue the development of the game they had spent two years working with Human Head Studios to create. 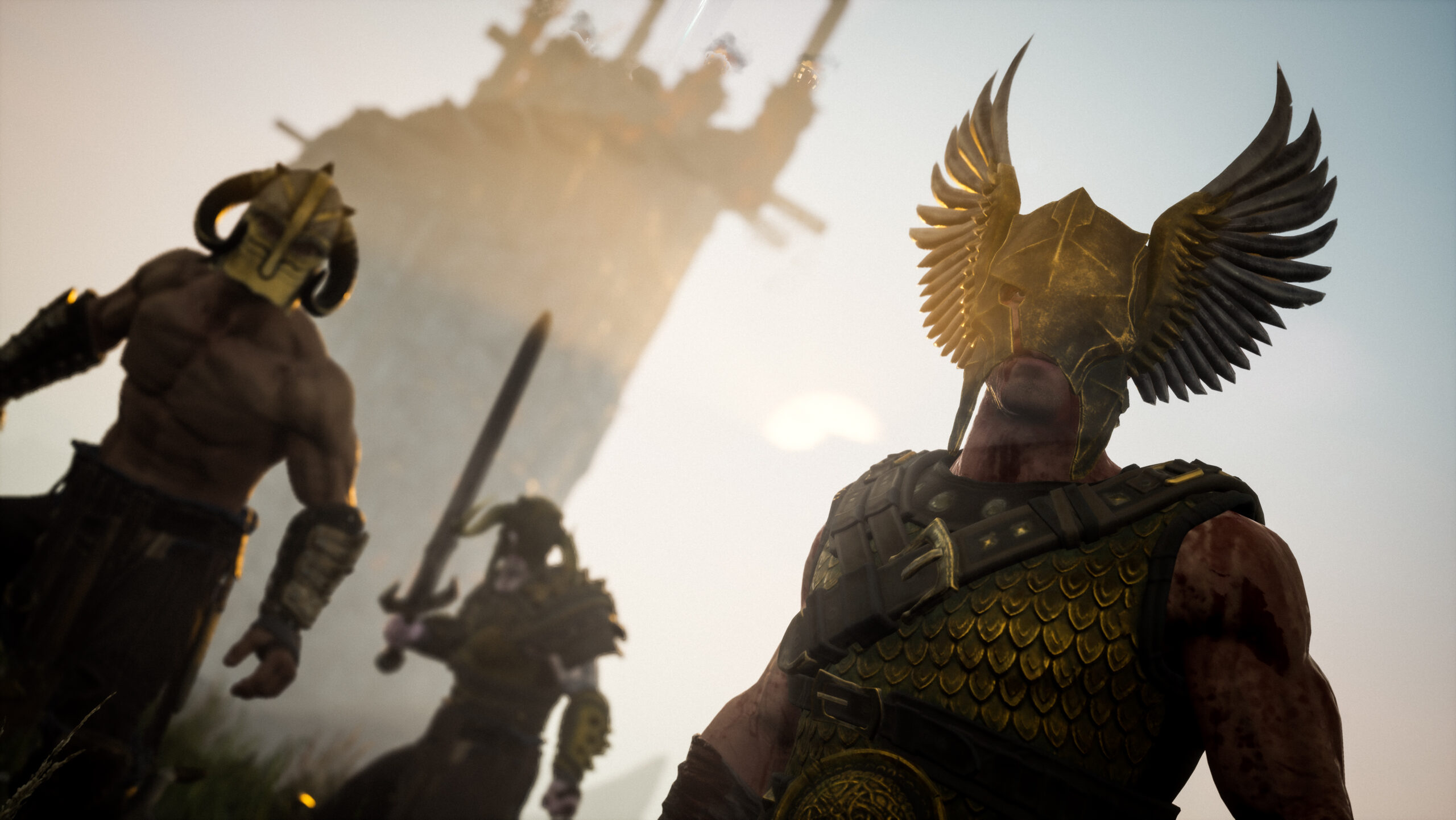 But in less than a year, they have created a game that is head and shoulders above what we saw last year, even without Human Heads involved (pun intended). Whether or not it can compete with something like Bethesda’s own The Elder Scrolls V: Skyrim is yet to be seen, but it feels like its own completed game that has a lot for its dedicated fans, and hopefully new ones too, to enjoy.

One feature I found very interesting is how it ties the worship of the Norse Gods to its skill tree system. Each skill tree in Rune II is dedicated to one particular surviving God: Odin, Thor, and Hel. A final skill tree is dedicated to the heretic that chooses not to worship any of the Gods. But whatever deity you pick, you’ll still have access to the others' skills, though certain bonuses and ultimate skills are only available to the faithful ones.

While it sounds a little complicated, rest easy knowing that you’re able to reset your skills for free at any point in time, allowing you to be as experimental and versatile as you want. In the hour-long session, I tried utilizing Odin’s skills to support the team, Thor’s skills to empower my attacks, and Hel’s skills to bring death to my enemies.

Other little touches in the game are just fantastic. You can fell trees to gather supplies to build and rebuild villages in the wake of the end-of-the-world. While this in of itself is relatively minor, the fact that a falling tree can kill a teammate is undoubtedly hilarious. And within the PvP part of the game, I can only hope there will be some dedicated tree falling competitions.

There are still several weeks until the launch of Rune II: Decapitation Edition and the build I played wasn’t the most recent they had available, according to Studio 369. But seeing the dedication and passion this team has for the game, and the vast improvement they have made in such a short space of time, the Steam launch is looking more and more interesting. And whether or not the lawsuit brings them the $100 million they are asking for, they’ve already had a few, more subtle forms of revenge.

In the game you can collect a variety of thrown weapons, one of which is the human head grenade - “a throwable grenade that is very unreliable, rarely delivers results, and smells bad.”