Anthem’s Early Development Detailed, Game is the Result of 20 to 30 Different Pitches 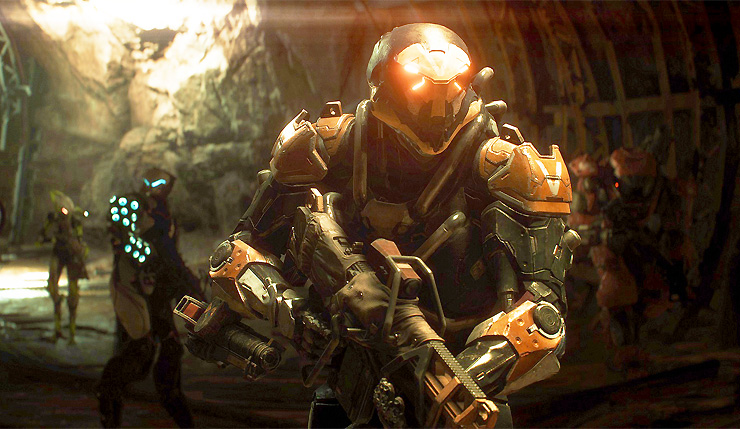 The creation of BioWare’s upcoming co-op action-RPG Anthem has been a long, and rather mysterious, process. Development of the game, originally known as Codename Dylan, began in 2012 and remained under a heavy veil of secrecy for years. How did Anthem arrive at the place it is now? What was the early creative process like? In a new interview with Game Informer, BioWare general manager Casey Hudson shed some light on the process.

“We had people from all around BioWare and throughout the team pitching ideas. We did 20 or 30 different original [pitches] during the first pass. We'd all go off, and you're inspired by something […] and you're, 'Hey, I think I know how everything should be" and you write that all out and you pitch it. It's really interesting, because [...] you get a value system around what you like and what feels right, but then you start to say, 'We liked this one part of [this pitch], but the rest of it didn't work, but we like this other thing and the two sit really nicely together.' That was the process we used to get off of the blank page.”

Hudson actually left BioWare for a couple years during the development of Anthem, but he says this time away from the project was actually a positive thing…

“It was a remarkable experience to start a new IP, then go away for a few years, do some other things, and come back and see where the team had gotten to. It did work out remarkably well, because where we left off […] we were at the stage of a new IP where you start many, many ideas. The [project] can be many different things at that point, then you have to start narrowing it into what it needs to be. I think the team did a great job of narrowing it into something very specific.

They narrowed it to a really interesting hook, which is -- if you imagine an amazing science-fantasy setting, but the gods that created the world vanished before they finished it. But, they left their tools behind, the tools that have the power to shape the world, and so it creates a very chaotic world. A world that has yet to be finished and determined and the power of that is in the hands of the player. It enables us to do all we want to do with the story, but also the gameplay and experience we're trying to deliver.”

You certainly can’t accuse BioWare of not putting a lot of thought into Anthem. According to Hudson, this is the biggest project the studio has ever made, with “rich lore” and a huge, memorable world – let’s hope the ambitious gamble pays off.

Anthem boosts onto PC, Xbox One, and PS4 on February 22, 2019. Origin Access Premier members will be able to play the game a week early on February 15.