Vikings really are a thing again, aren’t they? From the indie titles like Bad North to the massive blockbusters like God of War, the Northmen are sending raiding parties across the entirety of the games industry. Rune II is hardly the vanguard of this movement, but it's hard not to notice it on the longship with its grimdark palette and big, pointy horned helmet. Still, it is unfortunately completely forgettable when you start playing.

Rune II could probably be most easily associated with the multiplayer action survival genre like Rust or Conan Exiles, but it actually stands apart from them. Players will get to fight all sorts of great Norse beasts as they gather supplies and upgrade themselves and their equipment, except all of this is done without any personality. Rune II looks exactly like what you expect, plenty of grey, plenty of blood and glowing bits of scenery to tell you this is something important. The action is hollow in an almost literal sense, it feels like there should be more than what’s on offer as if something important was missing but is never revealed. It is button mashing at its most basic with combat that feels somehow more shallow than The Elder Scrolls V: Skyrim.

Dead in Vinland Review – Another Flavor of Viking Greatness

The first island of the game gives a pretty comprehensive clue as to the tone of the game and its simple combat. To start with you’ll encounter a handful of human enemies that can be killed by attacking them and walking backward, then you’ll uncover the boss who is killed by killing it and walking backward, by further. As you progress the combat doesn’t get much more exciting, but you will at least get the pleasure (if that's your thing, anyway) of grinding for material and experience so that your weapon does more damage.

The setting is Ragnarök, the Norse apocalypse and a backdrop for so many modern takes on Viking tales. It doesn’t do much different than any other story, either. The big bad is Loki, surprising exactly no one, and the player is some fabled hero that might be able to turn back the chaos and save the world from Ragnarok. It's inoffensively benign and almost impossible to be excited about.

Some of the level design in Rune II isn’t bad, the maps are big and varied enough to momentarily appeal. And yet exploration yields nothing but material for upgrades and lore stones. There was obviously some work put into the story, the audio diary style delivery feels tacked on to the action as an afterthought. The enemies are varied as well, you will encounter so big nasty looking monsters but in the end they all seem to behave (and die) in the same way. You’ll also get to change your loadout if you want, but while different weapons have different attacks, they all feel the same. And the missions you are assigned are boring and repetitive as they invariably involve slaying some beast or collecting some resources, without any meaningful story.

On top of all of that, the crafting system is never really explained. A good system will immediately show you want you to want to make, give you goals to reach for and a satisfying reward. Rune II, on the other hand, is a mess of boring menus that don’t mean anything to the players and give you nothing to strive for. Building sites also mean that although you’ll have an open world to explore, you can only ever use small areas to try and build your settlement.

Then there’s the multiplayer. As I said in the beginning, Rune II could be loosely associated with the multiplayer survival games like Conan Exiles, but it's not nearly as populated, and the survival aspect isn’t nearly as exciting. Instead, you’ll sometimes see other players running around the same island as you, and that’s about it. But having played the game a lot around launch, it already feels quite barren, the servers may well be more empty by the time you get a chance. This isn't very surprising, though, when you consider what happened with developer Human Head Studios just after Rune II launched.

And that’s pretty much the whole game. It feels like there should be more, like behind the barebones combat and exploration there was meant to be more, but for whatever reason, the finished product lacks the depth it was meant to have. It is not an inherently a bad game, just an uninteresting one. Nothing in it is fundamentally broken, it's just lacking anything to get you actually excited. For a game based on Vikings, a culture famous for its brave and bold exploration, it takes no risks and thus reaps no rewards. 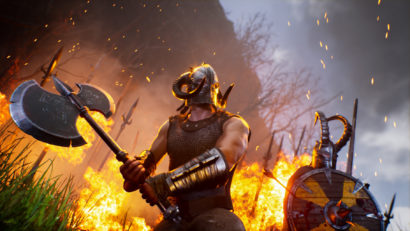 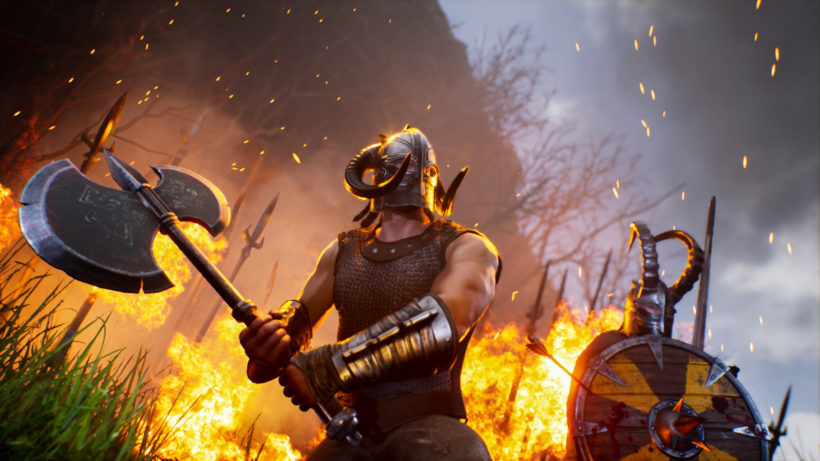 Rune II lacks the imagination, experimentation and fleshed out mechanics that would have made stomping through the Viking end times a fun experience.