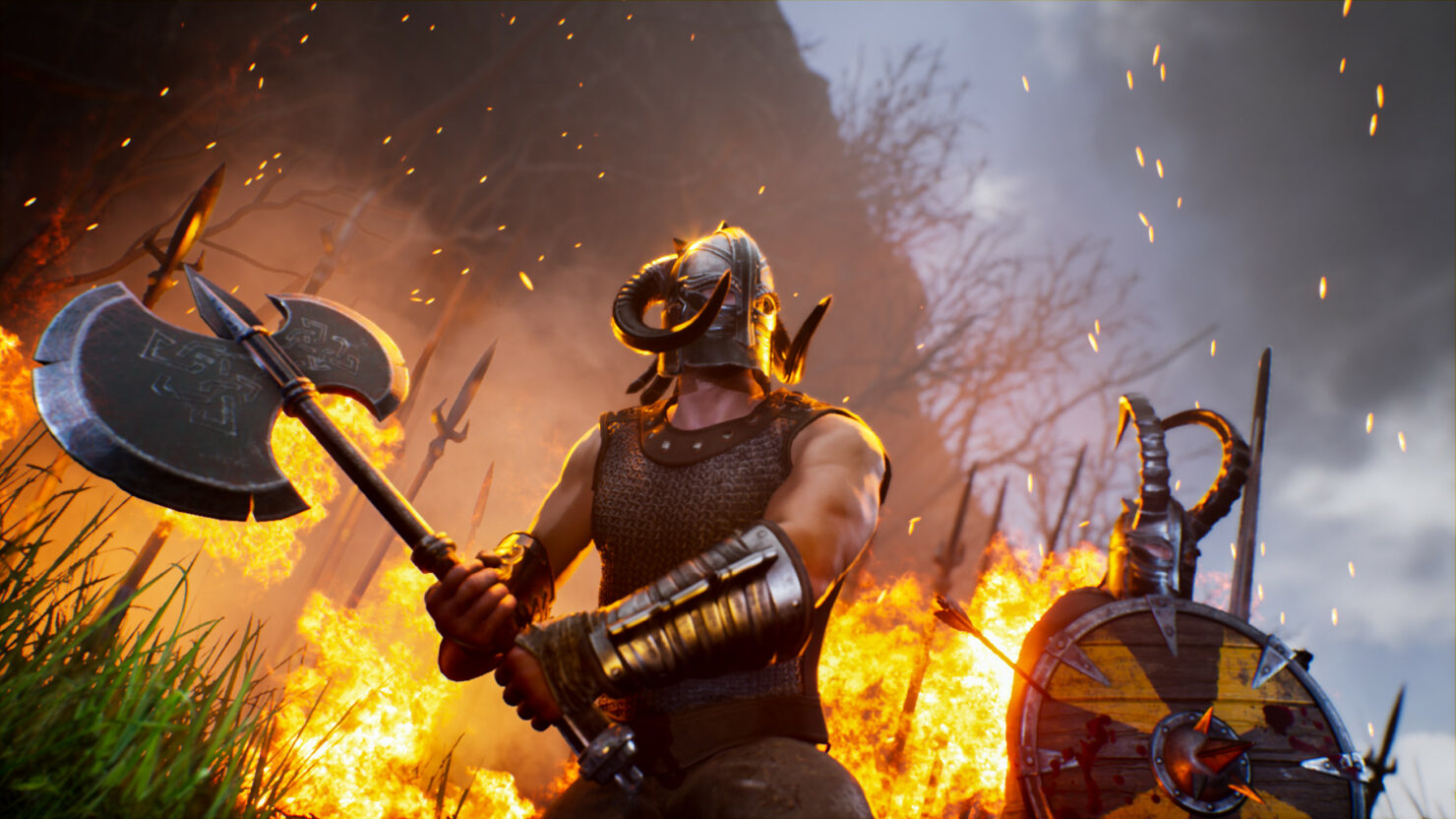 The ongoing legal conflict between Rune II publisher Ragnarok and Human Head Studios has hit another turning point, as the filed lawsuit has recently been amended to include Bethesda, Zenimax and Roundhouse Studios as co-defendants to the case. As a reminder, Human Head Studios was acquired by Bethesda/Zenimax and renamed as Roundhouse Studios shortly after the launch of Rune II.

Rune II, while off to a rocky start as Rosh Kelly noted that 'the finished product lacks the depth it was meant to have' in his review, had bigger problems to contend with following a lawsuit filed against the founders of Human Head Studios by none other than the publisher, Ragnarok Game LLC. In the lawsuit, the claimants Ragnarok Game LLC sought to 'remedy the substantial harm caused by the fraud and other egregious misconduct perpetrated by Defendants.'

191. In the months leading up to the launch of Rune II and in the weeks after the launch
of Rune II, Human Head acted in concert with Zenimax to sabotage the release of Rune II.
192. The November 4, 2019 transaction, in which Zenimax formed Roundhouse to
purchase Human Head’s assets and in which Zenimax then hired all of Human Head’s personnel, leaving Human Head as an empty shell corporation with no assets and only liabilities, was a de facto merger. Through this de facto merger, Zenimax acquired control of all of Human Head’s assets and personnel.
193. For the period of time from November 4, 2019 until November 13, 2019, which
comprised the week preceding the launch of Rune II through the day after launch, the principals of Human Head were simultaneously employees of Zenimax.
194. As agents of Zenimax, the actions undertaken by Human Head’s principals were
performed with full knowledge, license, and at the instruction of, Zenimax.
195. Through its instructions to its employees, Zenimax worked in concert with Human
Head to sabotage Rune II. Human Head, Zenimax, and Bethesda thus worked in concert to harm Plaintiffs.
196. Through their refusal to turn over the Game Assets, Human Head’s principals,
acting in their dual capacity as Zenimax employees, made it impossible for Plaintiffs to rescue the sabotaged launch of Rune II

Rune II's first appearance at E3 led to some drastic changes with the community team. Due to 'poor E3 performance and lack of influencer engagement,' the community manager for Rune II was replaced and directed to focus on influencers and social community to control the narrative of the project. According to the brief filed yesterday, Ragnarok 'was compelled to engage a marketing firm and use creative techniques due to Human Head’s development delays and Rune II not being
ready to show publically.'

The dissolution of development surrounding Rune II ended some time before the development of Milestone 23, with Ragnarok Game LLC's Matt Candler commenting on the roadmap for what could have come to the project.

Beyond that, who knows. I know what this game COULD become . . . . it’s in gathering a group of your friends and jumping on a boat and going on raid and getting loot. Ideally the World supports this process over and over via asymmetrical PVP elements. One team builds up their base, another Team raids it – is repelled or succeeds and the base is protected or raided. . . . If HH wants to keep working on Rune II and go on this journey, well HH has the first crack at showing me a plan for what I know this game COULD become.

You can read the complete legal complaint HERE, complete with some select redactions surrounding the testifying by Human Head Studios and Bethesda's Rob Echter.